Initial users of the ARDC's self-assessment program for lawyers who don't carry malpractice insurance are giving the program high marks, the commission reports. 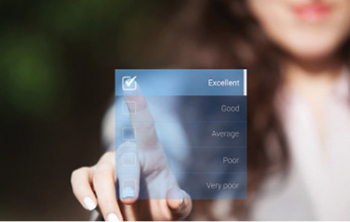 The Illinois ARDC has implemented a new, first-in-the-nation self-assessment program for practicing attorneys that do not carry malpractice insurance.

The program, known as proactive management based regulation (PMBR), is an interactive online course split into eight 30-minute modules. Now that PMBR is up and running, the ARDC has compiled some initial statistics about the program's usage and the feedback from lawyers that have participated.

James Grogan, ARDC deputy administrator and chief counsel, says the initial response is promising, with what the commission regards as some encouraging preliminary statistics. The program was launched for viewing on December 21, 2017. Between that date and January 31, 2018, 1,188 lawyers registered to take some or all of the PMBR courses.

Grogan notes that the eight modules can be done all at once or in parts. Attorneys can do the courses 30 minutes at a time, take larger chunks at once, or even complete all four hours in one sitting. Although the ARDC only has feedback from these 1,188 attorneys, Grogan says that from the launch of the program through March 8, 2018, there have been a total of 4,141 registrants for PMBR.

He says the ARDC is constantly assessing the courses and looking for ways to improve them; feedback from registrants is critical to this goal. Most of the initial registrants have viewed the technology and ethics module, Grogan says. Of those, 76 percent rated the course excellent or very good, and 18 percent rated it good. Only five percent said it needed improvement.

Another module, which covers conflicts of interest, fared similarly well, Grogan says. 74 percent of registrants rated it as excellent or very good, 21 percent rated it as good. Only three percent said the program needs improvement.

Participants are also asked whether they would recommend the PMBR courses to others. A whopping 93 percent said yes with regard to the technology and conflicts courses; 95 percent said yes about the fees, costs and billing module, as well as the trust accounts and record management module.

It can be a big benefit for new solos who are trying to lower initial overhead as well, Grogan says. So far, the ARDC has been pleased by the preliminary data indicating that people actually enjoy the content.

PMBR is part of the ARDC's effort to focus on prevention over prosecution. The wellness and diversity components may be of particular interest to all practitioners - the most recent amendment to the MCLE rules require a minimum of six CLE hours for each two-year period be in the area of professionalism, civility, legal ethics, diversity and inclusion, or mental health and substance abuse. Completing PMBR is one way to get those credits for free. According to the ARDC, 30 percent of its cases involve attorney wellness issues.

For more background about the PMBR movement, see the June 2016 IBJ cover story at https://www.isba.org/ibj/2016/06/preventiveregulation.

Erratum: The original version of the LawPulse item from last month entitled “Decades-old maintenance deduction eliminate by new tax law” reported that the change expires in 2025. In fact, the elimination of the deduction is not set to expire. We regret the error and have removed it from the online version.