Will increased engagement by Millennials lead to civic reform? There's reason for optimism. 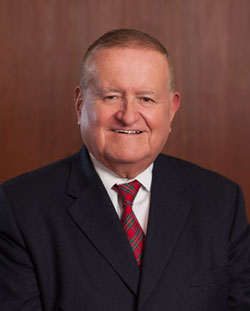 The debate continues to rage about whether Millennials will be joiners in the conventional sense (e.g., willing to join associations and professional societies as their Boomer parents are). However, it's clear that the recent school shooting in Florida has energized many Millennials and their Generation Z counterparts in high school to take collective action.

Perhaps this activism will inspire greater participation by young voters across the political spectrum, including increased interest in running for office. It would be a welcome development for our state and our nation.

It's never too early for citizens to begin shaping the political landscape. Members of each generation - the Baby Boomers, Generation X, Millennials, and Generation Z - have their own perspective and their own priorities. Democracy works best when everyone participates in our civic life, if only to cast a vote on election day.

Maybe greater participation by young voters would lead to more consensus-building by federal and state officials and a higher level of public discourse and accountability by officeholders. Wouldn't it be refreshing to have a smoothly functioning state government in Illinois, without the infighting and dysfunction we've suffered for many years?

It was wonderful to be present when the Illinois Supreme Court convened a session a few weeks ago at the University of Illinois College of Law. A packed auditorium of law students witnessed the supreme court hear three cases, with impressive young attorneys making the arguments.

Perhaps a new generation of political leaders - many of them lawyers, no doubt - will lead the charge for campaign finance reform to make it easier for people who have talent and commitment but not vast personal wealth to run for office. Perhaps they'll demand that political districts be drawn in a way that puts ordinary citizens first, not incumbents and political parties.

Most worthwhile reforms are the result of citizen involvement. The current system has been criticized as being designed to keep citizens out and insiders in. It is much harder to push aside the interests of ordinary citizens when voter turnout and civic engagement are high, especially among young citizens who are less invested in the status quo.

Chicago voter turnout in the recent primary, while far better than in 2014, was still embarassingly low at approximately 30 percent. Despite all efforts, primary election turnout has remained abysmal. The message from voters seems to be "there's no one to vote for."

And the ISBA? We are fortunate to have thousands of talented, energetic young members. They are the future leaders of the bench and bar - in fact, many of them are leaders already. I've enjoyed meeting young lawyers from across the state during my term as ISBA president. I am pleased to report from personal experience that the future of the profession is in good hands.