Q. How do you prove the date a certified letter was mailed when opposing counsel disputes information obtained from the letter's tracking number and the United States Postal Service refuses to sign an affidavit? 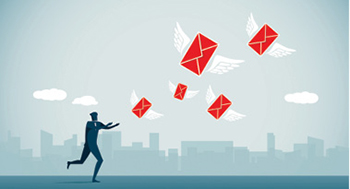 We need to prove that a letter sent via certified U.S. mail was mailed on a certain date. We have the tracking number and can show, from the USPS website, the dates it was sent and received. However, the defendant disputes the USPS's tracking information and is forcing us to prove the mailing date by other means. We have already asked the USPS, via a subpoena, to sign a simple-form affidavit that would self-authenticate the document under Illinois Rule of Evidence 902(11). However, USPS says its policy is never to sign these. Does anyone know how to get the USPS to provide a self-authenticating document showing mailing dates for certified mail?

Ted Harvatin, Springfield. Often, though not always, when you explain to the recipient of an information request how a subpoena works, they remember how to be flexible. That being said, I think you offered the missing piece of the puzzle: Show the judge the tracking code, which will also make the other counsel look like an obstructionist.

Bryan Sims, Naperville. Send out a corporate representative subpoena for an evidence deposition and follow the rules found at 39 C.F.R. 265.11 and 265.12.

Adam Whiteman, Chicago. I would think that an affidavit from the person who prepared the package and placed it for mailing and obtained the tracking number and delivery confirmation would suffice-along with an additional statement that it was not returned to the sender. I really find it hard to believe that the judge would need an affidavit from USPS. If personal delivery was required, then that is what should have been ordered through a private process server.

Mark Moreno, Chicago. You can argue the tracking information is admissible as a public record under Illinois Rule of Evidence 803(8).

Mark C. Palmer, Champaign. You could go with the "two-punch" Illinois Rules of Evidence 902(5) and 803(8): First, that it is a self-authenticating public record (see Chapman v. San Francisco Newspaper Agency, 2002 WL 31119944 (admitting a printout from the "'Track & Confirm' page at the USPS website" because the "USPS qualifies as a public agency" and the "delivery confirmation is a record of the activity that the USPS carries out-namely the delivery of mail")); and second, that you are taking judicial notice of information from an official website (see Laborers' Pension Fund v. Blackmore Sewer Construction, Inc., 298 F.3d 600, 607 (7th Cir. 2002)).

Remember, too, that Rules 902(5) and 803(8) deal with threshold admissibility, not the weight afforded by the fact finder. I think evidence discovered by entering a tracking number in USPS's website is very much in your favor as far as credibility, even to the level of judicial notice. The party against whom the evidence is admitted is free to attack its credibility or weight with all the concerns about reliability that often are directed against admissibility (see Rule 104(e)). Add that point to your response to any objection that opposing counsel might raise.