Four of the Illinois Supreme Court’s seven seats are in some state of play in 2020. 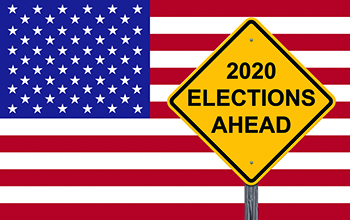 More than half of the Illinois Supreme Court’s seven seats will be up for consideration in next year’s elections, an anomaly for the state’s highest court, where the justices’ 10-year terms are staggered.

The last time four of the court’s seven seats were in some state of play at the same time was in 2000, according to John Lupton, executive director of the Illinois Supreme Court Historic Preservation Commission.

In 2020, two justices will be up for retention: Justice Robert Thomas in the Second District and Justice Thomas Kilbride in the Third. The two justices have until May to decide whether to seek another 10 years on the bench. If they do, they’ll be placed on a nonpartisan judicial section of the ballot in November. They also will benefit from a very strong pattern: No Illinois Supreme Court justice has ever lost a retention vote since the start of retention elections in 1964, Lupton says. At least 60 percent of voters must agree to retain a justice.

Justice P. Scott Neville, one of the three justices from the First District (Cook County), was appointed in 2018 to replace retiring Justice Charles Freeman. Appointed justices must run in the next available even-year election to keep their seat. Several prospective candidates have already publicly stated their interest in running against Justice Neville, who passed an early test this summer when the Cook County Democratic Party endorsed him over other prospective candidates. Although Justice Neville could face challengers in the primary and general elections, history also is on his side. The only appointed Illinois Supreme Court justice to lose an election was Justice S. Louis Rathje, who was appointed to the court in 1999 but finished third in the 2000 Republican primary (Justice Thomas was the first-place winner and would go on win in the 2000 general election and later earn retention in 2010).

Justice Lloyd Karmeier’s recently announced retirement, effective December 2020, guarantees that a new justice will occupy the court’s Fifth District seat. At least two appellate justices from the district have expressed interest in running. The last time the seat was contested was when Justice Karmeier defeated then-appellate Justice Gordon Maag in a hard-fought, $9 million race. At the time, the contest was considered the costliest judicial race in U.S. history. 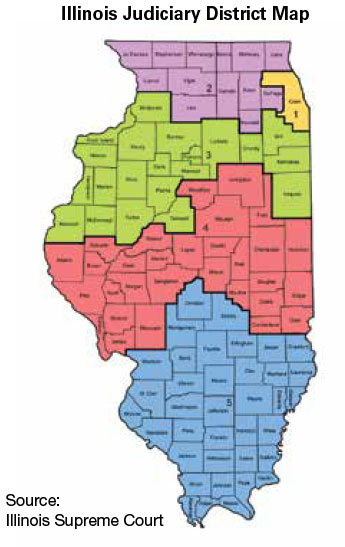 As of Oct. 31, the Illinois State Board of Elections was aware of about 75 judicial vacancies at the supreme, appellate, and circuit court levels. Most of the 75 concern circuit-level vacancies (only three appellate seats are considered vacant—two in the First District and one in the Fifth) and are nearly evenly split between Cook County and the rest of the state. Appellate justices, like their Supreme Court colleagues, serve 10-year terms. Circuit court judges serve six-year terms.

The ISBA provides voters with in-depth information about judicial candidates. The association’s Judicial Evaluation Committee performs background investigations of appellate and Supreme Court candidates and conducts in-person interviews with each one. The committee then ranks the candidates as “qualified,” “highly qualified,” or “not recommended.” These rankings are made available to the public and are considered the official opinions of the ISBA.

The ISBA’s advisory poll takes on more of a democratic flavor. Conducted in all counties except Cook, the poll is sent during primary and general election seasons to all ISBA members in the circuit or district where a judicial election or retention decision is taking place. The poll may only be taken by licensed attorneys, including, upon request, by non-ISBA members and attorneys who’d like to vote in a district or circuit in which they do not reside.

The advisory poll asks various questions that target a candidate’s integrity, impartiality, legal ability, temperament, health, sensitivity to bias, court management skills, and whether the candidate meets the basic requirements of the office. Some questions vary based on whether the candidate is running for election or retention. For candidates and retention seekers to be “recommended,” they must receive 65 percent approval from poll takers. Advisory poll results also are made public, but are not considered official ISBA endorsements. (A similar poll is given for the retention of associate judges, even though associate judges are retained by circuit court judges, not the public.) 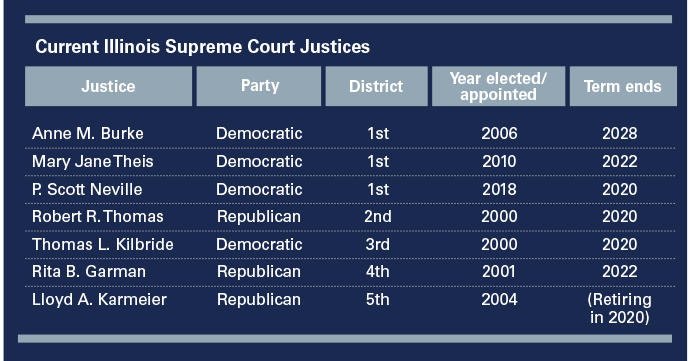