Jesse Paul Padilla—Someone you should know 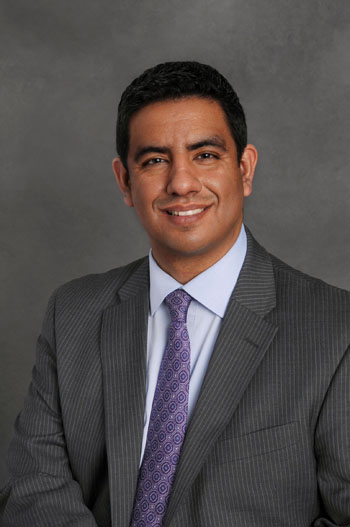 The mission statement of the L.R.E. Committee speaks to a lawyer’s role in society in assisting in enhancing non-lawyers’ understanding of our great judicial system. By inference, attorneys are charged with a responsibility to be role models in all their various endeavors. Those attorneys that best meet these expectations should be recognized.

Jesse Padilla is currently employed as in-house counsel for the Illinois Agricultural Association (COUNTRY Financial). He has been practicing law for about 11 years and has been with COUNTRY Financial since 2008.

I first met Jesse in 2011 when he was my mentee through the McLean County Bar Association Lawyer-to-Lawyer Mentoring Program. While he was not a “new lawyer” per se he had a desire to expand his network beyond other in-house counsel.

Jesse is an active participant in the McLean County Bar Association. Since 2013 he has served as Co-Chairman of the Lawyers in the Classroom Committee and has, through that committee, spoken to elementary school-aged children regarding the workings of our legal system, both in Spanish and in English. Currently, in his capacity as co-chair, Jesse is organizing a pilot project and joint effort between the bar association, Conexiones Latinas and Illinois Wesleyan University to work with bi-lingual students. Jesse is also working on creating a Diversity Committee for the McLean County Bar Association.

Following his involvement in the McLean County Lawyer-to-Lawyer Mentoring Program, Jesse served as mentor to a Northern Illinois University Freshman through the Learning and Leading Program. The program is co-hosted by COUNTRY Financial and State Farm.

Recently, Jesse graduated from the Multicultural Leadership Program. The program is limited to a class of 26 hand-selected individuals with the drive and desire to serve their respective communities through leadership. The program is an intense professional development curriculum that provides a framework to those with an interest in and potential to step into community leadership roles.

In addition to the foregoing, in the recent past Jesse has also volunteered his time serving as a Council Member for the First United Methodist Church and as Vice President of the Professional Latino/Latina Allstate Network.

Jesse and his son live in McLean County. Those of us who know him respect his professionalism and admire his dedication to the legal community and, more importantly, to the community at large. All of us should be leading by the kind of example set by Jesse Paul Padilla. ■

Back to the June 2015 Newsletter