ADR in law schools: The times, they are a’ changing

When I think about the role ADR plays in legal education, in law practice, and in our broader communities, I think of the following quote: "Our civilization is like a bird with one wing, flying round and round in circles. The other wing is the Feminine. Without it, we cannot go anywhere." See Barbara Ashley Phillips, The Mediation Field Guide: Transcending Litigation and Resolving Conflicts in Your Business or Organization xiii (Jossey-Bass Publ. 2001)(quoting Guenther Raberger). As I have said in an earlier article, I view ADR as the feminine face of problem solving and dispute resolution. It offers a balance to an approach long dominated by a more masculine problem solving style.

I began law school in 1979 and I never liked it much. Nearly every class I took involved either lecture or Socratic dialogue. The environment celebrated analytical vigor, toughness, quick thinking, and competitiveness. It required students to demonstrate the ability to critique, reject, and destroy opposing perspectives. One scholar calls this type of education the "gladiator" model. See Susan P. Sturm, From Gladiators to Problem-Solvers: Connecting Conversations about Women, the Academy, and the Legal Profession, 4 Duke J. of Gender Law & Policy 119 (1997). She argues that the model channels whom the school accepts as students. It organizes the curriculum around a litigation model. It allows large hierarchical classes that emphasize quick performance rather than deep thinking and communication. And, it emerges in the evaluation process by emphasizing issue spotting, timed exams, and abstract analytical thinking. She argues that the model results in highly individualistic learning, performance, and evaluation. Id. at 128-29. Yet, as lawyers, we work in teams.

Some scholars have commented that this educational model is especially alienating to women. Lani Guinier, for instance, studied students who attended law school from 1987 to 1992. Women in the study described the first year of law school as "a radical, painful, or repressive experience." That study showed that despite women's slightly higher entry-level credentials, men are three times more likely than women to be in the top 10 percent of their law school classes. It also found that women enter law school with strong attitudes about the social status quo and with public interest career goals. They leave with corporate ambitions and some evidence of mental health distress. See Lani Guinier, Becoming Gentlemen: Women's Experiences at One Ivy League Law School, 143 U.Pa. L. Rev. 1, 18-21 (1994). Other empirical research showed that women have a slightly higher performance in college, but a lower performance in law school than their male cohorts. See Linda F. Wightman, LSAC Research Report Series, Women in Legal Education: A Comparison of the Law School Performance and Law School Experiences of Women and Men (1996).

This shift in curriculum focus was reflected in and motivated by an ABA effort to improve the quality of legal education. Practicing attorneys supported the effort to help new graduates "hit the ground running." Law firms believed they no longer had the time, skills, or interest in training new law graduates in the more practical aspects of the legal profession. They wanted law schools to do it through more practicum courses and clinical opportunities. The MacCrate Report-the end product of this curriculum re-evaluation process-identified several "fundamental lawyer skills": Problem-solving, legal analysis and reasoning, legal research, factual investigation, communication, counseling, negotiation, litigation and ADR procedures, organization and management of legal work, and recognizing and resolving legal dilemmas. Three of the identified skills directly relate to ADR. SeeABA Section of Legal Education and Admission to the Bar, Legal Education and Professional Development: An Educational Continuum 138-140 (1992). The report also identified the "fundamental values of the profession": Provision of competent representation, striving to promote justice, fairness and morality, striving to improve the profession, and professional development. Id. at 140-141. Again, many of these values are supported by the use of ADR to solve client problems.

Having said all that, ADR professors speak to a very skeptical student population. Most students do not see any reason for spending precious time on non-bar related classes that are just too "touchy-feely." The reasons for that skepticism relate to life phases, the personality types drawn to law school, and other factors beyond the scope of this article. Even so, law schools have generally decided to pull kicking and screaming law students into the modern conflict resolution world by requiring or offering ADR classes. ADR scholars and professionals know it is the right thing to do. I am confident that as students mature in their practices, they will agree.

Paula M. Young is an assistant professor at the Appalachian School of Law located in Virginia teaching ADR and legal writing. She can be reached at pyoung@asl.edu. 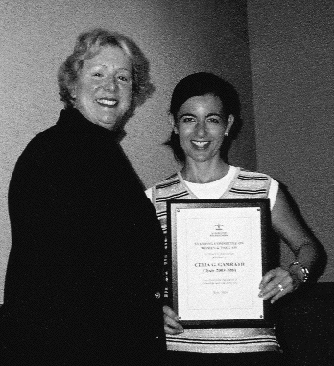 Back to the October 2004 Newsletter