Life Span held an Awards Luncheon on October 11, 2012, at Fulton’s on the River

Life Span presented its first Safety and Accountability Award to Anita Alvarez. Anita Alvarez is the first Latina woman to become Cook County State’s Attorney. She is the first career prosecutor to hold this office, having spent her entire legal career serving victims of violent crime. Ms. Alvarez leads the second largest prosecutor’s office in the nation, supervising more than 1,600 employees whose primary responsibility is to seek justice on behalf of crime victims and their families. Ms. Alvarez has made positive changes in the way her office handles crimes against women. Her tenure has been characterized by openness and inclusion of the advocacy community. Whenever possible, Ms. Alvarez seeks input of the advocacy community to improve her office’s response to domestic violence and sexual assault crimes.

Ms. Alvarez’s efforts to improve prosecutors› response to crimes against women include:

• Mandating extensive training in domestic violence and sexual assault for prosecutors assigned to these cases. Chicago-based advocates were included in planning and delivering these trainings;

• Attending to the safety of specialized populations, including the streamlining of procedures for undocumented victims to obtain U visas;

• Using a national forum, and enlisting the help of U.S. Senator Durbin, to urge Congress to pass the Violence Against Women Act (VAWA);

Life Span is an organization committed to the cessation of domestic violence and to the immediate relief of those who suffer from its consequences. Life Span provides comprehensive services to victims and their children, helping victims to eliminate abuse from their lives, build upon their strengths and become self-sufficient. ■ 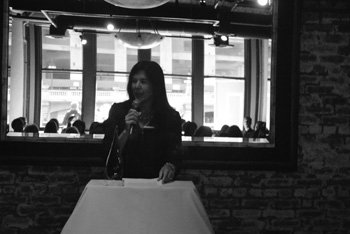 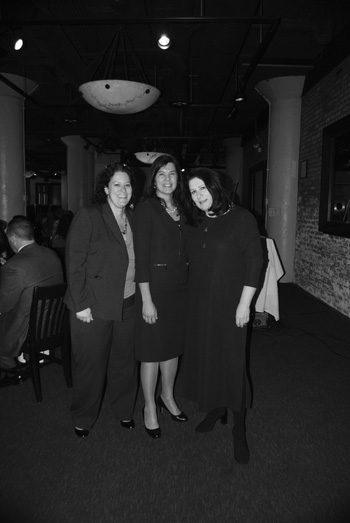 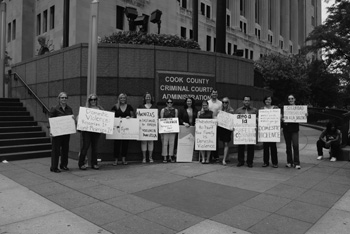 Life Span advocacy rally on July 24, 2012 to raise awareness and support for all victims of domestic violence. Staff and community members rallied outside the Criminal Court Building at 26th and California before the sentencing of William Balfour. Balfour was convicted of the domestic violence murders of Julian King, Darnell Donerson and Jason Hudson. The message to the media and the community is: “RECOGNIZE IT! DON’T MINIMIZE IT.” 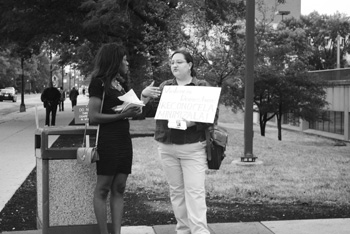 Life Span attorney Olivia Villegas, speaks with a member of the community about domestic violence and Life Span’s advocacy.

Back to the December 2012 Newsletter