From the Discussions - Creditors

They said my client paid in full - can they take that back? 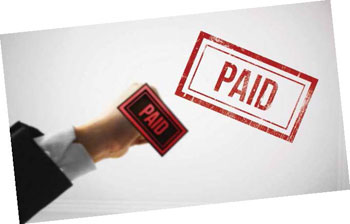 Q. The finance company sent my client the title to her truck, along with the contract stamped "paid in full." A year later they're saying they made a mistake. Can I hold them to their release?

(From the litigation discussion group)

Michael W. Huseman, Aurora. In 2008, my client purchased a used truck from a dealership. In late 2013, the finance company sent my client the title, a release, and the original retail installment contract that was stamped "Paid in full/Cancelled."

My client thought that she still owed approximately $1,000, so she called to inquire. Over the course of the next several weeks, she was told on three different occasions that her account was paid in full.

Then, in early 2015 they sent her a letter claiming that they had made a mistake. They demanded payment on the account of $4,000. She didn't pay, so they've sued her.

Is there any way to hold the lender to their release? Is their continued prosecution of this case actionable by way of counterclaim in light of their release?

Kathy M. Sons, Joliet. Move to dismiss on the basis of the release. I can think of no reason why the release would not be completely effective to bar the action. If you lose, file your answer and affirmative defense of release.

The release should be a complete defense. Although they can argue that it was a mistake, I think they have trouble with that argument where they were informed by your client of the potential error and they failed to adequately investigate. Had they come back within a couple of weeks, maybe. I'd do some research on mistake in a release….

Take a look at Aqua-Aerobic Systems Inc. v. Ravitts, 166 Ill. App. 3d 168 (2nd Dist. 1988) for some general discussion of releases. That case is in the context of a settlement, so it is not completely on point. And I'm not sure that all of it is still good law. But this language is helpful. "The party who challenges the release shoulders the burden of proving any claim of invalidity. The evidence of invalidity must be 'clear and convincing' in as much as the law favors settlement."

Again, since this is not a settlement case, it is not completely on point, but I do think they've got to establish why the release should not be valid. And I'm not sure that they can claim mistake, if they were put on notice of the mistake and failed to act on it.

I [don't think] laches is a defense, as it applies only to equitable claims and this is an action in law. However, if the release does not serve as a complete defense, then you certainly have some sort of defense with respect to any damages that accumulated since your client was told that it was paid, though I can't off the top of my head think in what terms I'd couch it - failure to mitigate maybe. Or as you suggest, a counterclaim, though again, you'd have to figure out what the cause of action is.