Solos’ Shrinking Income, Getting Along with the OC 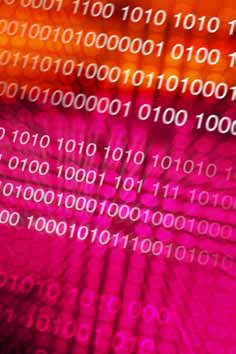 The average net income for solo practitioners across the U.S. has been significantly declining over the past 25 years, reports Paul Campos on Lawyers, Guns & Money (http://bit.ly/1CkN4eA). In 2012 dollars, the average annual earnings of solos has decreased from just over $70,000 in 1988 to about $50,000 in 2012. In terms of median earnings for solos (i.e., the 50th percentile of all solos), Campos suggests that the figure might be as low as $35,000 per year.

What's more, the earnings of solo practitioners are not keeping pace with the average wages for all U.S. workers. In 1988, the average solo earned about 190 percent of what the average U.S. worker earned. That percentage shrunk to about 110 by 2012.

So what is causing the decline? Shannon Achimalbe, in a post on Above the Law (http://bit.ly/1GZuiYT), suggests the most significant reason might have to do with an increasing number of solos who actually did not set out to be self-employed entrepreneurs. These reluctant solos were forced to hang out their shingles by the weak market for legal jobs. Once in solo practice, they focus too much on finding employment as opposed to finding and keeping clients. The bottom line is that to be a successful solo, you must want to be a solo.

While these statistics might seem grim for the roughly 40 percent of U.S. attorneys who are in solo practice, the outlook might not be as bad for solos in Illinois. Based on the results of the ISBA's 2014 Compensation and benefits survey (http://bit.ly/12jGggf), members in solo practice earn an average of $108,200 per year. Their median income is $80,000.

For further discussion of these statistics, including some good comments about what may be causing the decline, see Sam Glover's Lawyerist.com post at http://bit.ly/1JQ6qbn.

It Pays to Get Along with Opposing Counsel

According to ISBA member Evan Schaeffer's recent post on Lawyerist.com (http://bit.ly/1IZPjmQ), if you develop a collegial relationship with opposing counsel, you'll improve your reputation, decrease your stress, and help your case go more smoothly. Schaeffer provides some worthwhile tips to help you get along better with opposing counsel and reap these benefits.

Start with some common professional courtesies, he writes. If you're asked for a reasonable time extension, say "yes." When scheduling depositions, hearings, and other matters, be open to consulting with the other side.

Next, simply be friendly and get to know your opposing counsel. Treat them as you would a new neighbor or anyone else that you're interested in developing a relationship with. Make small talk to seek out things you have in common or do a little Internet-based research to find commonalities.

After you know a little more about your opposing counsel, seek out opportunities for conversation. Capitalize on downtime at the courthouse or a deposition. Instead of communicating via email, pick up a phone and be open to small talk before addressing legal issues.

Finally, don't be offended if opposing counsel doesn't want to be your friend - some lawyers just don't think collegiality has any place in adversarial litigation.

Shannon Achimalbe, Why Do Solo Practitioners Make So Little Money?, Above the Law (July 1, 2015).

Evan Schaeffer, How to Have a Collegial Relationship with Opposing Counsel, http://Lawyerist.com (June 22, 2015).

Suffering solos chose as students to identify more with their multi-degree faculty members than with solo independent contractor plumbers after their law "schools" morphed into colleges of political science and public policy. Students more interested in income than academic power and prestige believed themselves to be learning how to practice a mere and less sophisticated income producing "trade".