IBJ. Tell us a little about your personal and professional background. 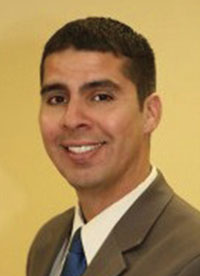 Thomann. My family is from Argentina and I grew up in Buenos Aires. We moved to Kansas City, Missouri when I started high school. I moved to Chicago after law school, in 2004, to do community outreach for the Illinois Coalition for Immigrant and Refugee Rights, and I began practicing law in Chicago a few years later.

I was at a small firm in Little Village for about a year working on immigration, criminal law, and civil litigation, and launched my own practice in 2009. Between 2013 and earlier this year I worked at two boutique immigration firms, and last May I relaunched my solo practice. I work alone and focus on immigration cases, focusing on removal - deportation - defense, appeals, and federal litigation.

IBJ. Apart from language, what are the biggest differences between serving English-only and Spanish-only clients?

Thomann. Background and culture. Most monolingual Spanish speakers are immigrants, and their interaction might be their first with an attorney. Most come from countries with very different legal systems from ours. It's important to remember this, and to spend the time to educate them about the process and the role of an attorney.

Perhaps the biggest difference is that Spanish-speaking clients who are non-citizens and their attorneys need to keep everything in the immigration context.

For example, a family law attorney preparing a custody order may want to include certain language that could allow a minor to later obtain legal status, and a criminal law attorney's recommendation to plead to one count or another can have a dramatic effect on a client's future immigration options.

IBJ. Are Spanish speakers adequately served by the Illinois legal community? If not, why not?

Thomann. It varies a lot by region. Many of the resources available in Chicago do not exist in other parts of the state or even the country. This is particularly troubling in areas where there may be a large immigrant population because of farming, but where the legal community remains largely monolingual.

The biggest deficiency is that we rely on staff and translators. If the people translating do not understand what we are trying to say, they will merely translate the words, and important information could be lost.

We need our clients and our interpreters to know what information we're really trying to convey. There may be a better way to explain something in Spanish than in English.

Thomann. Try to learn Spanish! It will reduce your overhead and allow you to connect more personally to your clients. If all things are equal, I have found that Spanish-speaking clients prefer an attorney who can converse with them directly.

Other than that, my advice is to budget extra time. I don't just mean that translation takes time, I mean you should put in extra time to educate your Spanish-speaking clients about the legal process. This will lead to referrals, where a confused client may not appreciate what you have done for them.