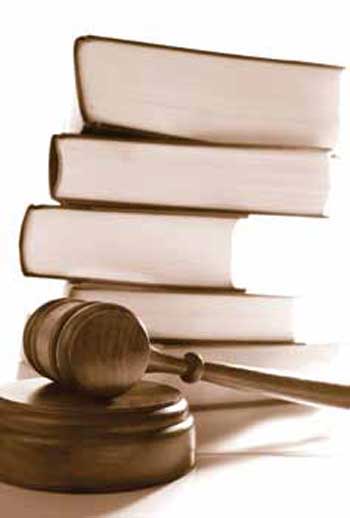 Judge Justice was completing the nostalgic process of packing up his office pictures, files, calendars, and memorabilia from 22 years of judicial service and 16 years of law practice before that. He had joined the millions of baby boomers reaching 65 and making a career transition.

The judge rebelled against the term "retirement" but accepted the idea of an intermission before pursuing his next calling. In 1951, the "life tables" only gave the judge's birth cohort an average of 69 years to live. In 2015, the mortality tables give his surviving cohort another 21 years on average. Some projections even give them an 8.2 percent chance of reaching 100.

A recent study concluded that "old age" doesn't even begin until 80. (Sixty is the new 40?) This increased longevity has important consequences - some positive, some negative -for each person and for society as a whole. And for judges and the justice system.

The elderly and the courts

The issues raised by aging populations are getting worldwide attention. For example, the Committee on the Public Health Dimensions of Cognitive Aging released a report entitled "Cognitive Aging: Progress in Understanding and Opportunities for Action" (http://iom.nationalacademies.org/Reports/2015/Cognitive-Aging.aspx). The good news is that as the brain ages, cognitive functioning can actually improve in areas like wisdom, knowledge, and experience, even as it usually declines in memory, attention, and speed of processing.

As human longevity increases, more and more courts are called on to determine the mental abilities of aging people. Judges must decide whether individuals lack the physical or mental capacity to manage their lives and estates (Guardianship, 755 ILCS 5/11a-2). Judges or juries must decide whether people were of "sound mind and memory" when they executed their wills (IPI 200.05) and not victims of undue influence, coercion, or duress.

Lawyers encounter ethical issues as they deal with clients who may be impaired. Rule 1.14 of the Illinois Rules of Professional Conduct and a host of other ethical rules can come into play. See Kerry Peck, Ethical Issues in Representing Elderly Clients with Diminished Capacity, 99 Ill. B.J. 572 (Nov. 2011).

A growing area of concern is the billions of dollars in fraud and financial abuse of seniors. As many as 1 in 20 seniors report they have been a victim of abusers ranging from family members and trusted advisors to sophisticated criminals.

The Illinois Attorney General warns of many common scams on her website (www.illinoisattorneygeneral.gov). Seniors are particularly vulnerable to claims that a grandchild is in trouble (e.g., needs to pay bond money immediately), bereavement scams (e.g., the decedent's debts must be paid immediately), IRS scams (e.g., back taxes are owed and must be paid immediately), prize and sweepstake scams (e.g., "you've won money but must pay fees and expenses"), wandering contractor scams ("I'm in the neighborhood today only and can give you a great deal"), and others.

Many of these scams originate overseas and are virtually untraceable. There is little likelihood of recovering the lost money. These losses can jeopardize the senior's financial security and cause family members to consider guardianship or other protective measures. The senior may be unwilling to cooperate, causing resort to the courts.

Like all people, judges have to deal with the personal consequences of aging. Unlike most states, Illinois does not have a mandated retirement age for judges. Article VI, section 15 (a) of the Illinois Constitution provides that the General Assembly may set a judicial retirement. However, the Illinois Supreme Court in Maddux v. Blagojevich, 233 Ill. 2d 508 (2009), overturned the Retirement of Judges Act (705 ILCS 55/1 et seq.). One basis was the incongruity of a person being able to run for judge after age 75 yet not being able to run for retention.

States that do have age limits for judges have been increasing the age as longevity has increased. Judging has been described as a "late peak" occupation. Performance improves with age and experience until the onset of serious cognitive decline.

One reason for imposing a mandatory retirement age is the concern that judges will be unwilling or unable to step down when they lack the requisite physical or mental ability. Sections 15 (c) and (e) of Article VI of the Illinois Constitution provide a mechanism to charge and remove judges who are physically or mentally unable to perform. It is seldom used.

Historically, the Illinois Judicial Retirement System provided an economic incentive for judges to retire at or near age 60. Judges who took office prior to January 1, 2011 (Tier 1) can earn a pension up to 85 percent of their salary for 20 years of service. That benefit allows judges to retire without significant financial loss before reaching an advanced age. It encourages turnover that promotes diversity and fresh ideas from younger judges.

On the negative side, the judiciary loses many judges in their peak years. But roughly one-fourth of Illinois judges continue to work fulltime for essentially 15 percent of their pay, each for his or her own reasons.

Some states provide a financial incentive for judges to keep working. The programs, sometimes called Deferred Retirement Option Programs (DROPs), come in many forms. Essentially, however, the judge retires and his or her pension is fixed as of that date. The judge continues to work, saving the state the salary and benefits for their replacement. A sum is deposited into a tax deferred account for the judge for each year worked up to a maximum.

For Illinois judges who took office after January 1, 2011 the Tier 2 pension system provides incentives to work until age 67 or later. These newer judges face a substantial income decrease when they quit (the maximum pension will be approximately 40 percent of final pay). It will probably result in less turnover. Whether it encourages judges to stay too long remains to be seen.

In the federal judiciary and some states with mandatory retirement age there is a type of senior judge classification. At the point of eligibility, judges can elect to continue to have an office and staff, earn their salary and any pay increases, but have a reduced case load and other perks. Alternatively, they can retire completely and pursue other vocations.

Several states have created senior status for retired judges. They are certified by the state supreme court and can work a set number of days. Compensation works in different ways, but basically judges receive their retirement pay and benefits plus a per diem for days worked.

This allows the state to use this wisdom and experience at a low cost. It provides a cadre of judges to meet temporary needs (e.g., filling gaps caused by illness or conflicts) without creating permanent judicial positions. Amendments to the Illinois Constitution and additional legislation would be needed to allow senior-status judges in Illinois.

For Judge Justice, the time to take off the robe had come not out of necessity but as an opportunity. Some 8,200 days of judicial service was at an end.

Three things were left under the desk pad for his successor as the judge gathered his boxes and turned out the office lights for the last time. They were quotes attributed to Socrates, Plato, and the prophet Micah.

Socrates said: "Four things belong to a judge. To hear courteously; to answer wisely; to consider soberly; and to decide impartially." Plato said: "Be kind, for everyone you meet is fighting a hard battle." Micah said: "What doth the Lord require of thee, but to do justly, and to love mercy, and to walk humbly with thy God."