Tragedy in the Tall Corn State 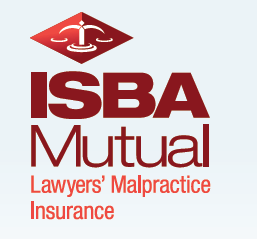 The sad case of David Roth - an Iowa partner who committed suicide and left behind a long list of apparently defrauded clients - has lessons for lawyers on both sides of the Mississippi.

Over the past 15 months, a tragic tale of theft and betrayal has unfolded for a once-venerable law firm in Waterloo, Iowa. What lessons can we learn from this tragedy in the Tall Corn State?

[I]n the end, the truth will out.
- William Shakespeare,
The Merchant of Venice

On Friday, September 14, 2014, partners of the 63-year-old Waterloo, Iowa law firm of Gallagher, Langlas and Gallagher, PC ("GLG") confronted David A. Roth, the firm's 51-year-old managing partner. The firm had received a payment-past-due letter on a loan from Veridian Credit Union - a loan the other partners knew nothing about - that apparently had been made on Roth's signature and with forged signatures of other partners guaranteeing the loan.

Roth admitted that he had taken out the loan, but promised that it was just one loan and that he would make it good at the conclusion of the case he was then trying in Davenport, Iowa. On September 22, 2014, the night before he was to deliver the closing argument in that case, Roth committed suicide.

On October 24, 2014, a claim for $64,164 was filed against Roth's estate by the Schneider family. In March 2013, 26-year-old Adam Schneider and his father Rick entered a grain bin at the family milling business to clear a clogged auger. Both men succumbed to carbon monoxide poisoning - a smoldering fire deep under the corn had released the toxic gas in a concentration six times the lethal dose.1 Adam's widow, Nikki, had received $50,000 in life insurance proceeds, and there was an additional $14,164 in memorial funds and her children's savings accounts.

The claim asserted that Nikki consulted with Roth, who told her he would create a conservatorship and invest the money. Roth took Nikki to her bank, where she withdrew the money and gave Roth a cashier's check made out to Gallagher Langlas. The Schneiders alleged that Roth stole the funds for his personal use.2

That claim was only the beginning.

An onslaught of claims against Roth

As of this writing, about 100 claims for over $11 million have been made against Roth's estate. Some alleged that Roth had promised - but failed - to invest their money in a litigation-funding scheme, to purchase an annuity with settlement proceeds, to set up a conservatorship for a minor child. Others told of settlements that turned out to be for far less than Roth had reported, of unauthorized settlements, of cases never filed, and of misappropriated proceeds.

It appears that Roth had opened a secret account at Veridian Credit Union in the name of "Gallagher Langlas" - rather than the firm's full name, Gallagher, Langlas & Gallagher, P.C - and provided a post office box in Waverly, Iowa as the mailing address, rather than the firm's actual street address in Waterloo, Iowa. Allegedly, Roth deposited the checks into this account, rather than his firm's trust account, and used the money for his own purposes.3

Untangling the web of deceit

It would take many, many pages to describe all of the claims asserted against Roth, but the Bodee Peterson case illustrates not only the complexity of the alleged schemes, but also the devastating impact on their victims.

In August 2011, one day before he was to start fourth grade, nine-year-old Bodee Peterson died when he fell and was hit by a boat propeller while waterskiing with the Waterhawks Ski Team.4

According to the claim Bodee's father filed against Roth's estate, the Waterhawks settled the claim for $600,000, but Roth told the Peterson family that the amount was $750,000. Part of the settlement proceeds - $44,900 - were to be held in conservatorships for Bodee's brother and sister until they reached the age of 18. The Petersons allege that "no annuity or structured settlement was ever purchased, and David A. Roth has misappropriated the funds that were to be paid."5

The family also wanted Roth to sue the boat's manufacturer for failure to have a propeller guard, and $100,000 of the settlement funds was to serve as Roth's retainer in that litigation. But in March 2014, Roth stated that the case didn't work out "following a disappointing ruling from the trial court" and returned $60,916 to the Peterson family.6 But according to the claim, "[a] search of court records has been made, and it does not appear that any court action was ever initiated."7

As if all of this weren't bad enough, Roth apparently used Bodee's case to ensnare yet another victim. Another claimant against the Roth estate alleges that Roth persuaded him to loan $25,000 to a party that was supposedly the "co-executor"8 in the Bodee Peterson case, in order to fund litigation against the parties responsible for Bodee's death. The loan was to be repaid at 12 percent interest upon settlement of the case.9

The upshot for the GLG firm

So Eden sank to grief.
- Robert Frost,
"Nothing Gold Can Stay"

The GLG law practice no longer operates as such; although the entity continues to exist until all litigation is complete, its former lawyers have departed for other firms. Some of those lawyers and the GLG firm have filed contingent claims against Roth's estate in the event that they end up paying for Roth's misdeeds, and some of the former GLG lawyers also claim damages resulting from Roth's wrongdoing.10

The insurer that issued a $5 million policy of professional liability insurance to GLG has filed suit seeking to rescind the policy, alleging that Roth "was aware of multiple claims or incidents which could reasonably result in claims" when he signed and submitted the firm's application for coverage.11

The upshot for your firm

Those who cannot learn from the past are condemned to repeat it.
- George Santayana

What lessons can be learned from the Roth case? And what steps can you take to prevent a similar calamity at your own firm?

First, make sure your firm has effective internal controls in place. This is not just good business practice - it is compelled by the Rules of Professional Conduct, which require law firm partners and lawyers with comparable managerial authority in their firms to "make reasonable efforts to ensure that the firm has in effect measures giving reasonable assurance" that all lawyers in the firm conform to the Rules.12

Take inventory of managerial responsibilities at your firm and make sure that no one person is endowed with complete power over firm finances or client funds. Segregate and allocate duties so that knowledge and control is shared rather than concentrated in one set of hands. Consider rotating job duties, if possible, and require cross-training on all functions.

The Roth case highlights the need to create a firm culture in which lawyers know what their partners are doing. For some attorneys, the challenges and demands of practicing law are far more engrossing than the quotidian grind of running a law firm. This case reminds us of the need to pay attention to the "business" side of practice, and of the potential for real harm to clients and law firms at the hands of a rogue lawyer.

And "knowing what your partners are doing" probably requires knowing them as people, so you have some chance of detecting when something is "off" with them. In addition to helping prevent business catastrophes, spending time with your colleagues can make your practice more collegial and perhaps even more fun.

Here's hoping for a fair and just resolution of this tragic situation, and also that we will not see a repeat of these sad facts - in the Tall Corn State, the Prairie State, or anywhere else, for that matter.