"Pioneers are remembered more for how they affected the landscape than for the mere fact that they arrived there first," says the ISBA's first African-American president. 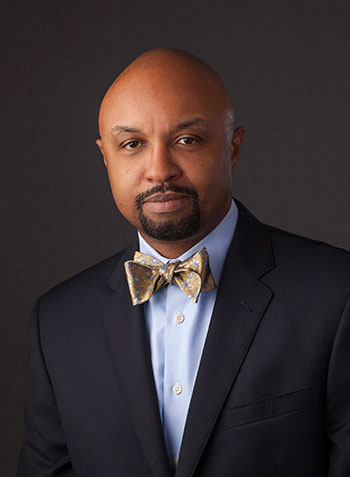 While I sometimes imagined a life in politics or even on the bench, I cannot say that, as a young lawyer, I imagined becoming president of the Illinois State Bar Association. I certainly did not imagine that my installation would be a historic first.

Shortly after I was elected ISBA third vice-president, the interviews began. I would be given the opportunity to share a little about myself as I fielded a few fairly soft questions. Then I would be asked to describe what it feels like to know that I would eventually be the 140th president of ISBA.

However cliché it may sound, my consistent answer to the question is no less true. "It is an honor, and I am deeply honored." It really is a special honor to lead what I consider to be the premier voluntary state bar association in our nation.

As I read the many articles in legal publications, newspapers, and social media about my ascension to president, the articles inevitably and accurately state that I am the 140th and the historic first African American to serve as ISBA president. The truth is, there have been other times in my life when I have been the first person of color to reach a milestone. There were even more times when I was the only African American in the class, on the team, or on the board.

This has been my reality to such an extent that it does not feel at all peculiar to me. Interestingly enough, my mother gave birth to me in a segregated ward of an Arkansas hospital, two months before the passage of the Civil Rights Act of 1964. Admittedly, the rare space I now occupy is a great distance from the place and circumstance of my birth.

It was my late mom who served as my trailblazer model. Immediately after college, she left Arkansas for Illinois. When she walked through the doors of Washington Jr. High School in Joliet in 1966, it was the first time in her life that she would enter any school that was not segregated. She did so as a teacher.

Lorrayne Cornelius was a natural leader who refused to be defined solely by her race, gender, or the social status to which she was born. For 34 years she educated, loved, and encouraged multiple generations of students from every demographic. She saw the good in people as opposed to the color of people.

I learned much from her pioneering and open-minded example. I am mindful that pioneers are remembered more for how they affected the landscape than for the mere fact that they arrived there first. Accordingly, I know that I will be judged exponentially more by the effectiveness of my service as president than by its historic nature.

The history of my installation is not lost on me. I do understand and fully appreciate its significance. I feel the pride that accompanies the opportunity and the weight of the responsibility. I embrace the responsibility wholeheartedly, and I pray that my service will transcend the "history" of the moment.

The challenge of our time is to remain relevant in the rapidly changing landscape of the legal profession. I believe this will require more collaboration between and among important stakeholders, including the ISBA, the Illinois Supreme Court, Illinois law schools and law school deans, the American Bar Association, and others. This collaboration will allow for a more comprehensive and efficient approach to addressing threats to the profession, needed rule and policy changes, and the sharing of information.

I see the opportunity to blaze an important trail for the future of the ISBA. I am very excited to serve as president at such an important crossroad. I look forward to the history that we will make together in the year to come.