From the Discussions - What’s happening with cases pending before cannabis decriminalization took effect? 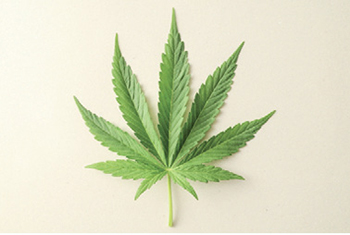 Q. How are state's attorneys and judges handling cases for possession of small amounts of cannabis that are pending after the new cannabis decriminalization law took effect?

Jeffrey R. Hall, Peoria. As one of the drafters of SB 2228 (I helped draft the cannabis/DUI sections under the new (a)(7) section) I have experience with cannabis-related issues in the post de-criminalization legal arena. In these early stages, courts and prosecutors are unclear about how to implement SB 2228 -- now Public Act 99-0697 -- for pending cases filed before Governor Rauner signed the bill into law on July 29, 2016.

The Illinois Appellate Prosecutor's office is working on its interpretation of the law and will probably send directives to the state's attorneys as guidance in the coming weeks. From a defense perspective, I offer the following summary.

The issues revolve around the interpretation of the Statute on Statutes under 5 ILCS 70/4 as it applies a law that repeals or changes the sentence or punishment of a statute. When a criminal case is pending while a statute is repealed or amended, one must ask whether the change to the statute was substantive (changing the elements of a crime) or procedural (changing or mitigating a sentence).

With SB 2228's decriminalization of possession of less than 10 grams of cannabis and drug paraphernalia, the legislature made a procedural amendment by changing the severity of the sentence as well as the category of offense. No longer is possession a criminal act. It is now a civil violation with "civil fees," since cannabis possession is still "unlawful" for all intents and purposes.

Under 5 ILCS 70/4, "[i]f any penalty, forfeiture or punishment be mitigated by any provisions of a new law, such provision may, by the consent of the party affected, be applied to any judgment pronounced after the new law takes effect." Thus, you should ask the court to 1) re-admonish your client about the new civil violations (between a $100 and $200 total fine and costs according to the statute, though the Illinois Supreme Court implemented new rules on September 1 directing courts to assess a $120 total fine under Rules 580 to 584). See http://www.illinoiscourts.gov/SupremeCourt/Rules/Amend/2016/090116.pdf. You should also 2) serve on the court and the state a "Notice of Election" that your client elects to be sentenced under the new penalties listed in SB 2228. Under 5 ILCS 70/4, the defendant can choose the old or new punishment.

Some state's attorneys have not objected to the "Motion to Re-Admonish and Notice of Election" that I posted to the ISBA criminal-dui-traffic email discussion group and also on my blog at http://hallrustom.blogspot.com/2016/07/2016-new-cannabis-laws-for-illinois.html.

However, each circuit court does it differently, since SB 2228 created a new area of law with its civil fine.

I have resolved cases throughout the Tenth, Eleventh, and Thirteenth Circuits. Below, I describe some of the ways courts have handled these cases. The Illinois Supreme Court drafted a letter to chief judges and state's attorneys on August 4 with instructions about how to implement the law. While this letter was superseded by the Supreme Court Rule change filed on 9/1/16, it gives some insight into their thoughts (view it at https://www.dropbox.com/s/jpp6w9cap69hrke/Cannabis%20Memo%5B2%5D%5B1%5D.pdf?dl=0). I suggest you attach the letter and the Supreme Court Rule changes to your motions as exhibits when you file them in court.

Here is a brief summary of my experiences in central Illinois circuits.

1. In the Tenth Circuit, three counties are doing as I outlined (i.e., allowing the election and sentencing under the civil fines designation from the new statute). One smaller county in the Tenth is holding out, presumably waiting for the appellate prosecutor to opine.

2. In one Tenth Circuit county, the misdemeanor judge allows a $200 fine with no court costs. This is because of the supreme court's letter providing the breakdown of costs are already built in. However, that judge may do it differently since the supreme court issued its 9/1/16 Rules.

3. In an Eleventh Circuit county, the judge assesses a $100 fine plus court costs totaling approximately $270. I have not argued against this yet, but I believe it is unlawful because it assesses additional costs when the statute does not allow it and it appears to be in direct violation of the new Supreme Court Rule 588 (the $120 fine rule). Also, see 720 ILCS 550/4(a)(1) and 720 ILCS 600/3.5(c).

4. A different Eleventh Circuit county has set many of these cases for "Motion to Dismiss." I believe the public defender in that county is arguing that because all of these are filed as "CM" (criminal misdemeanor) cases, it's in violation of the supreme court directions in the August 4 letter involving the filing of cases under the "MR" (miscellaneous remedy) designation. It could also be a technical filing error that one could argue is fatal and needs to simply be dismissed and refiled under the MR designation. Now that the Supreme Court Rules have been amended, courts should have more guidance on this issue but I do not believe a motion to dismiss is the appropriate mechanism to "dispose" of these cases nor do I believe there is a legal basis under 725 ILCS 5/114-1 (Motion to Dismiss Charge).

5. A different county in the Thirteenth Circuit recently agreed to the $120 fine and election on a pending case that was filed in May 2016 (prior to the new law taking effect).

6. When going into court for these types of cases (CM for possession of cannabis less than 10 grams and drug paraphernalia committed before 7/29/16), I have been filing the motion to re-admonish and the notice of election. Then I have the clients elect to be punished (if they pled guilty or are found guilty) under the "civil fine." Counties should not assess court costs, which are built in to the statute (see the 9/1/16 Supreme Court Rule change - I am also attaching it to my motions with the other exhibits). Most counties will likely do the $120 fine now that the supreme court has amended the rules and specified that amount.

7. Cases in which the alleged conduct happened after 7/29/16 should be filed as MR.

8. There is some confusion about whether the pending cases committed before 7/29/16 should be dismissed and re-assigned an MR number. This would be best - much better to show MR to the public than a pending criminal matter. However, I have advised clients to take the civil fine at this point and pay it. The circuit clerk will be required to expunge on 1/1/17 and then again for newer matters on 7/1/17, to be repeated every 1/1 and 7/1 of each year.

You may want to include the following language in any court order: "The Circuit Clerk and Law Enforcement Agency (e.g. Peoria Police Department) is commanded to expunge this record on January 1 or July 1 (whichever is sooner) pursuant to 20 ILCS 2630/5.2(a)(2.5)."

9. If you want the MR designation, you might argue that the case is improperly classified as CM, which is a fatal error. The case should be dismissed and refiled under the MR designation. (I haven't researched this yet so go easy on me.) Not sure on problems with statute of limitations (not sure if there are any lingering old cases (older than 18 months for CM SOL deadline) but since this is an MR case, what is the SOL on it? I'm not sure so that's something you'll want to consider).

While this goes against the "plain meaning of the statute" argument, I have spoken with various prosecutors, and some agree that those OV convictions qualify to be expunged as long as they are for an offense similar to the 720 ILCS 550/4 and 720 ILCS 600/3.5 (possession of less than 10 grams of cannabis with paraphernalia).

I'm not sure how the appellate courts will handle this, but all parties should be ready to further "the intent of the legislature," and public policy arguably favors this approach. I believe the legislature intended these offenses to be expunged, even though the new law did not invalidate municipal ordinance violations for cannabis and paraphernalia possession (see 720 ILCS 550/17.5).