Though the term "joint parenting" has replaced "joint custody," the joint-custody concept survives under the new law - which means judges must continue to put kids first when making parenting decisions. 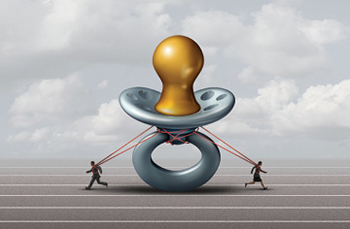 "The perils of joint custody revisited under a new Act: Is it something or nothing?"
By Arnold F. Blockman
Family Law - August 2016

In the view of retired Champaign County Circuit Court Judge Arnold F. Blockman, "joint custody" is just as available now as before the enactment of the divorce-law rewrite that took effect last January 1. This is true despite the creation under the new law of an entirely new vocabulary to describe parenting, he says.

In the August Family Law newsletter, Blockman opines that "[w]hatever the other merits…of the new Act, it certainly changed nothing (except terminology) in regard to the parties agreeing as to joint parenting or the ability of the court to impose joint parenting on the parties even without agreement of one or both parents." As a result, judges still must make sure that divorcing parents have the kind of willingness to cooperate and mutual respect that make joint parenting possible.

In his article, Blockman explains how the essence of joint custody under the old law lives on under the new labels, which are found at 750 ILCS 5/600-611.

"First, what was 'pure' joint custody under the old Act (no designation of primary custodial parent and substantially equal visitation time for each parent) [is now called] a joint allocation to both parents of parental responsibilities for all four significant major decisions [education, health, religion, and extra-curricular activities] and substantially equal parenting time for each parent," he writes.

Second, what used to be the most common form of joint custody - joint decision-making with primary physical custody by one parent and visitation by the other - is now "an allocation of parental responsibilities for all significant decision making awarded to both parents with less than equal specified parenting time by one parent," he writes.

And as under the old statute, all three forms can either be agreed to by the parents or imposed by the court, he says.

But though the court can impose what used to be called joint custody without the parents' agreement, Blockman warns judges to consider the best interests of the children before doing so.

The same goes for agreements submitted to the court for approval, he writes - judges shouldn't take them at face value. "The court should act as a gatekeeper and try to ensure that all such agreements are truly in the best interests of the child or children."