From the Newsletters - Defending claims for back child support: long odds against success

While there's a small opening for an equitable defense in a claim for back support, these cases are almost always losers for payors. 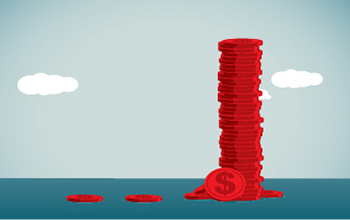 As we learn elsewhere in this issue, Illinois will soon be adopting the income shares method of child support calculation (see page 26). But child support collection and the issues surrounding it are sure to challenge lawyers into the foreseeable future.

Take child support arrearages. According to Marilyn F. Longwell and Anne L. Mueller in the latest ISBA Family Law newsletter, it's a rare divorce practitioner who hasn't been approached by a child support payor asking for help with an arrearage claim grown huge because the payee didn't attempt to collect for many years. Does the payor - usually Dad - have a case?

"Is it hopeless? No, not quite, but almost," Longwell and Mueller write. The problem is that these arrearages are usually the byproduct of an under-the-table agreement by the obligor to give up parenting time to avoid support payments. Such a deal is doubly disfavored by public policy.

"Public policy has universally favored both payment of child support and exercise of parenting time," they write. "In fact, the new iteration of the Illinois Marriage and Dissolution of Marriage Act allows for sanctions against a parent who fails to exercise parenting time, just as against a parent who refuses it. (See 750 ILCS 5/607.5)" As a result, "neither the claim of a quid pro quo of no parenting time nor the laches defense appear ever to be successful," they write. What's more, the General Assembly removed the statute of limitation on child-support collection almost two decades ago.

The slender reed of hope for payors in these cases is equitable estoppel. In Johnston v. Johnston, 196 Ill. App. 3d 101 (4th Dist. 1990), for example, "the trial court declined to enforce the parties' written extra-judicial agreement to abate child support for their three minor children, but estopped the mother from claiming support arrearages for one child who was incarcerated during the time in question and another who resided with the father."

As the Johnson court puts it in a passage quoted by Longwell and Mueller, the "strongest case for such a defense would appear to be...here, where (1) [the child, Scott,] was in the actual custody of his father on a permanent basis; (2) Scott's rights of support were not infringed as his father actually supported him; (3) the mother led the father to believe he did not need to provide support [to her] for Scott; and (4)…the mother would be getting a windfall for support she did not actually furnish."

They go on to review various cases that define the narrow boundaries of the equitable estoppel defense. Their takeaway? "However sympathetic your prospective client may seem, be cautious in taking on claims for child support arrearages unless your client has a strong defense of equitable estoppel. Other defenses are notably unsuccessful…."