The ISBA continues to support the long-standing ban on fee sharing with nonlawyers; meanwhile, the ARDC and the Chicago Bar Foundation have revised their arguments for lifting it. 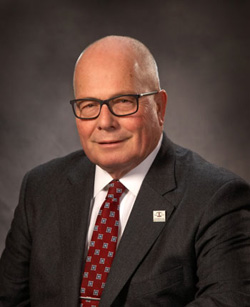 Recent statements by the ARDC and the Chicago Bar Foundation (CBF) concerning fee sharing with nonlawyers serve as a call to arms. Maintaining long-standing rules prohibiting nonlawyer fee sharing is of utmost importance to the legal profession if we are at all concerned with maintaining the financial well-being of ISBA members.

On Feb. 14, the Illinois Supreme Court's Access to Justice Commission met to learn more about the fee-sharing issue and its relationship with access-to-justice issues. At the meeting, the ISBA presented its lead-generation proposal, which maintains and clarifies the prohibition on fee sharing with nonlawyers. Also, the ARDC presented its 2018 "Client-Lawyer Matching Services Study" and the CBF discussed its proposal to amend the Rules of Professional Conduct to allow nonlawyer fee sharing.

The ARDC continues to be very serious in pursuing its study, which calls for the elimination of the prohibition on sharing legal fees with nonlawyers. To further flesh out and hone its study, the ARDC has communicated with the Federal Trade Commission and also has sought assistance from marketing and academic professionals.

Of note, the ARDC presentation seems to shift the argument from "access to justice" to fixing the "dysfunction of the legal marketplace." The ARDC posits that the "dysfunction" is supported by studies on unmet legal needs, falling or stagnant legal fees by solo or small-firm lawyers, underemployment of lawyers, and declining ARDC investigations (the theory being that the decline is attributable to fewer attorney-client relationships being formed).

According to the ARDC, a solution to the dysfunctional marketplace is greater transparency in legal fees and better communication to legal consumers about the value proposition of legal services. To achieve these goals, the ARDC concludes, the marketplace needs to eliminate the nonlawyer fee-sharing prohibition. The ARDC also contends that eliminating the prohibition will provide certainty to lawyers on what types of lead-generation programs they can participate in.

The CBF also has revised its focus: Its "access to justice" argument is now directed almost solely on those consumers willing and able to pay for legal services. It recognizes that its proposal will not affect higher-end business law or low-income individuals who may have access to pro bono services and other low- or no-cost legal services. The CBF continues to argue that the elimination of the nonlawyer fee-sharing prohibition will allow innovation in the legal marketplace.

Neither the ARDC nor the CBF seems to be able to answer the fundamental question of how eliminating the nonlawyer fee-sharing prohibition addresses problems in the "dysfunctional" legal marketplace. They also do not consider the many innovative platforms on matching/lead generation that already are successful but are not founded upon nonlawyer fee sharing. In addition, an examination of the underlying purposes and continued validity of the prohibition, established by the Illinois Supreme Court, remains absent.

The ISBA contends that the elimination of the ban on fee sharing will not only damage the economic welfare of lawyers, it also will reduce the quality of legal services to the consumer.

We will continue the fight against the elimination of the prohibition on sharing fees with nonlawyers. Please join us and spread the word.