Setting a High Bar, for Good

The ISBA Assembly passes a Code of Conduct for Association members and staff. 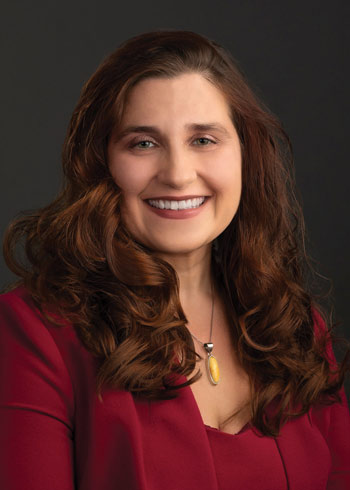 Nearly a year ago, ISBA leaders began discussing whether the Association would benefit from a Code of Conduct. Of course, Illinois attorneys must abide by the Illinois Rules of Professional Conduct (IRPC). But the IRPC does not touch upon what a professional, independent association like ours expects of its own members and staff pertaining to their interactions with one another.

For example, the IRPC say nothing of what behaviors are expected of lawyers who participate on boards or who volunteer. We discovered that, likewise, the ISBA’s bylaws provided: 1) little guidance for outlining minimum conduct standards; and 2) only vague criteria for determining when a member’s conduct allegedly rises to actionable concern.

After much work, research, and vigorous debate, the ISBA Assembly passed the Association’s first ever Code of Conduct during the virtual 2021 ISBA Annual Meeting on June 25, over which I was proud to preside. I would like to extend special thanks to the Board’s Scope & Correlation Committee for its significant contribution to the Code.

The Code of Conduct was widely disseminated to ISBA groups for comment and review beginning in early 2021. While support for adopting a conduct code was very strong, criticisms also were raised. The Board of Governors took many of those concerns seriously and presented the Assembly a revised draft based on that feedback.

I hope you approach the Code in good faith and read the entire document. In the paragraphs ahead, I’d like to address common concerns raised during the drafting process. I also will clarify what the Code is not.

Why do we need a Code of Conduct?

The Association’s Code of Conduct represents its commitment to civility and to the advancement of its reputation in Illinois and across the country. When members gather for Association meetings and social functions, the Code explicitly encourages mutual respect, common courtesy, and contributing to an inviting, cordial culture in which “fair and equitable treatment of all members, employees, and others” is expected.

What conduct is addressed by the Code?

What are the consequences for not complying with the Code?

Will the Code of Conduct stifle debate and free speech?

No. The ISBA expects members to vigorously debate myriad points of view. But discussion of even contentious issues never warrants unprofessional, offensive behavior. The Code of Conduct affirms that reasonable expectation.

The ISBA is 144 years old. Why does it need a Code of Conduct now?

It should be reason enough that an overwhelming number of organizations—private, public, for profit, and nonprofit—have codes of conduct. Golf courses have codes of conduct, as do health clubs, movie theaters, and amusement parks. This is simply one area in which the Association is catching up to best practices. The ISBA aspires to lead by example and it encourages all members to do the same.