Celebrating Women in the Legal Profession: Remembering the Past and Reaching Out to the Future

Ohio State Bar Association President Barbara Howard says there is much to celebrate with respect to the advances that women have made in the legal profession during the past several decades but there is still work to be done.

“Just the difference in the number of women in our profession is a cause for celebration,” President Howard said in a keynote address at the Illinois State Bar Association’s “Celebrating Women in the Profession” luncheon on March 9, 2010. “Had an event such as this been held 30 years ago, even if all the women lawyers in the Chicago area had attended, there would be only a fraction of the number here today.”

More than 270 guests attended the luncheon at the Standard Club in Chicago to hear President Howard’s keynote address and to honor two of Illinois’ most influential women judges: Justice Susan F. Hutchinson of the Illinois Appellate Court, Second District, and Judge Jane L. Stuart of the Cook County Circuit Court.

The theme of the luncheon was to “Reach Out and Build Our Future” and many participants heeded the invitation to bring a younger attorney, law student, or other young woman to the event to “share the greatness of our profession, honor women who have advanced our profession, expand your network, and celebrate what women do best—helping others.”

“Her wise words were spoken to underscore the point that women—and men—should join together and continue on the path to create more opportunities for women and all citizens,” President O’Brien said. “That is what today is about.”

President O’Brien presented Justice Hutchinson and Judge Stuart with Presidential Commendations from the ISBA. “These women are role models,” he said. “Together, they have more than 40 years of judicial experience and they have led the way for many other women who now preside over courtrooms in Illinois.”

Justice Hutchinson served as an Assistant State’s Attorney in McHenry County from 1977-1981 and a judge in the Nineteenth Judicial Circuit from 1981 until she was elected to the appellate court in 1994. Active in several bar associations and the Youth Service Bureau in McHenry County, Justice Hutchinson gave brief remarks emphasizing the importance of community service.

Judge Stuart started her legal career as an attorney examiner at Chicago Title Insurance Company from 1985 to 1987 before working at the Cook County State’s Attorney’s Office from 1987 until 1996, when she was elected as a circuit judge.

A member of several legal organizations, including the Illinois Judicial Council Foundation, Black Women Lawyer’s Association of Greater Chicago and the Chicago Bar Association, Judge Stuart applauded the efforts of the bar associations to diversify the legal profession. President Howard, who holds leadership positions within the American Bar Association as well as her state bar, expressed similar sentiments.

President Howard, who is the principal of the Barbara J. Howard Co., LPA, and has practiced family law for 25 years, advised attorneys to “use a support system to help with discrimination issues . . . . Don’t sweep discrimination under the rug.”

Newer attorneys benefited from President Howard’s advice. “I like the fact that she said it was OK to tell someone that they are discriminatory,” said Danielle Johnson, a first-year associate.

President Howard urged the audience to “recognize, respect and appreciate our past.” She also said that one of the lessons she has learned is to recognize that some of our male colleagues “get it.”

To underscore both points, she told a story about her experience with gender discrimination early in her practice: “An opposing counsel said to my partner something to the effect that I really had no business practicing law, that I was taking the place of a man who needed a job, and that I should be at home raising my children,” she said. Her partner told opposing counsel that “I had every bit as much right to practice law as the next guy, and that he wholeheartedly supported having women in the profession.”

In 2008, men comprise 63% and women 37% of Ohio’s law schools’ faculty—comparable to the national average.

The National Association of Women Lawyers survey found that in 2008, women equity partners made $87,000 less than male equity partners. In 2009, that differential was $66,000.

Annemarie Kill, Chair of the ISBA’s Women and the Law Committee and chair of the planning committee for the luncheon, said that some of the young women she invited to the luncheon were taken aback by those statistics.

“Many have just not experienced being a woman as hampering any career opportunities,” said Ms. Kill, a partner in Avery, Camerlingo & Kill, L.L.C. “To that I say: How great that in the course of one lifetime we can go from experiences like Barbara’s, which I am sure are shared by many more-experienced women attorneys, to many younger women attorneys now seeing equality as a given.”

While it is encouraging to see how far women attorneys have come, Ms. Kill said it is “equally important to recognize that others have had to endure sometimes unequal treatment to create more equality now. I hope the younger attorneys developed a deeper appreciation for the path laid by those more experienced.” ■ 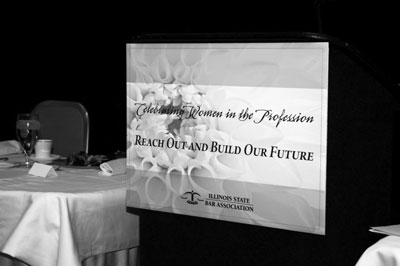 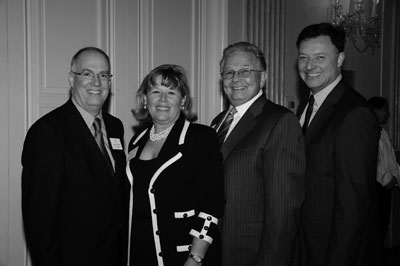 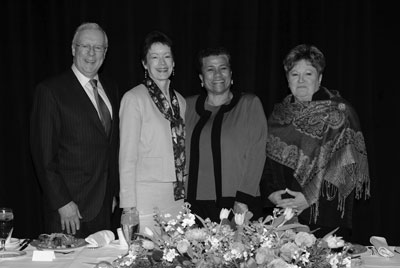 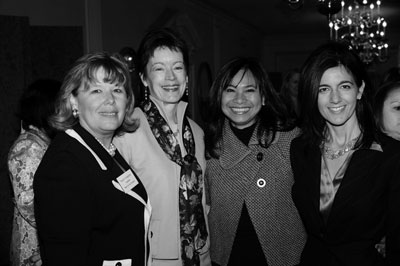 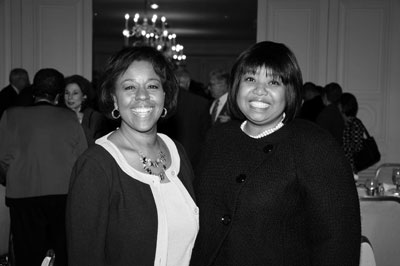 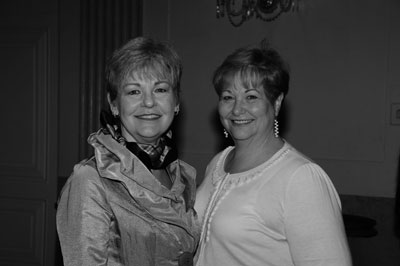 Back to the June 2010 Newsletter