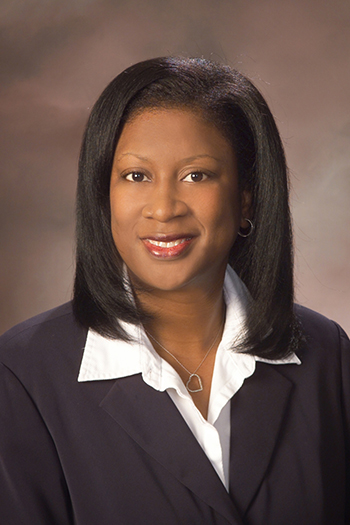 The Women and the Law Committee chose to nominate one of our own, Shira Truitt, for the 2016 Diversity Leadership Award. Shira is truly deserving of this award, as she has made significant contributions to the advancement of diversity within the Illinois and Missouri legal communities, within the ISBA, and through her demonstrated commitment to diversity beyond the ISBA. She has served as a member of the ISBA Standing Committee on Women and the Law since being appointed as our committee’s first Diversity Fellow. Shira is a member of numerous organizations outside the ISBA that are committed to diversity. Shira evinces a truly exceptional commitment to diversity (based on gender, race, ethnicity, gender identity, and for other traditionally underserved groups). This “spotlight” on Shira is taken in large part from our nomination letter as well as current information Shira has provided me.

Shira Truitt was appointed among the very first class of Diversity Fellows in 2010. The ISBA Diversity Fellow program identifies diverse future leaders and provides them with the opportunity to find their niche within the ISBA, hopefully paving the way to future leadership roles. This program gave her an opportunity to serve on the Standing Committee on Women and the Law and to observe the workings of numerous other ISBA committees.

After completing her fellowship, Shira joined our committee as a full member, where she has held several subcommittee chair positions and has been an outspoken voice championing diversity among our ranks. She also serves as a member of the Committee on Judicial Evaluations Outside Cook County. Shira is an elected member of the Assembly, where she proudly stands as the only African-American downstate representative. Clearly, through the Diversity Fellows program, Shira has found her niche and, we have no doubt, she will continue to grow as a leader within the ISBA.

My first memory of Shira was when this committee held its Spring Outreach program in LaSalle County and took a tour of the Dwight Women’s Correctional Center in March of 2011. During the tour, our guide told us that the women receive shampoo and soap when they are processed and admitted to the facility. I was impressed with Shira’s sensitivity to the women of color inmates when she asked our guide what hair care products were available to those inmates, as their hair grooming needs are vastly different from the other female prisoners. That issue of concern was something I would have never even considered, not being as attuned to the individual needs of non-white inmates as is Shira.

Shira serves as the Vice President and past Historian of the Mound City Bar Association, one of the oldest African-American bar associations west of the Mississippi River. In the wake of the 2014 unrest in Ferguson, Missouri, Shira rose as a champion for justice. She and other Mound City Bar Association members registered voters, wrote and printed pamphlets concerning the rights of protesters, visited jails, and worked to free detainees from jail. Shira personally led a campaign to respond to the needs of the community dealing with the Ferguson unrest by spearheading an effort to produce informational videos about various topics of concern to the community. She raised money, secured a camera crew, got permission to use a court building, enlisted other lawyers to participate, and shot videos about how the legal process works. Shira can be seen in a video about the importance of voting and jury service at <http://www.moundcitybar.com/#/about-us/community-videos>.

One of the duties of Vice President of the Mound City Bar Association is to oversee CLE seminars. Shira recently organized and implemented the February 29, 2016 CLE program entitled, “The Minority Conundrum: Balancing Expectations and Opportunities,” held at the Urban League of Metropolitan St. Louis. The speakers’ presentations focused on the differences and expectations on being a minority lawyer while balancing civic engagement, community expectations, and the “Big Give Back” in minority communities. The Mound City Bar Association is the only bar association for black attorneys in Southern Illinois and Shira individually contacted each attorney with an email invitation to the CLE.

In her practice, Shira Truitt knows all too well that people of color and other diverse populations often choose to remove themselves from the legal process. Her Mound City Bar Association video challenges these citizens to fully participate in legal and legislative processes and to have a stake in the outcome. In response to the crisis in Ferguson, Shira chose to leverage her talents to research and pursue changes in our laws. She also reached out to those in need of her legal expertise and other community members to turn a catastrophe into an opportunity for greater involvement in the legal system.

A member of the Illinois Bar since 2003, Shira is a tireless and outspoken advocate for social justice on both sides of the Mississippi. She has served as an attorney in municipal drug court, providing legal counsel for approximately 300 mothers whose children were removed from their custody as a result of drug addiction or abuse. She represents numerous local boards of education with a core specialty on special education. As a contract attorney for the St. Louis County Housing Authority, Shira helps remove dangerous tenants so that others may live in dignity, safety, and peace. She is a sought after speaker on numerous topics within her areas of expertise, including women’s issues, child custody, family law, legal writing, and ethics.

Shira gives generously of her time with organizations serving historically disadvantaged groups through her involvement in the United Way of Greater St. Louis, the Urban League Guild, the Urban League Young Professionals of Metropolitan St. Louis, and Alpha Kappa Alpha (AKA) Sorority, Incorporated. She also is a member of the board for the Institute of Peace and Justice.

Shira leads the AKA Sorority’s Environmental Responsibility Effort. The Effort focuses on recycling and on building refreshing and renewing sustainable play areas for children in primarily minority neighborhoods. She helped institute the first electronic recycling program in a minority area of St. Louis.

Shira Truitt has “adopted” family court waiting rooms, and has purchased toys, books and other items so that the children have an inviting and safe place to be while they wait for their cases to be called.

In addition to her Juris Doctorate Degree, Shira holds a Master of Social Work Degree, with a concentration in children and youth. Her background in social work makes her a uniquely effective advocate and counselor.

The Standing Committee on Women and the Law has greatly benefitted from the ISBA’s Diversity Fellows program by gaining Shira Truitt as a member. I’m so proud to call Shira my hero, my friend—she’s my “female Tavis Smiley.” And she’s OURS! 

Mary F. Petruchius is a solo general practitioner in Sycamore, IL. She was the 2013-2014 Chair of the ISBA Standing Committee on Women & the Law. Mary is also a current member of the ISBA General Practice, Solo, and Small Firm and Child Law Section Councils. She can be reached at marypet@petruchiuslaw.com and her website is www.petruchiuslaw.com.

Back to the June 2016 Newsletter