Judicial Notice in the Internet Era

Judicially noticeable facts require neither a witness's personal knowledge nor expert testimony, making judicial notice a powerful, cost-saving tool. Properly used, the doctrine can help resolve litigation at an earlier stage and shed light on the interpretation of a law, and it is sometimes the only way to add information to a limited record. 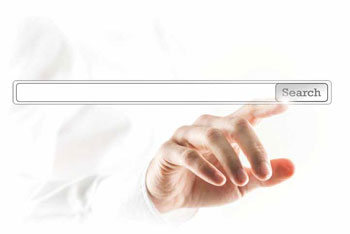 This article reviews the uses and limits of judicial notice. It then surveys some of the types of information available on the Internet and discusses best practices for seeking judicial notice of Internet records.

Many topics are subject to judicial notice, some of which we hardly think of in those terms. For instance, the Code of Civil Procedure mandates that a court must take notice of state statutes, ordinances, and common law.1 Courts, presumed to be no more ignorant than the general public, also take judicial notice of common knowledge.2

This article, however, focuses on taking notice of publicly available records from an authority. Judicial notice may be taken of facts that can be immediately and accurately demonstrated by easily accessible sources of indisputable accuracy.3 For adjudicative facts (those pertaining to the parties), the doctrine is codified under both the Illinois and Federal Rules of Evidence, which provide that a court may take judicial notice of adjudicative factual evidence.4

Illinois Rule of Evidence 201 also refers to "legislative facts," which do not directly relate to the parties before the court.5 A court may take notice of legislative facts, but the procedural requirements of Rule 201 do not apply.6

There are many types of publicly available records that courts take judicial notice of or cite as authority (see sidebar for examples).

Judicial notice has many uses. It can introduce facts at otherwise limited stages of litigation and support legal arguments with statistical data or evidence of legislative or administrative intent. It is also extremely cost-effective.

Early or late stages of litigation. Judicial notice can be used at an early stage of litigation to add facts to a motion to dismiss. In state court, a court may take notice of facts on a section 2-619 motion to dismiss.7 In federal court, a court can take notice of public records without converting a 12(b)(6) motion into a motion for summary judgment.8 Thus, judicial notice is one of the few ways to put additional facts before a judge at the motion-to-dismiss stage prior to discovery.

That said, courts will sometimes be reluctant to take judicial notice of critical evidentiary material not presented in the initial proceeding, especially with evidence that may be significant in the proper determination of the issues between the parties.12 Thus, a party should treat such use of judicial notice as a backstop, not a primary litigation strategy.

Statistical or persuasive support for policy arguments. Public records can be used to support legal arguments about the interpretation of a law. For example, an agency publication describing thousands of "private railroad crossings" could be used to show the absurdity of reading the governing law in a way that assumes no private crossings exist.13 In relation to the doctrine of laches, statistics of the number of prisoners in the correctional system might be used to show the administrative burden of allowing stale claims.14

Finally, an agency's prior decisions or opinions may be useful to those litigating before it. Judicial notice can remind the agency of its own position. And while prior decisions often do not bind an agency, they can occasionally be used to challenge an adverse decision. When an agency departs, without explanation, from its prior policy, that may support an argument that their decision was arbitrary or capricious.16

Cost-effective evidence. Judicial notice is a way to introduce information quickly and cheaply. While it can only bring relatively basic information to the table, it may help keep expenses down for cost-conscious clients or when the value of the litigation does not justify retaining an expert.

Judicial notice is no substitute for litigating a contested issue of fact. If a court takes judicial notice of a fact whose application is in dispute, the court removes that issue from the parties and raises doubt about whether they received a fair hearing.17 This problem can particularly arise when a judge decides sue sponte to take judicial notice,18 which can give rise to an argument that a party's right to a hearing was unfairly curtailed.

Even when a fact is undisputed, a party might be able to distinguish it. For instance, while the Consumer Price Index is a subject of notice, a party may still explain that it should not apply in their case.19 And even if a prior ruling involving the same parties is subject to judicial notice, a party may explain why it does not collaterally estop them from litigating certain issues.20 A party may also seek to challenge the veracity of a record - for instance, the authenticity of a specific recorded deed.21

The basic solution is to ensure that the parties have an opportunity to contest the fact of which notice is being taken. Indeed, Rule 201 codifies that provision.22

Another potential issue, particularly for medical or technical matters, is whether facts are sufficiently "generally accepted" in the community to be subject to judicial notice, as opposed to requiring a Frye hearing.23 An attorney who cannot establish that a given practice is universally accepted might have to resort to expert testimony or traditional methods of proof after all. A quick way to establish the acceptance of a given fact is to cite prior decisions doing so.

The Internet has expanded lawyers' ability to locate and provide public records. Of the many online sources of facts capable of judicial notice, the easiest to use are governmental records (see sidebar for examples).

The information on agency websites should not be underestimated. Courts have been willing to look to agency websites not only to take notice of their rules,24 but also for decisions or opinions,25 status reports,26 and statistical data.27

Some governmental units have large amounts of data. For example, the U.S. Bureau of Labor Statistics breaks down data about employment across the country,28 and Chicago's online data portal collects and provides over 800 datasets generated by its operations.29

Courts have also cited a number of non-governmental websites, including Google Maps and Mapquest;30 online dictionaries, including Merriam-Webster;31 publicly reported exchange rates and stock prices;32 medical information, such as on fingerprinting analysis;33 and the websites of companies or other parties to litigation.34

As these examples show, courts have been willing to accept non-governmental institutions as authorities, including in the geographical or medical context. There are many similar examples, particularly in unreported decisions.

However, using the Internet as an authority for judicial notice can raise problems beyond those previously discussed.

Link rot. One problem with websites is "link rot": links that no longer lead to the intended website. A practitioner cannot assume that information on the web will last forever. A recent Harvard study noted, for instance, that around half of the links in existing U.S. Supreme Court opinions no longer function.35 There is a ticking clock on all links - including those cited in this article.

Therefore, it's best to attach a hard copy of the Internet materials to the request to take notice. This ensures that the material is in the court record and that the parties and court are all looking at the same materials. Including the date that a website was last visited also helps avoid confusion.

Identifying trustworthy sources. It can be difficult to know which Internet sources are authorities and which are not. Few judges are willing to simply cite to Wikipedia, although it has happened.36 The seventh circuit has thus cautioned that it is important for parties to have the opportunity to be heard prior to the taking of judicial notice of information on websites.37

Therefore, when asking a court to take notice of websites, be sure to provide ample time, and be prepared to explain why it is a proper authority. One way may be to show that other courts have relied on the site.

The Internet's vast resources can help litigators in numerous ways, including by way of judicial notice. Be prepared to make good use of them.

Daniel Myerson is an assistant corporation counsel at the City of Chicago's Department of Law, Labor Division. Before that he was an associate at the Law Offices of Michael Murphy Tannen, P.C. He is a graduate of Loyola University Chicago's School of Law.

Governmental records on the Internet