An Illinois court awarded custody and control of frozen pre-embryos to the woman whose eggs were fertilized to create them.

The Illinois Appellate Court recently awarded custody and control of frozen pre-embryos to the woman whose eggs were fertilized to create them, despite the sperm donor's objection that he did not want to be a father.

In 2013, in the same case, the appellate first district decided an issue of first impression: how to determine the disposition of pre-embryos created by the sperm of the plaintiff and the ova of the defendant. In Szafranski v. Dunston, 2013 IL App (1st) 122975 ("Szafranski I"), the appellate court analyzed three competing approaches to the problem, ultimately settling on a hybrid model that looks for a contract between the parties and, failing that, looks to balance the interests of the parties to the dispute. It then remanded the case back to the Circuit Court of Cook County for a trial regarding whether a contract existed and the scope of that contract. 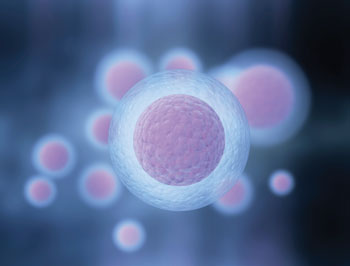 In early 2010, Karla Dunston was diagnosed with non-Hodgkin's lymphoma. Her chemotherapy treatments were likely to cause her to lose her fertility. Her then-boyfriend, Jacob Szafranski, agreed to donate sperm so she could create pre-embryos with her eggs. The couple planned to implant the pre-embryos at a later date.

At Northwestern hospital, the couple signed a form entitled "Informed Consent for Assisted Reproduction." The disclosure stated that the hospital would abide by any court orders or other settlement agreements regarding the ownership of the embryos if they were not implanted.

The couple also met with an attorney who prepared a co-parenting agreement. The agreement, which was never signed, stated that Szafranski would undertake "all legal, custodial, and other obligations" to the child "regardless of any change of circumstance between the Parties." Szafranski I at ¶ 5. It also provided that Dunston would control the disposition of the pre-embryos if the couple separated.

The trial court found that the co-parenting agreement did not modify the oral contract the parties had previously entered into. It further found that a June 14, 2010 email expressed Szafranski's intent to allow Dunston to have a child of her own and that it would be up to her to decide how to use the frozen pre-embryos.

On appeal, Szafranski argued that the March 24 oral contract did not contemplate several terms, including Dunston's control over the pre-embryos. The court looked at the intent of the parties based on their words and conduct.

Pointing to the trial record, the court noted that Szafranski had several opportunities to voice concerns about his consent to the use of the pre-embryos. The record showed that he had made statements to a physician, an attorney, and to Dunston that his intent was to help her have a child. He sent her an email saying as much.

The court rejected Szafranski's argument that any uncontemplated terms of the oral contract should not be read as included, noting that such a limitation would "change the fundamental essence of the parties' oral contract." Id. at ¶ 81. At trial, Szafranski had testified that limiting Dunston's use of the pre-embryos "never crossed his mind." Id. at ¶ 82. The court pointed out that "a presumption exists against provisions that could have been easily included in the contract but were not." Id. at ¶ 83.

The first district then turned to the effect of the March 25 informed consent that both parties signed. After examining its terms, the court determined that its language indicated that the terms of the oral agreement would control as to disposition of the embryos. Specifically, the informed consent contemplated the parties having a separate agreement related to the disposition of the embryos.

The first district pointed to its holding in Szafranski I. "Central to our holding in that case was the idea that advance agreements allow parties to settle their rights and obligations before an issue over rights or obligations arise." Id. at ¶ 97. Additionally the court noted that, even if the informed consent was ambiguous as to the disposition of the pre-embryos, the extrinsic evidence presented in the trial court indicated that Szafranski had no intention of limiting Dunston's use of them.

Finally, the court employed the balancing-of-the-interests test that it laid out in Szafranski I. It found that the trial court's findings were based on evidence introduced at trial as part of an intensive fact-based inquiry. Performing its own balancing test, the court held that Szarfanski's right to not become a parent was outweighed by Dunston's right to become a parent the only way that she could - by going through in vitro fertilization and the creation of the pre-embryos.

As such, the court awarded possession of the pre-embryos to Dunston. It is very likely that Szafranski will appeal the ruling to the Illinois Supreme Court.