By Sean A. Brown

You file for discovery of the police video of your client’s DUI arrest only to find that (check one) a) it was erased after it you requested it, b) it’s inaudible, or c) it wasn’t saved because of a tech snafu. Will the court grant your motion to bar testimony about what was on the video? It depends. This article discusses the developing case law and gives discovery and motion-practice tips.

A client calls you after her arrest for DUI. Several days later, you file motions for discovery and ask the state to preserve and produce evidence, including any audio or video, related to the arrest.

On the first court date, the state informs you the police have destroyed the video of your client’s arrest. You respond by filing a motion for discovery sanctions, requesting that the court bar the state from introducing testimony about the events captured on video. How will the court rule?

Thanks to the Illinois Supreme Court’s ruling in People v. Kladis, the trial court will probably grant your motion for discovery sanctions, which will typically lead to your client’s acquittal.1 Since 2011, discovery issues surrounding audio/video evidence have been front and center as lawyers have applied Kladis to a variety of circumstances and gotten mixed results.

While a string of appellate decisions have refused to extend the reach of Kladis, trial courts tend to give less credence to testimony when there is missing video. This article reviews the cases and discusses some of the litigation strategies available to Illinois practitioners.

A look at Kladis

Like the client in the opening hypothetical, the defendant in Kladis was arrested for DUI. Several weeks before her first court date, she delivered to the state’s attorney’s office a notice to produce police reports and any video of her arrest. By the first court date, however, the video had been destroyed because departmental policy required the police to purge the video 30 days after the defendant’s arrest.

Defense counsel moved for discovery sanctions. The court granted the motion and barred the state from introducing testimony about what was on the video. The state appealed, arguing the court’s decision undermined its ability to prosecute the defendant.

The Illinois Supreme Court affirmed the trial court’s decision and held that the state’s failure to preserve and produce the recording of the defendant’s arrest constituted a discovery violation.

The court declared audio/video recordings to be discoverable items because they present an objective view of the case and help assist in the truth-seeking process. The court also held it was a reasonable sanction to bar the state from introducing evidence of what was captured on video. It reasoned the sanction was narrowly tailored to remedy the discovery violation and the state could have still prosecuted the defendant by putting forth evidence not captured on the video. 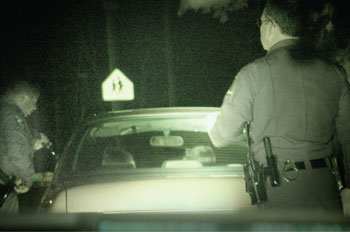 Following Kladis, Illinois practitioners began to file Kladis-based motions in a variety of cases where the state was either unable to produce audio/video evidence of a defendant’s arrest or unable to produce some other requested item of discovery. These motions typically take the form of motions for discovery sanctions, motions in limine, and motions to suppress. The post-Kladis appellate decisions have disappointed the defense bar by refusing to extend the logic of Kladis beyond the narrow facts of that case.

No sanctions for video not requested until suppression hearing. In People v. Schroeder, the defendant was charged and convicted of an overweight truck violation.2 Defense counsel moved to suppress other evidence and, during the suppression hearing, learned that police destroyed video of the stop 90 days after his client’s arrest.

Relying on Kladis, the defendant urged the court to grant the motion to suppress due to the destruction of the video, but the trial court denied the motion. On appeal, the third appellate district affirmed the defendant’s conviction, holding Kladis does not apply because the defendant waited until the middle of the suppression hearing to request the video after it had already been destroyed.

No Kladis relief for tech problems with audio/video recordings. In People v. Walker, the defendant was convicted for driving on a suspended license.3 The arresting officer’s squad car contained an onboard camera that recorded the defendant’s arrest, but the recording was not saved due to a "technological error."

Defense counsel filed a motion in limine to prohibit the state from introducing testimony about events that would have been captured on video, but the trial court denied the motion. The fourth appellate district affirmed the trial court’s ruling, holding Kladis only applies when audio/video evidence is destroyed, not when it is unavailable due to "technological errors."

No suppression for video erased 90 days after arrest. In People v. Wachholtz, the defendant was arrested by the Illinois State Police and convicted of driving with a revoked license.4 The defendant failed to appear for court, and a warrant was issued for his arrest. After execution of the warrant, the state informed defense counsel the arrest video was unavailable because it had been recycled.

Defense counsel filed a motion to suppress, alleging the police violated the statutory recording retention requirement by destroying the video. The trial court denied the motion, and the fourth appellate district affirmed, holding that suppression was too severe a sanction.

Testimony admissible though police car not equipped for recording. In People v. Borys, the defendant was arrested by the Illinois State Police and convicted of aggravated DUI.5 The trooper’s squad car did not contain recording equipment as required by the State Police Act.

The trial court granted the defendant’s motion for sanctions based on the lack of audio and barred "the State from presenting any testimony or video at trial regarding the field sobriety tests."8 The first appellate district, however, reversed the trial court’s decision. It wrote that "Kladis does not stand as authority for imposing a sanction against the prosecution where the requested discovery material never existed in the first instance."9

In the wake of these post-Kladis decisions, Illinois trial courts typically allow testimony about evidence captured on video even where the video is unavailable (but not destroyed or withheld after a request to produce or preserve) at the time of trial. But the lack of audio/video evidence often influences the weight a court gives to testimony about events related to the arrest.

Also, Illinois defense lawyers have had some success filing Kladis-based motions where evidence - other than audio/video evidence - is either unavailable or was destroyed. The following cases illustrate how destroyed or missing evidence impacts outcomes in trial courts.

Defendant acquitted where video has no audio. In Strobel, discussed above, the first appellate district reversed the trial court’s decision to impose sanctions where video of the defendant’s arrest did not contain contemporaneous audio. Subsequently, the case proceeded to trial, and the state was permitted to introduce evidence of the video, which showed the defendant’s performance on the field sobriety tests. After reviewing the video, the trial court found the defendant not guilty of DUI because the defendant’s performance on the field sobriety tests did not prove his guilt beyond a reasonable doubt.

Sanctions imposed where breath certification unavailable. In People v. Calderon, the defendant was arrested on March 30, 2013, for driving with his blood alcohol content above the legal limit.10 Defense counsel requested that the state produce the scheduled accuracy certifications for the breath machine showing the defendant to be above the legal limit. The state tendered discovery to defense counsel showing the machine was certified accurate in February and April of 2013, but the state did not tender the certification for March 2013.

The defendant moved for sanctions based on the unavailability of the March 2013 accuracy certification. More than 12 months after the arrest, police advised the state it could not provide the scheduled certification for March 2013. Pursuant to Kladis, the trial court granted the defendant’s motion for sanctions and barred any testimony related to the breath test.

Motion practice after Kladis and its progeny

For criminal proceedings, Kladis expanded the scope of discoverable items in misdemeanor cases to include audio/video recordings.12 As a result, requesting recordings in misdemeanor cases has become standard practice for defense attorneys. Even on felony matters, attorneys have often cited Kladis to support discovery requests, sanctions, and post-conviction relief in cases where evidence was destroyed or not made available to the defendant.13

In civil and administrative proceedings, Illinois practitioners have also cited Kladis to support a variety of pre-trial motions.14

Per the discussion above, post-Kladis decisions have narrowed its application, which has caused motions for sanctions based on the lack of audio/video evidence to be granted less often. Nevertheless, where audio/video evidence is missing or has been destroyed, its absence usually reduces the weight a court gives to testimony about events that would have been captured on audio or video. That often sounds the death knell for a DUI prosecution.

Defense attorneys. Defense counsel must follow a strict plan of action in a DUI case and know how to proceed if evidence is missing or the state fails to comply with discovery requests. Upon receiving notification of a client’s arrest, defense attorneys should file and serve the state with (1) a motion to produce, (2) a notice to preserve evidence, and, if applicable, (3) a petition to rescind the statutory summary suspension. Attorneys who do so promptly may prevent destruction of potentially exculpatory evidence.

It is also good practice to send subpoenas for discoverable items to both the state and the arresting agency. That allows defense counsel to avoid having a Kladis motion denied merely because a notice to preserve and produce evidence was never served on the state’s attorney’s office.15

If audio/video evidence or some other requested discoverable item is destroyed or unavailable, immediately file a motion for sanctions under Kladis. Courts are likely to grant sanctions as long as you made a timely request for discovery or notified the state to preserve the evidence, and it was then destroyed.

Obviously, a timely response is essential for defense attorneys. Failure to file the motions and petitions in a timely manner could result in the inadvertent destruction of audio/video evidence or a missed opportunity to prevent a client’s driving privileges from being suspended or revoked.

Prosecutors. To prevent the inadvertent destruction of audio/video evidence, prosecutors should coordinate with law enforcement agencies to learn departmental policies about retaining audio/video recordings made in connection with arrests. They should reach out to agencies that are not complying with statutory retention requirements and educate them about the statute and the potential consequences of noncompliance, particularly court-imposed sanctions.

Most importantly, prosecutors need to communicate with law enforcement officials about subpoenas for audio/video evidence. To avoid confusion, destruction of evidence, or failure to comply with discovery requests, prosecutors must learn who has the requested material and how to preserve and produce it to the defense in a timely fashion.

The appellate court has not interpreted Kladis to be an absolute bar to admitting testimony about missing audio/video recordings. With few if any exceptions, motions to disallow such testimony are granted only under facts nearly identical to Kladis.

But that is not the end of the story. Trial courts often place less weight on that testimony if the video was destroyed or is otherwise unavailable. Defense lawyers and prosecutors should be prepared to proceed accordingly.

Sean A. Brown is a Cook County Assistant State’s Attorney who focuses on prosecuting violations of traffic law and misdemeanor crime.