Beau Brindley was acquitted of charges that he coached witnesses to lie. So where's the line between zealous preparation and improper coaching? It isn't always easy to see. 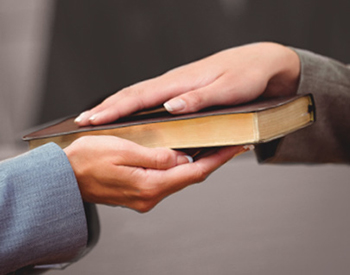 On September 3, 2015, the Honorable Harry J. Leinenweber announced his verdict in the federal bench trial of Chicago criminal defense attorney Beau Brindley and his law partner, Michael Thompson. Judge Leinenweber acquitted Brindley and Thompson on all counts, finding that the government had failed to prove its case.

Brindley was accused of coaching witnesses to lie under oath, obstruction of justice, and conspiracy. The 21-count indictment focused on six federal criminal trials where Brindley was defense counsel.

One of the government's key pieces of evidence was a set of question-and-answer sheets that Brindley used to prepare witnesses for trial. According to the Chicago Tribune, Brindley testified that he'd modeled the Q&A sheets on ones that prosecutors use to prepare witnesses appearing before a grand jury. The story is at http://trib.in/1GclVfA.

Brindley said that the forms were an efficient way to prepare witnesses for trial. When issuing his ruling, Judge Leinenweber discounted the weight of the testimony against Brindley, noting that the witnesses had cut significant deals with the U.S. government and that they had already lied on the stand. Leinenweber also stated that he had used question and answer scripts in his private practice and would never put a client or witness on the stand "without exhaustive preparation," according to the Tribune report.

Preparing clients and witnesses for trial is an essential part of an attorney's practice. But what are the limits? Where does rigorous preparation leave off and improper coaching begin?

Thomas P. McGarry, a partner at Hinshaw & Culbertson LLP, represents lawyers and their professional liability insurers. He says that the question of how far a lawyer can go explaining to the client the impact on the case of a question and its answer is organic - there is no bright line.

Attorneys have a duty to zealously represent their clients, and explaining the law and how it applies to the facts of the case is part of that duty. However, when explaining how specific testimony might effect a case, attorneys can enter a grey area between imparting legal knowledge and the duty to elicit truthful testimony.

McGarry points to the Illinois Rules of Professional Conduct for guidance. Rule 3.3 forbids lawyers from knowingly making false statements of fact to the tribunal and from offering evidence they know to be false. Rule 3.4 requires that attorneys show fairness to opposing parties and counsel. Falsifying evidence is prohibited under Rule 3.4. "As advocates, we want witnesses and our clients to give the purest answer and to also be informed about the law," McGarry says.

"If [trial prep] technique is consistently applied and shades testimony, then that might become problematic." He notes that there is an objective standard under the Rules: a lawyer must have actual knowledge of falsehood or imputed actual knowledge.

McGarry suggests that attorneys make it clear to their clients that while they are providing them with the tools to understand a civil claim or criminal charge, they will not help them lie. "You have to tell the truth," is his preferred admonition. Setting out the penalties for lying and establishing ground rules is essential. McGarry suggests that telling a client, "we might not win, but…tell the truth," can be an effective way to minimize the desire to lie on the stand.