Petitions for Leave to Appeal: Smoothing Your Path to Illinois Supreme Court Review

The Illinois Supreme Court receives thousands of petitions every year from litigants who have been unsuccessful in the appellate court. Only a small percentage are allowed. Here's how to increase the odds that yours will be one. 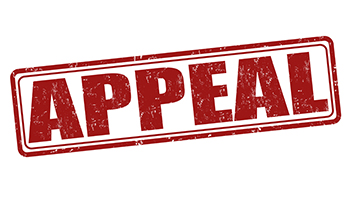 The Illinois Supreme Court hears most of its cases on appeal from the appellate court by discretionary review under Supreme Court Rule 315, which governs petitions for leave to appeal, or PLAs. But the grounds for filing such a petition are very narrow, and to take license with the popular biblical phrase: "For many are filed, but few are chosen."

How does your petition become one of the few? How should you present your argument so it not only meets the criteria of Rule 315 but persuades the court to allow your petition out of the hundreds filed every year?

The odds of having a petition for rehearing granted are very slim. If the appellate court has misunderstood a material fact or misapplied relevant law governing your appeal, or alternatively, there has been a new legal development since you filed your briefs, then you should petition the appellate court to reconsider your appeal.1

The odds of having a PLA to the supreme court allowed are long but not insurmountable if you have the right type of case. The number of PLAs filed annually has been decreasing through the years from approximately 1,800 in 2011 to about 1,400 in 2014.5 The percentage of those petitions allowed by the high court has averaged between 2 to 4 percent.6 The odds of having your petition granted are improved if you have a dissent in the appellate court,7 if a division of the appellate court acknowledges that its opinion is in conflict with another division of the appellate court, or if the issue you are appealing has broad application to other cases, such as how a state statute should be interpreted.

In assessing the odds of whether your petition might be allowed or not, do not be discouraged by the fact that the appellate court issued a Rule 23 order as opposed to a published opinion. The supreme court has allowed PLAs from Rule 23 orders and increasingly is doing so.8

Also, the fact that the appellate court did not hear an oral argument in your appeal is not indicative of whether your PLA will be successful. There are different criteria for deciding whether to have an oral argument than whether a PLA should be allowed. In many cases the supreme court has allowed a PLA from Rule 23 orders where there was no oral argument.

Finally, in deciding whether it is worthwhile to file a petition where the odds are so stacked against you, consider this: in civil cases decided in the court's last term, 68 percent were either outright reversed or reversed in part. So if your petition meets the criteria of Rule 315, filing it may be well worth your effort.9

The criteria for a Rule 315 petition

Rule 315 lists the general criteria for granting a petition, stating them as follows:

These criteria are not controlling, but they do fairly characterize the types of cases the supreme court will hear.

General importance of the question. In the last term of the court, over 60 percent of civil appeals related to issues of statutory interpretation. Presumably, the court is looking at how many people will be affected by the appellate court decision. How a statute is applied affects more people than just the litigants.

Issues of first impression always provide a strong basis for review. Finally, although the supreme court is looking at more than whether the appellate court wrongly decided the case, if the appellate opinion will have an adverse impact on the development of a particular area of law, that may be enough to get the court's attention. There is no precise definition of what is "generally important," but your job is to convince the supreme court that the ruling in your case is more than just a bad decision but will result in harmful precedent that should not be ignored.

But sometimes the conflict is not acknowledged or transparent. In that case, you have to argue why there is a conflict and the effect on the law if it is not resolved. For example, should the law be applied differently in the fifth district than the second district? Maybe the supreme court will wait to hear how other districts will respond, but this type of conflict presents solid grounds for your petition.

The interlocutory character of the judgment. Generally, but not always, the supreme court would prefer to review a case where there has been a final judgment. The reason: if the appellate court remands the case for further proceedings, the issue may disappear or be resolved in the circuit court where a complete record can be made.

Despite the a strong preference for final judgments, the high court has heard cases that are interlocutory in nature, particularly if it presents questions posed in a Supreme Court Rule 308 petition, or where the expense and time of a trial would be unnecessary if the legal issue was decided at an earlier stage of the proceedings. If your appeal is interlocutory, you need to squarely confront in the petition why the issue should be heard now.

A PLA is only 20 pages long so you must make the most of your limited pages.11 The following are required sections of the petition.

Prayer for relief. This is perhaps the most straightforward of the required contents. You simply are asking the court to allow your petition under Rule 315. This may also be an opportunity to provide a very short introduction about the nature of your petition and the issues you are raising.

If the appellate court decides for the first time on appeal that a state or federal statute is invalid or a question arises as to the statute's constitutionality as a result of an action by the appellate court, an appeal with the supreme court may lie as a matter of right under Rule 317. Generally, where 317 grounds might be present, practitioners will petition the court seeking relief under both Rules 315 and 317, alternatively. The format for a 317 petition is essentially the same as a petition under Rule 315 with some minor exceptions detailed in the Rule.12

Points relied upon in asking the court to review the case. By far, this is the most important section of your petition. Note it is not asking you why the appellate court should be reversed. It is asking why the case should be reviewed by the supreme court.

The supreme court is not an "error correcting court." It only decides issues of general importance or conflicts in the reviewing court. Even if the appellate court opinion has errors in its analysis, that alone is not sufficient for further review.

Your job in this section is to state the issues and why they meet the criteria in Rule 315. Some appellate practitioners devote as much as 1/3 or 1/2 of their petition to this section alone because it is the best opportunity to convince the court why your petition should be allowed versus the hundreds of others that are filed. The focus solely should be on the criteria in the rule and why your issues warrant further review.

Statement of facts. The supreme court will have the benefit of a complete statement of facts as recited in the appellate court opinion, which you must attach to the petition. So your statement need only contain those facts directly related to the issues you are raising in your petition. Extraneous facts to try to arouse sympathy are not going to help the court decide whether it should determine the legal issues you are raising. They may actually be harmful if the court thinks you are wasting its time.

Argument. If you have thoroughly explained why the court should review the appeal, the argument will be easy to write. It should explain the case law, trends in other states if applicable, and why the appellate court decision was wrongly decided. Petitions are more likely to succeed when it is apparent that the appellate court was wrong, assuming you have independent grounds under Rule 315.

Also in this section, you should preserve for review other issues you may want the supreme court to review if it allows your petition. These issues do not rise to the level of Rule 315 criteria but are important to your case if it is reviewed. Failure to raise these issues in a petition may constitute their forfeiture if the supreme court decides to take your case.13

Conclude your argument by reiterating why the court should take the case and the specific relief you are requesting.

Appendix. A copy of the appellate court opinion or order must be included in the appendix. Other documents in the record and critical to the court's consideration of your petition should also be included, but err on the side of keeping the appendix short.

There is generally no need to file an answer to a PLA. The supreme court will review the appellate court opinion or order in considering your petition. The appellate court opinion or order sets forth the basis for the ruling, so repeating what it held and why is often unnecessary. In my experience, the supreme court will not draw a negative inference if you decide not to file an answer.

But sometimes the petition so misstates the facts or issues that a short corrective answer is helpful. The answer is due within 21 days after the due date of the petition and also is limited to 20 pages.

The petition and answer should be prepared and served according to the requirements set forth for briefs in Rule 341 through Rule 343.14

Petition or answer as your brief

You can let your petition or answer stand as your brief if the PLA is allowed.15 Generally, you should not, because the purposes of the petition, answer, and brief differ. The petition and answer are to persuade the court to consider your case, and the brief gives the reasons why the appellate court opinion should be reversed. If you file a brief, you have 50 pages or 15,000 words to make those arguments and can focus primarily on the merits.

If you not to let your petition or answer stand as your brief, you need to inform the court of your election within 14 days of the date the PLA is allowed or, in the case of an answer, within 14 days after the due date of the appellant's brief if the appellant elected to file one.16

Mastering the art of writing a good PLA does not guarantee it will be allowed. But because it is the primary pathway to the supreme court, it merits your best effort.

J. Timothy Eaton is a partner at Taft, Stettinius & Hollister in Chicago. He is a past president of the ISBA and has authored a number of articles on appellate practice. He is a fellow of the American Academy of Appellate Lawyers.

Thank you for this article. It was very good. Can you please post some links to good examples you have prepared? Specifically, I am looking for foreclosure cases. So often the Foreclosure judges at the Daley center are not following the law. Thanks