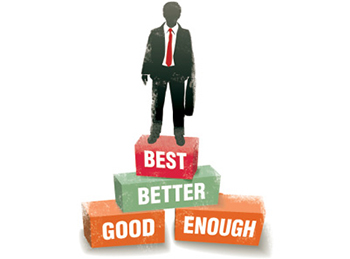 Many attorneys are familiar with Avvo.com, a website that lists attorney profiles, allowing users to search for attorneys based on a variety of search terms. Lawyer profiles are created by Avvo and can be "claimed" by attorneys, who can then improve the profile to provide more information about their practices. Avvo also allows users to purchase advertising space on the website.

When lawyers purchase ad space on Avvo.com, the ads appear at the top of search results, similar to ads on Google. They also appear on attorney profile pages regardless of whether those profile pages have been claimed by the associated attorneys.

Those ads are often for competitors who practice in the same field and in the same geographic area. For $49 per month, attorneys can upgrade their profiles to Avvo Pro accounts. Avvo Pro users do not have competitors' ads on their pages.

Bernstein's complaint points to this practice as the means by which Avvo.com profits from allegedly misappropriating attorneys' identities and violating their right of publicity. According to the complaint, available on the ABA Journal's website at http://bit.ly/1RkHXMd, Avvo creates profile pages for attorneys without their consent and then uses space on those pages to sell advertising to competing attorneys. See Complaint at ¶ 31.

Josh King, Avvo, Inc.'s chief legal officer, says that this lawsuit was filed about two months after a similar suit was filed in the U.S. District Court for the Northern District of California. King views the dispute as being "fundamentally a media law issue."

He likens Avvo.com to a traditional news outlet like the New York Times, with each Avvo page as a mini-story about a lawyer. "If the plaintiff's theory is right, then Donald Trump can sue the New York Times for writing about him," he says.

Profiting from the likeness of others without consent

Thomas Zimmerman, Jr., of Zimmerman Law Offices, P.C., represents Bernstein. He says that Avvo is profiting by using the likenesses of others without their consent. "Avvo is creating a profile out of whole cloth, attorneys don't approve or request them." He believes that because Avvo then sells advertising space on these profile pages, it is engaged in the misappropriation of a person's likeness for a commercial purpose.

Zimmerman believes the First Amendment issues will resolve in his client's favor. "Avvo uses the likeness of an attorney to profit from ads placed by other attorneys." He also points to the Avvo Pro service as a way that Avvo further profits from the unauthorized use of an attorney's likeness. That competitors' ads appear on an attorney's Avvo page is "not a coincidence; it's not by accident," says Zimmerman.

He differentiates Avvo's ad program from Google's sponsored ads, which appear at the top of search results. "If someone clicks a link in a Google search result, they arrive at the website. Google hasn't placed competitors' ads on the website." King points out that Avvo creates and owns the attorney profiles. He expects the case to be dismissed at the pleading stage.

Controversies over attorney advertising are nothing new. More are likely to erupt as consumers move towards DIY solutions like LegalZoom. The landscape for attorney advertising has changed over the years. After all, former Chief Justice Warren Burger was quoted 30 years ago saying that some lawyer ads are "sheer shysterism," and that he would rather be a ditch digger than a lawyer in private practice who advertises (http://bit.ly/1R101f1). He might have had some strong opinions about this case as well.

For more about Avvo, see the ethics column beginning on page 54 and the March 2014 IBJ cover story.

I agree with Warren Burger. While the right to advertise has long since been determined to be both legal, ethical and largely beyond Bar Association control, there is still the requirement that such not be misleading......most advertising on television is inherently misleading. The Bar Associations should be more pro-active on this matter. Persons who have been injured are confused enough without the Bar contributing to their problems.