Another try for pot decriminalization 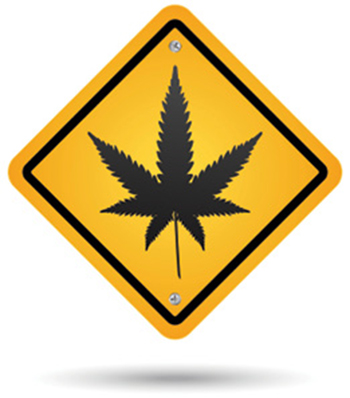 Last May, the General Assembly passed a bill that would have decriminalized the possession of up to 15 grams of marijuana and set a per se standard for determining when a driver is intoxicated. On August 14, 2015, Governor Rauner signed an amendatory veto, sending the bill back to the legislature with instructions to lower the possession amount to 10 grams and reduce the per se intoxication standard from 15 ng/ml of active THC in the blood to 5 ng/ml.

Legislators did not override or accept the governor's amendatory veto, and the bill died. Now, two new bills, HB 4357 and SB 2228, seek to revive the decriminalization law, bringing the proposed legislation in line with the governor's recommendations. The Senate bill passed April 19; at press time, HB 4357 awaits action by the full House.

In his veto message, Governor Rauner stated that while he "support[ed] the fundamental purposes of [HB 218]," he had "particular concern about three metrics" within the bill. See http://www.illinoisobserver.net/2015/08/15/veto-message-rauner-says-many-still-concerns-marijuana-decriminalization/. The governor's rationale was primarily aimed at keeping the law within previously established limits.

For example, the 15 gram limit set in HB 218 created a new delineation that did not already exist in the law. Current law categorizes violations for possession of small amounts of marijuana at up to 2.5 grams (Class C misdemeanor), up to 10 grams (Class B misdemeanor), and up to 30 grams (Class A misdemeanor or Class 4 felony).

The 15 gram limit would make it difficult to assess the effect of the bill because existing data is reported with the current delineations, Rauner said. He also noted that many local ordinances in Illinois use 10 grams as the limit between a civil law violation and a misdemeanor. Given that 83 percent of marijuana arrests in 2014 were for possession of less than 10 grams, Rauner felt that the lower limit would "still dramatically reduce the number of arrests."

Governor Rauner also felt that the fine for possession of small amounts of marijuana was too low. HB 218 would have set the minimum fine at $55 and the maximum at $125. Pointing to local ordinances around the state that set the penalties in a range from $200 in Cook County to a maximum of $750 in Carbondale, he stated that a range of $100 to $200 would "accomplish the bill's fundamental purposes" because the range represents a significant reduction from the current $1,500 fine.

He also noted that HB 218 distributed $55 of each fine to various funds, with the remainder going to the law enforcement agency writing the ticket. A fine at the $55 minimum would therefore leave no funds for law enforcement.

Finally, the governor took issue with the per se intoxication standard's legal limit. HB 218 would have set the highest limit in the nation. Washington and Colorado set their limit at 5 ng/ml. Nevada's limit is 2 ng/ml. Rauner's veto statement pointed to the work of European researcher Dr. Jan Ramaekers, who "opined that 5 ng/ml would cause approximately the same degree of impairment as our 0.08% standard for blood alcohol concentration."

Illinois is currently a zero tolerance state. Drivers can be found to be intoxicated if there is any trace of THC in their systems, regardless of whether the drug was ingested days or weeks earlier. Even with a lower per se standard, Rauner stated, the bill would "accomplish [its] fundamental purposes," which include abandoning zero tolerance.

Larry Davis, of The Davis Law Group, P.C. and the ISBA's Traffic Laws and Courts Section Council, says there is "no agreed-upon science" about what level impairment occurs at with marijuana. The ISBA felt comfortable with the original 15 ng/ml limit because "most people would be impaired at that point." He wonders whether a due process challenge will come out of the new bills' 5 ng/ml limit. If no scientific basis for the limit exists, "then the General Assembly cannot just pick a number out of thin air," he says.

All the same, Davis says, getting rid of the zero tolerance standard is very important. "It's something that [the ISBA has] been after a long time." However, he remains skeptical about the low level set by the new bill. He also notes that under the proposal testing must be done within two hours of driving to detect 5 ng/ml of THC in someone's blood. The reason is that for most casual users the "THC drops off quickly after use."