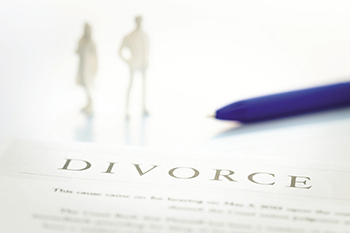 Sweeping changes to the Illinois Marriage and Dissolution of Marriage Act took effect on January 1, 2016. One new provision, at section 5/501 of the Act, provides that standardized statewide forms for interim attorney fee award orders and financial affidavits must be used. Another provision requires parties to prepare a parenting plan in divorces involving children.

Those forms are in the process of being released. Additionally, an amendment to the recently revised IMDMA has been introduced in the General Assembly to clarify some ambiguities in last year's legislation.

At press time, the interim attorney fee award order is available from the Illinois Supreme Court (www.illinoiscourts.gov/forms/approved/divorce/DV-O_1201.1_Approved.pdf), as is the financial affidavit (www.illinoiscourts.gov/Forms/approved/divorce/Financial_Affidavit_Suite_Approved.pdf). Both are also part of IllinoisBarDocs, the ISBA's library of automated forms (see www.isba.org/illinoisbardocs). A parenting-plan form has not been released by the court, but one is included in IllinoisBarDocs.

Interim attorney fees are awarded in divorce proceedings so that the spouse who controls the family finances cannot determine whether the other spouse's lawyer gets paid. Interim fee awards level the playing field, allowing both spouses to meaningfully participate in the case. When a spouse receives an interim fee award, the amount awarded is generally deemed to be an advance against that spouse's share of the marital estate.

André Katz, principal of Katz & Stefani, LLC, says that the form order is a very important change in how family law is practiced in Illinois. Prior to the introduction of the form, lawyers were using hand-written orders. Those orders did not necessarily inform the spouse receiving the award that it was an advance against the marital estate. "The new order clarifies that they have skin in the game," says Katz.

Additionally, hand-written orders did not necessarily include all of the findings necessary to make such an award. The new order has all of the requisite findings listed, allowing courts and attorneys to simply check boxes and fill in blanks.

From a practical standpoint, Katz thinks it will streamline proceedings, particularly trials. He says many hand-written orders address more than just the fee award, making it difficult to quickly find each order. By separating the fee award to its own order, that problem is solved.

Financial affidavit form spells out 'rules of the road'

The form financial affidavit is also designed to ameliorate another common problem - accurate disclosure of a spouse's finances. Prior to the new Act, there was no uniform affidavit; various counties had their own forms, or none at all.

It provides comprehensive instructions that detail when an affidavit must be filled out, when it must be submitted to the parties and the court, and what supporting documentation is required, among other things. According to Katz, who was the chairman of the Illinois Family Law Study Committee, the instructions provide much-needed "rules of the road" for completing a financial affidavit. Spouses are told how many months of pay stubs to include, for example. In the past, it was too easy to game the system; a spouse could list one month of pay or six months, he notes. That was problematic.

"There's no way the system could work if everything went to an evidentiary hearing," he says. The affidavits allow for summary hearings where facts are supported by affidavit. The new affidavit is designed to be comprehensive, supported by documentation, and presented under oath. If the affidavits are not done properly, parties face sanctions.

According to Katz, the form parenting plan is still under development. The proposed parenting plan must be filed within 120 days of opening the case. Although the form plan will be made available statewide, it is the one form that is optional. If an attorney-drafted plan contains all of the elements required by the statute, then it may be used instead of the form.

The proposed amendments to the Act clarify some ambiguities and clean up sections that could have been abused. For example, the amendments change the Act's stay provisions. Once a divorce case is filed, a stay goes into place to prevent the removal of any children from the state. Katz says that some spouses were able to use this provision to play games by timing their filing to coincide with a planned trip with the child. Under the changes, a spouse cannot actively conceal a child and must give notice and dates of travel before leaving.

Another important clarification involves section 503(b)(1) of the current Act. Section 503(b)(1) provides that property transferred between two spouses during the marriage is not presumptively marital property when the transfer was for tax planning purposes or otherwise not intended to be a gift. Katz says that the section was not completely clear that such a transfer had to be between the spouses, not other family members. The proposed amendment makes that clarification.

Other changes resolve other ambiguities in the statute. For example, the Act's spousal maintenance provisions were cleaned up to clarify that judges have the same options for setting maintenance on review as they do at the outset of the case. The Act's provisions related to payments for the college education of children would be changed to specify that the maximum amount is tied to the in-state tuition at the University of Illinois. The proposed amendments were filed on May 5, 2016.

what is the bill number for the "clean-up bill?