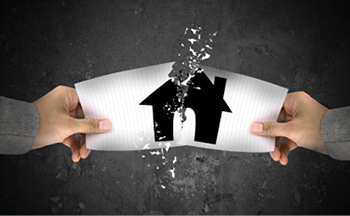 In 2010, two women who had been domestic partners since 1981 became involved in litigation related to the end of their relationship. In particular, Jane Blumenthal sought a partition of the residence that both women jointly owned. Her former partner, Eileen Brewer, filed a counterclaim that sought the restitution of funds that Blumenthal had used from the couple's joint account to purchase a medical practice.

The first district observed that Illinois' stance on the nature and scope of marriage has changed significantly in the last few decades. For example, no-fault divorce was codified in 1984 (Pub. Act 83-954). In 1985, the Parentage Act was amended, extending the parent and child relationship equally to every child and parent regardless of marital status (Pub. Act 83-1372). The General Assembly gave legal status to civil unions, including those between same-sex couples. (Pub. Act 96-1513). Same-sex marriage became the law of the state in 2014 (Pub. Act 98-597).

But the supreme court in Blumenthal held that Hewitt is still good law despite the changes in the law over the years. It noted that, in the face of all of these other changes, the General Assembly - which is better situated than the judicial branch to set domestic relations policy - has not acted to change the statutory prohibition against common law marriage.

According to Chicago attorney Richard Wilson, who has been a strong advocate for modernizing Illinois's approach to marriage and the rights of same-sex couples, "if the paragraph had stayed, the case would be much more amenable to a due process and equal protection challenge" before the Supreme Court of the United States. He says that some of the assertions made in the deleted language were factually incorrect.

For example, the majority opinion stated that the couple could have been married in Massachusetts even though same-sex marriage was not yet legal in Illinois. Wilson points out that Illinois' marriage evasion statute would have prevented Illinois courts from recognizing the union; Illinois is one of five states to have such a law, which denies recognition to marriages consummated in other states in contravention of Illinois state law. Massachusetts is one of the other states to have adopted such a law. The couple would have been left in the same legal position as they found themselves, he says.

The Blumenthal court also held that the legislature "intended marriage to be the only legally protected family relationship under Illinois law, and permitting unmarried partners to enforce mutual property rights might 'encourage formation of such relationships and weaken marriage as the foundation of our family-based society.'" Blumenthal v. Brewer, 2016 IL 118781, ¶ 58. The court's "continued, and reaffirmed, insistence on marriage to the exclusion of all other [relationships] puts the unmarried into one class of people who are completely unprotected," even though more than half of heterosexual relationships involve unmarried individuals, Wilson says.

Wilson says that same-sex couples who wed after Illinois began allowing such marriages are also at a disadvantage. This is because Illinois law will not look back at assets co-mingled or acquired prior to the marriage when dividing property in a subsequent divorce. He says that this dichotomy raises equal protection concerns, exposing Blumenthal to a subsequent challenge, even without the deleted paragraph.

Other observers have noted that the court's opinion is also an important discussion of procedural basics. Ottawa attorney and leading appellate advocate Michael Reagan told the Chicago Daily Law Bulletin that "[t]he opinion taught lessons about fundamental concepts such as appellate jurisdiction and the hierarchical structure of the court system."

Those of us who are in the trenches see that many couples years ago and now, forego marriage and live together happily, but not alway forever after.

Dealing with the multitude of issues the arise when a relationship between two adults who have not married or formed a union is, as the court stated, really up to the legislature to sort out.

Had the Supreme Court agreed with the Appellate Court the case would return to the trial court in unchartered waters. It would probably would again be back through the courts of review.

It would have been a band aid approach and would not have caused this to be something that hopefully our legislature will deal with as it has in many cases the Supreme Court does not dispose of in a manner satisfactory to it.