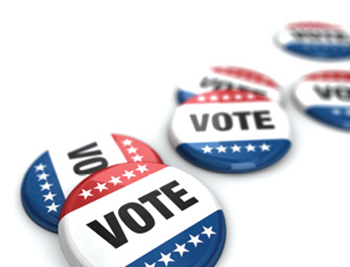 Spring is almost here, and that means it's election season at the ISBA. There are contested races for third vice-president and the Cook County and Under 37 board of governors seats. This special election section of the Journal has background about the candidates to help you make an informed decision.

Ballots will be distributed soon. Paper ballots will be mailed and e-ballots will be emailed on March 29. Voting concludes April 28 at 4:30 p.m. CDT. All attorney members with dues paid up by March 1 of this year are eligible to vote for races in their area. Find out more at www.isba.org/elections.

Third VP. Candidates for third vice-president are chosen from Cook County and downstate (outside Cook) in alternating years. This is a downstate year, and the contestants are Lisa M. Nyuli of South Elgin and Dennis J. Orsey of Granite City. Learn more about them by reading their bios on page 13. This year's third VP winner will serve as the ISBA's president in 2020-21.

Board and assembly. Five members of the ISBA Board of Governors will be chosen this year. In the contested Cook County board race, Chicagoans Julie A. Johnson (f/k/a Neubauer), incumbent Mark L. Karno, Shawn Kasserman, and Daniel R. Saeedi are running for two open seats. For the Outside Cook Under 37 seat, Alisha Biesinger of Edwardsville and Emily J. Rapp of St. Charles face each other. In Cook County, three candidates are vying for two Under 37 seats - incumbent Anna P. Krolikowska of Northbrook, Sarah M. LeRose of Chicago, and incumbent Dennis M. Lynch of Chicago. Find out more about board candidates below.

In the Cook County assembly race - the only one this year - 32 candidates are running for 21 seats. The candidate list appears on page 18. All successful candidates - for third VP, board, and assembly - take office in June.

Don't stand on the sideline. Casting your vote is easy and only takes a few minutes. Be on the lookout for your ballot, and do your part to shape the ISBA's future. 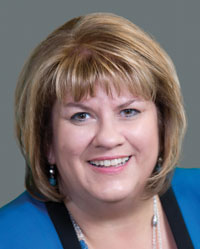 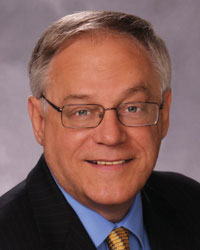 Dennis J. Orsey, Granite City. B.A. with High Distinction, University of Illinois; J.D., Southern Illinois University School of Law (Recipient Rendelman Award for Outstanding Senior Law Student). Served as Illinois Assistant Attorney General and Director of the Attorney General's Granite City Regional Office (1984-1995). In 1995 he established his own general practice firm in Granite City. As a solo practitioner, he concentrates his practice in representing downstate police and fire pension funds maintaining a geographic practice throughout southern and central Illinois. Serves as Deputy General Counsel for the Illinois Public Pension Fund Association and is a former Madison County Assistant State's Attorney (1996-2000). Former Adjunct Faculty at Southwestern Illinois College teaching Business Law (1990-2006). ISBA activities: Board of Governors (2003-2009, 2015-present), treasurer (2008-2009), Assembly (1988-1994, 1996-2001, 2013-2015). Co-chair of the Task Force on Law School Curriculum and Debt (2014-2016) and Special Committee on the Impact of Law School Debt on the Delivery of Legal Services (2012-13). Board member (2005- 2006) and Gold Fellow of the Illinois Bar Foundation. Member of the Illinois Supreme Court Character and Fitness Committee (5th District). Charter board member of the Illinois Pro Bono Center (1992-1998). Past president of the Madison County (1992-93) and Tri-City (1987) bar associations. Member of the Madison County and St. Clair County bar associations, Justinians, ABA, and ITLA. Awards: ISBA Board of Governors Award (2013) for work as co-Chair of the Special Committee on the Impact of Law School Debt on the Delivery of Legal Services, ISBA Community Service Award (1997) and the John C. McAndrews Pro Bono Service Award special commendation (1993) for work as co-chair of ISBA's Task Force for Disaster Relief. He resides in Glen Carbon with his wife, Catherine. They have one son, Matthew. Please visit my website at www.orseylaw.com for further background and issues.

Board of Governors - Cook County
CONTESTED - (2 to be elected)

Julie A. Johnson (formerly Neubauer), Chicago. Partner at the Chicago law firm of Aronberg Goldgehn Davis & Garmisa. Dedicates practice to matrimonial and family law litigation and appeals in Cook and the collar counties. Admitted to the Illinois Bar in 2007. Her ISBA involvement began when she was a student at Northern Illinois University College of Law while clerking for Robert K. Downs. ISBA activities: Assembly. Current member of the Family Law Section Council, Diversity Leadership Council and the Standing Committee on Women and the Law (chair 2016-present). Former member of the Young Lawyers Division. At the request of the Scope and Correlation Committee, Julie helped restructure the ISBA diversity protocol. Guided by her background as a staunch advocate for survivors of domestic violence, Julie has focused much of her professional energy on the prioritization of safe families. Other activities: DuPage County Bar and Appellate Lawyers associations. Awards: Repeatedly recognized as an Illinois Super Lawyers Rising Star and as an Emerging Lawyer by Leading Lawyers. Julie lives in Lombard, Illinois with her husband Neil, her step-daughter Olivia and son Cole. Issue Statement: Julie believes that diversity of perspective is the key to a strong Bar Association. Expanding membership in the ISBA is key to the survival and relevance of our association. Reaching out to attorneys from all walks of life through incentives and opportunities to advance the career of individuals is the key to the advancement of the profession at large. A strong Bar Association equals a powerful collective voice to ensure the laws of Illinois work for the people of Illinois.

Shawn Kasserman, Chicago. Married 27 years to Dawn, three children. Trial Lawyer at Corboy & Demetrio for 23 years, 15 as partner. In 2013 co-founded Tomasik Kotin Kasserman representing catastrophically injured/killed victims of negligence. Graduated DePaul College of Law (1990). ISBA activities: member of the ISBA since 1990. Current member of the Assembly, active member of the Torts Law Section Council, and former member of the Young Lawyers Division Council (1993-1998, chair 1996-1997). Illinois Bar Foundation: president, first vice president, second vice president, and Board of Directors (2008-present). Member of the IBF Scholarship, Cy Pres, Grants, Lawyers Assistance, and Development committees and past chair of the Grants and Lawyers Assistance committees. Active member of the DuPage County Bar Association (DCBA) and former member of its Civil Procedure Committee (1995-1996) and Publications Board (2010-2011). Current general counsel for DuPage County Bar Association. Active member of the Illinois Trial Lawyers Association (ITLA) since 1991, member of its Board of Managers (2008-present), and appointed to its Executive Committee in 2010 and 2014. Served as ITLA Seminar Planning chair (2013-2014 and 2016-present) organizing and moderating ITLA seminars. CBA member since 1990. Former member of the CBA's Judicial Evaluation, and Young Lawyers Section's Homeless and Runaway Youth committees. Awards: Honored with the Best Friend Award by Kids in Danger (2013), a nonprofit organization dedicated to improving children's product safety. Fellow, American College of Trial Lawyers whose membership is limited to 1% of lawyers in Illinois. Issue Statement: The citizens of Illinois need the lawyers of Illinois to bind together in the preservation of the Justice System. This can best be done by the ISBA expanding services to and elevating loyalty amongst members - which will bolster membership in numbers and spirit.

Anna P. Krolikowska, Northbrook. Incumbent. Partner at K & R Family Legal Services. Primarily represents clients in family law matters. B.A. and a J.D. from Loyola University Chicago. She has been active with the ISBA since being admitted to the Illinois Bar in 2006. ISBA activities: incumbent, Cook County Under Age 37 representative on the Board of Governors (2014-present); Assembly (2009-2014); ex-officio, General Practice, Solo and Small Firm Section Council (2009-present, chair 2015-2016); current member, Standing Committee on Scope and Correlation; co-chair, ISBA YLD Holiday Party Committee (2009-2011) raising more than $35,000 for the Children's Assistance Fund which provides child-friendly waiting rooms in courthouses throughout Illinois. She was appointed to and is a current member of the ISBA Mutual Insurance Company's Sales and Marketing Committee. Other activities: Advocates Society, ITLA, Justinian Society of Lawyers, NSBA, NWSBA, WBAI, DuPage County Bar Association, Lake County Bar Association. Past president, North Suburban Bar Association. Issue Statement: Now more than ever, attorneys are in a position to help people, and our advice and services are much needed. Anna believes that ISBA plays an important role in assisting people of Illinois. As a small-firm attorney Anna knows the issues facing many ISBA members and their practices. Anna has the skills, knowledge and energy to devote to her service to ISBA, and hopes she will again earn the members' votes to continue her service on the Board of the ISBA.

ASSEMBLY - Contested
(21 to be elected)

I am proud to be a member of this wonderful organization that serves not only it's members but the citizens of this great state. As a current Board member I am optimistic for our future that so many talented individuals with a diversity of experience have chosen to seek leadership positions in order to continue the good work and further it's goals. Good luck to all the candidates and thank you for your willingness to actively participate. Al Durkin, Secretary ISBA