A new bill would remove incentives that encourage police to seize cars and other private property and would limit the practice to people convicted, not just accused, of crimes. 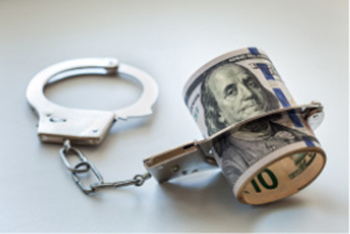 On January 25, 2017, Illinois State Representatives Will Guzzardi, Steven Andersson, and Tom Demmer introduced HB 689. The bill, which has bipartisan support and 14 other co-sponsors, would amend various asset-forfeiture statutes to increase fairness to property owners, increase transparency in the forfeiture process, and remove financial incentives that encourage police and prosecutors to seize citizens' property.

Civil forfeiture is heavily used under current Illinois law. Unlike criminal asset forfeiture, civil forfeiture does not require a criminal conviction before an individual's property can be taken by the government. In some situations, property owners may not be aware that a forfeiture proceeding is taking place because the case is brought in rem. HB 689 would change that.

The bill's changes are in line with recommendations by two strange ideological bedfellows, the American Civil Liberties Union of Illinois and the Illinois Policy Institute. The two organizations recently produced an article examining asset forfeiture in Illinois and proposing reforms for the existing system (read it at http://www.aclu-il.org/wp-content/uploads/2016/11/civil-asset-forfeiture.pdf).

The article, authored by the ACLU's Ben Ruddell and the IPI's Bryant Jackson-Green, tracks the current state of asset forfeiture in Illinois. It notes that between 2005 and 2015, asset forfeiture resulted in gains of more than $319 million for Illinois police departments, sheriffs, state's attorneys, and other law enforcement agencies. That statistic only represents asset seizures made under state law. An average of $36 million per year was seized under federal law. Illinois ranks in the top 11 states for takings via federal law.

The ACLU and IPI's article indicates that civil forfeiture gives Illinois law enforcement wide latitude to seize assets. People don't have to be arrested for, charged with, or convicted of a crime to lose assets to civil forfeiture. There's no right to appointed counsel in an asset forfeiture proceeding. The burden of proof falls primarily on the property owner, not the government. Property owners must quickly take the proper legal steps to protect their assets.

Under current law, law enforcement agencies get most of the proceeds from asset forfeiture. This creates an incentive to seize as many assets as possible.

The article points to the example of Judy Wiese, an elderly woman whose car was seized when her grandson, who had a suspended license due to a prior DUI, was pulled over driving her car. She ultimately got her vehicle back, but after considerable inconvenience.

Illinois voters don't think the system is fair, either, according to the report - 89 percent of registered voters oppose property seizures without a criminal conviction, per a survey commissioned by the IPI.

HB 689 would change the landscape. By amending the Drug Asset Forfeiture Procedure Act, Article 36 of the Criminal Code, the Illinois money laundering law, and others, it would fundamentally change how Illinois handles asset forfeiture. Perhaps the biggest change is that a criminal conviction would be required before property could be seized.

HB 689 would also remove the requirement that a property owner post a 10 percent bond to contest the seizure of property.

The bill would also increase transparency. It would amend all forfeiture statutes to require that law enforcement agencies report seizures and forfeitures of property under Illinois law. The data would be aggregated and publicly reported by the Illinois Criminal Justice Information Authority.

Another major change would help remove the incentive to seize as much property as possible - the creation of the Asset Forfeiture Proceeds Disbursement Act, which would provide a common pool for the proceeds of asset forfeitures. Those proceeds would then be distributed based on specific grants made to a range of entities, including law enforcement, school districts, private nonprofits, and others.

The ACLU's Ben Ruddell says that removing the profit motive is important to reforming asset forfeiture law in Illinois. However, he also stresses that "equally important is that a criminal conviction be required as a prerequisite to forfeiture….If the government is going to punish a person for alleged involvement in a crime, the least we can do is to make sure that there was in fact a crime, and that the person being punished was responsible."

Ruddell also believes that it is important to acknowledge that certain groups are disparately effected by asset forfeiture. Poor and working-class people tend to be the ones whose assets are most frequently taken. This runs against the narrative of "luxury cars and piles of cash being seized from drug cartels," he says.