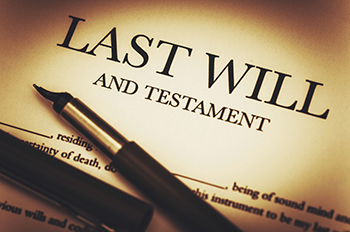 Virtually all attorneys understand statutes of limitations. From the time an injury or other bad act occurs, there is a specific, defined timeframe in which a party may bring suit.

In some types of cases, the limitations period does not begin to run until an injury is discovered. In others, such as personal injury cases, the discovery rule generally does not apply - people generally know they're physically injured at the time of, or shortly after, an accident.

Statutes of repose, on the other hand, bar an action once a specific period of time has passed, regardless of whether the potential plaintiff later discovers the act or omission giving rise to the claim. In Illinois, there is a statute of repose for attorney malpractice lawsuits. The problem is that not all attorneys are protected by it.

There is, however, a major exception to this rule. If the alleged malpractice is not discovered until the death of the client, the two-year limitations period begins to run then (735 ILCS 5/13-214.3(d)). The statute of repose does not apply. What's more, if a probate estate is opened, the two-year period can be extended.

This is particularly problematic for estate planners, who may have drafted a will decades prior to the client's death. As people's lifespans increase, so does the risk to an estate planning attorney. Imagine drafting a will, but the client never returns to update it. Thirty years later, the client passes away and there is a problem with the decades-old will. Under the current law, the decedent's family may still be able to file a malpractice action.

David M. Lutrey, Managing Partner at Lesser Lutrey Pasquesi & Howe LLP, thinks that estate planners are, in a way, singled out by the statute. Although he "cringes" at calling estate planning instruments products, he notes that even products liability lawsuits have an eight-year statute of repose (735 ILCS 5/13-213(d)).

Lutrey notes there are very few others who get no protection from a limitations period - most notably, murderers. "Should estate planners be held to the same standard?" he asks. Another concern voiced by both Lutrey and Gary R. Gehlbach is that currently there aren't malpractice insurance options that would provide indefinite tail coverage. If the outside limit of tail coverage is 10 to 15 years, it is still possible for an estate planning attorney to run into a malpractice lawsuit that their insurance simply won't cover.

Gehlbach, who is a partner at Ehrmann Gehlbach Badger Lee & Considine, LLC, in Dixon, also thinks the current state of the statute could have a dampening effect on young attorneys entering the field of estate planning. Since other practice areas do have a statute of repose, "shouldn't there fundamentally be repose for estate planners?" he asks. Gehlbach says that it's already difficult to find young attorneys who are interested in estate planning. Although he's not sure if those attorneys are aware of the ongoing liability issues tied to the practice, "Ultimately the consumer is hurt if there are no new estate planning attorneys in the marketplace."

So how does an estate planning lawyer limit their potential malpractice liability? Although one can admonish a client to periodically review estate planning instruments, that may not be enough to prevent or defeat a future malpractice suit. Gehlbach does not believe lawyers can ethically require estate planning clients to sign a hold harmless or other similar agreement because "you can't bargain away liability."

Gehlbach, Lutrey, and the ISBA Trust and Estates Section Counsel believe that a legislative solution may be the best idea for solving the problem. While there may be some resistance from the plaintiff's bar (particularly those who pursue legal malpractice claims), a legislative solution would be better than relying on the courts to interpret the current law.

One possible approach is to reinstate the 1995 amendments to subsection (d) of the statute, which eliminated the exception, creating a six-year statute of repose. The 1995 amendment to the act was part of a larger bill aimed at tort reform. It was struck down as unconstitutional in Best v. Taylor Machine Works, 179 Ill. 2d 367 (1997). However, the Best court was addressing other provisions of the act, not the amendment providing a statute of repose for estate planners. Whether legislation emerges this session is yet to be seen.