From the Discussions - Can you expunge only part of a criminal file?

Q. Can you expunge dismissed counts of a file when one count is not yet eligible for expungement but all counts are in the same file? 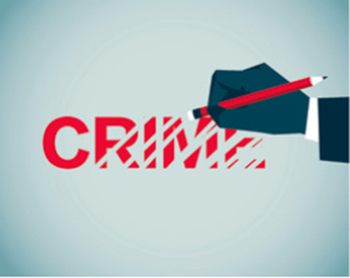 Tom Speedie, Nashville. Client, originally charged with assorted felonies and misdemeanors, got supervision on a later-filed charge, which will not be eligible for expungement until April 2019. The judge, however, is saying he can't expunge any of the dismissed charges until then because they are all filed under the same "CF" case number, and he can't partially expunge a file.

OSAD's expungement hotline said that partial expungements are allowed, but I don't see it in the statute. Any suggestions?

Kenneth Wang, Naperville. As a technical matter, I think the answer is probably going to be buried in the distinction between seeking to expunge "an arrest" vs. "a charge not initiated by an arrest" in the expungement statute. Assuming the case was originally a CF, I suspect your client was initially arrested. If that is the case, I think you only have one "arrest" and cannot therefore expunge your case. The statute is a little ambiguous on that point if there are multiple "charges not initiated by an arrest," but it seems clear for arrests.

As a practical matter, I'm not sure how it would be possible to partially expunge a case. The order would be for the arresting agencies to destroy their records. However, that would mean they destroy the police report for the charge where supervision was granted also. It's a bit of a Catch-22. You're ordered to destroy the report, but the report is not supposed to be destroyed because not enough time has elapsed.

Alan Downen, McLeansboro. Take a look at People v. Hansen (198 Ill.App.3d 160, 555 N.E.2d 797 (4th Dist. 1990)), where the court said that "the inconvenience the circuit clerk would suffer in expunging the record" does not prevent expungement (note: I have not Shepardized the case). The facts are not the same, but the legal reasoning should be (i.e., the judge can't defeat the right to expungement by saying it can't be done because it's in the same "CF" with other cases that were not expunged).

In your situation, it would seem that the file could be redacted in such a way as to get the expunged part out. Clerks don't actually destroy the file in an expungement anyway - they just seal it, because it can later be "unsealed" in certain circumstances. So, a second file could be made that is sealed. It might not be easy, but it could be done.

Of course, the best thing would be to go back and re-do the plea and have the charges pled to different case numbers. I would think the state's attorney would cooperate, as it doesn't change what happened, and the judge would be more receptive to not "inconveniencing the clerk."