From the Newsletters - Is oral argument a dying art?

Fewer oral arguments are held in the Illinois Appellate Court these days - and that's not a good thing, Illinois' chief justice says. 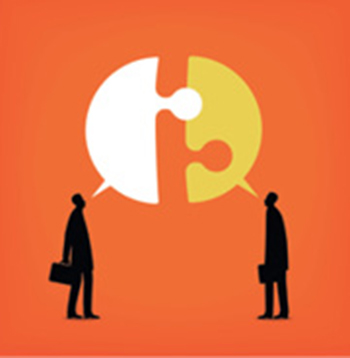 "The importance of dialogue: Preserving the right to oral argument"
By Hon. Lloyd A. Karmeier
Bench and Bar - July 2017

Ask laypeople what happens when a case is appealed and "they are likely to describe an erudite attorney making an eloquent plea for justice before a panel of judges," writes Illinois Supreme Court Chief Justice Lloyd A. Karmeier in the most recent ISBA Bench and Bar newsletter. In truth, though, "oral argument in our appellate court has become the exception rather than the rule."

Karmeier notes the downward trend in oral arguments, particularly in the first appellate district, where 32.8 percent of cases were decided following oral argument in 2006 compared to 9.7 percent in 2016.

The reason? "In my view, the trend is attributable in significant part to a growing belief among attorneys and judges that oral argument adds little to the decision-making process and is therefore unimportant," Karmeier writes. "That is a belief I do not share."

Many lawyers are better talkers than writers. "More than once I have seen a case with poorly written briefs rescued by counsel who was not able to fully articulate his or her client's position until they had a chance to speak to the court directly and engage in a dialogue with the judges to explain what they really meant," he writes.

The lawyer-judge back-and-forth can influence the outcome. Oral argument lets the lawyers "engage and explore the justices' mental processes and make certain that the members of the court are focused where counsel thinks their focus should be," Karmeier writes. "In a '50/50,' '51-49' or even a '60-40' case, the significance of this cannot be overstated."

Oral argument encourages the justices to discuss the case with each other. "A point pressed by one judge may lead another judge to seek clarification from counsel and so, step by step, point by counter-point, a more complete understanding of the case emerges," Karmeier writes. Also, "oral argument settings provide an opportunity for [far-flung justices] to meet and debate issues face to face," he writes. "It has been my experience that the undivided focus of such conferences yields insights and understanding that an exchange of written memoranda simply cannot duplicate."

Oral argument engages and educates the public. Oral advocacy gives "reassurance that judges themselves and not some unseen bureaucratic machine are deciding disputes," Karmeier writes. "At a time when the legitimacy of the courts has come under increasing attack, the importance of these functions cannot be underestimated."

His article appeared first in Illinois Courts Connect, the monthly newsletter of the Illinois Supreme Court, and was used by permission in Bench and Bar.