ISBA staff members were installed last month as presidents of two of the leading organizations serving the bar association community. 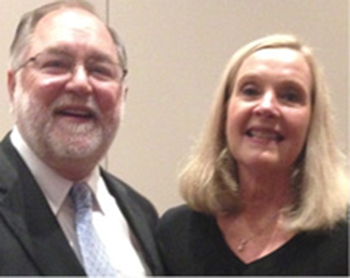 ISBA Executive Director Robert E. Craghead took the helm of the National Association of Bar Executives at the group's annual meeting in New York City. NABE members are management-level staff who work for state, metropolitan, and local bar associations from around the country. Craghead is the third ISBA executive director to serve as NABE president. Amos Pinkerton led the group in 1954-55, as did John H. Dickason in 1976-77.

Craghead has been active in NABE for decades, having served on the governing board and numerous committees. He received the organization's Bolton Award for Professional Excellence in 2003. For more about his ISBA career, now in its fourth decade, see the December 2015 Illinois Bar Journal at www.isba.org/ibj/2015/12. 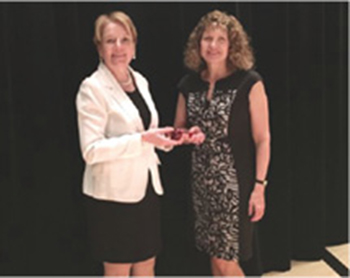 Jeanne Heaton, ISBA's Director of CLE, became the president of the Association for Continuing Legal Education (ACLEA) at the association's annual meeting in Montreal. She is the first ISBA staff member to lead ACLEA. She joined the ISBA as director of continuing legal education in November 2006.

ACLEA is an international association for CLE professionals. Most members are from the United States and Canada, but they also hail from the United Kingdom, Australia, New Zealand, Africa, and Mexico.

The ISBA Board of Governors voted at its July 21 meeting to ask the Illinois Supreme Court not to require self-represented litigants to use the e-filing system that launches in January until the impact of mandatory e-filing on nonlawyers can be studied and addressed. Speaking on behalf of the proposal, Board member Angelica Wawrzynek of Mattoon noted that no other mandatory e-filing state requires pro se litigants to file cases electronically and that two-thirds of civil cases filed outside Cook County in 2015 included at least one self-represented litigant.

In other action, the Board