Cook County gets an e-filing extension

A number of counties asked for more time to transition to statewide mandatory e-filing. The supreme court granted some but not all requests and attached conditions to the reprieves. 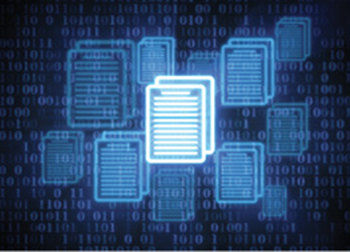 Mandatory e-filing is here. Most counties were up and running on the statewide system January 1. But a number of counties asked the court in late 2017 for e-filing deadline extensions. Most, but not all, were among the 15 counties with existing systems who had been ordered by the court to switch to the statewide system by July 1, 2018. They were asking for more time to make that transition.

Dorothy Brown, the Cook County Circuit Clerk, petitioned the Illinois Supreme Court for a delay until January 1, 2019 to bring the county's systems into compliance. Brown had previously stated that Cook County would be ready to launch on January 1, but representatives from Tyler Technologies informed her of the need for more time on November 21, the Chicago Tribune reports (http://trib.in/2BG2HBI). Brown received an additional six months (see a more detailed discussion below). Other counties, including DuPage, Winnebago, Greene, DeKalb, Madison, and McHenry, also requested more time to comply with the high court's mandate.

DuPage County received an additional year to transition from its current e-filing vendor to the statewide system, which pushes the launch date back to July 1, 2019. Circuit Clerk Chris Kachiroubas had sought a three-year delay.

Winnebago County's request for more time was granted in part and denied in part (http://bit.ly/2mog3sN). While the high court allowed the circuit clerk's request for an additional six months to "effectuate mandatory e-filing by self-represented litigants," it denied a request to postpone migrating from its existing system to the statewide eFileIL system by the July 1, 2018 deadline for that transition.

The court ordered the circuit clerk to "continue to work with Tyler Technologies to migrate to eFileIL and 'go-live' with permissive e-filing while still allowing sufficient time to test and train on eFileIL in advance of the July 1, 2018 mandate." The court also instructed the Administrative Office of Illinois Courts ("AOIC") to engage with the circuit clerk and Tyler Technologies, reporting back as to whether another extension is necessary.

Greene County's request was denied (http://bit.ly/2qYN44i). The circuit clerk had requested that mandatory e-filing be postponed six months to July 1, 2018 while eFileIL was integrated with its case management system. The high court ordered the circuit clerk to accept electronic filings and continue to work toward integrating the CMS system with eFileIL. It also indicated that self-represented litigants could be allowed to paper file in accordance with Supreme Court Rule 9 until e-filing kiosks were established at the courthouse.

Requests by DeKalb, Madison, and McHenry Counties to delay transitioning to the statewide system from next July until January 1, 2019 were also denied. For more about the court's response to the DuPage, DeKalb, McHenry, and Madison County requests, see Illinois Lawyer Now at http://bit.ly/2EVXfsC.

Cook County's request, which was initially for a one-year extension, was granted in part, but with a long list of conditions (http://bit.ly/2ATvpKT). The circuit clerk was granted an additional six months to continue permissive e-filing. However, this also means that the circuit clerk's current contract with its stand-alone e-filing vendor, Online Information Services ("OIS"), will continue to result in users being charged a transaction fee. Under eFileIL, this would not be the case. As a result, conventional paper filings were ordered to be allowed as "an alternative to paying a transaction fee to the stand-alone e-filing vendor."

The order also forbids the circuit clerk from adding additional case types or filing transactions to the OIS e-filing system. It also prohibits taking any extraordinary actions to promote using the OIS system. The high court also ordered the circuit clerk to "commit all necessary resources to meet the extended timeline, including working with Tyler on thorough testing of the functionality that the Circuit Clerk has identified is necessary to maintain the integrity of its business processes."

The court also set new timelines in Cook for various types of filings and their transitioning. County Division cases will continue to be permissively filed under the new eFileIL system, "with a commitment to complete the full case management system integration by April 1, 2018." All other civil case types that aren't currently e-filed must have a permissive go-live e-file date of no later than April 1, 2018. Those case types are to be filed only through eFileIL, not OIS.

All case types now using the OIS system must have the ability to be filed via eFileIL by May 1, 2018. The order prohibits the circuit clerk from restricting access to permissive filing under eFileIL, making it "available to all filers across the state, including e-filing of all case types to an unlimited number of firms, attorneys, and filers no later than May 1, 2018." Due to the size and complexity of Cook County's court system, the AOIC has been ordered to attend implementation meetings between the circuit clerk's office and Tyler to monitor and assist with compliance with the court's order.

In other Cook County e-filing news, on January 8 U.S. District Judge Matthew Kennelly granted Brown's office 30 days to give media outlets immediate access to electronically filed civil lawsuits, according to a Chicago Tribune report (http://trib.in/2EIXVkH). The ruling was in response to a lawsuit brought by the Courthouse News Service, which alleged that fewer than two-thirds of Cook County electronic filings are available the same day. CNS argued that the response time lags behind other large court systems and violates the First Amendment requirement of immediate access to court records.