Illinois Supreme Court favors warrantless DUI testing on a case-by-case basis, but not this time. 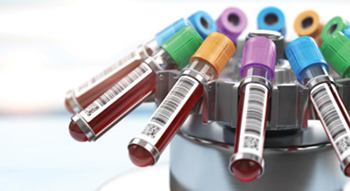 The constitutionality of the Illinois Vehicle Code’s provision allowing for warrantless, nonconsensual chemical testing in certain DUI situations remains intact as the Illinois Supreme Court reversed an appellate court’s ruling that the statute is facially unconstitutional.

The Supreme Court’s Dec. 5 opinion in People v. Eubanks, which includes two separate concurrences, a partial dissent, and an abstention, possibly exposes vulnerabilities in warrantless, nonconsensual testing in Illinois over a broadening of the notion of exigent circumstances that allow for such testing.

Ralph Eubanks was allegedly driving a borrowed car the night of Dec. 21, 2009, when he struck Maria Worthon and her six-year-old son, Jeremiah. Eubanks is said to have been driving an estimated 80 to 90 miles per hour with the headlights off. Maria died as a result of the accident and Jeremiah was severely injured. A jury convicted Eubanks of first-degree murder, aggravated DUI, and failure to report an accident involving death or injury; he was sentenced to consecutive prison terms totaling 40 years. Along with other evidence, prosecutors relied on blood and urine tests, which found traces of ecstasy, cocaine, and cannabis in Eubanks’ system. But both tests were taken hours after Eubanks’ arrest and without a warrant; the blood test was taken forcibly and Eubanks consented to the urine test only after being threatened with catheterization.

Eubanks appealed his convictions and the First District reversed the aggravated DUI conviction, reversed and remanded the first-degree murder conviction, reduced the felony class of Eubanks’ failure-to-report conviction, and found the Illinois Vehicle Code’s section on warrantless chemical testing to be facially unconstitutional. Accepting the state’s petition for leave to appeal, the Supreme Court centered its discussion around Eubank’s claim that the “state failed to establish beyond a reasonable doubt his guilt of the class 1 [felony] ….”

The Court concluded the state met this burden and reversed: 1) the appellate court’s reduction of Eubanks’ conviction from a class 1 to a class 4 felony; and 2) its judgement that 625 ILCS § 5/11-501.2(c)(2) is facially unconstitutional. But the Court upheld the appellate court’s reversal of the trial court’s decision to not suppress Eubanks’ blood and urine test results, consequently upholding the appellate court’s reversal of the aggravated DUI and first-degree murder convictions. (The Court also upheld Eubanks’ initial class 1 felony conviction for failure to report. A partial dissent was filed by Justice Theis, who argued the statute is facially unconstitutional. Justice Neville, who heard the case in the First District as an appellate justice, did not participate in the Supreme Court proceedings. The entire opinion can be read online.)

The end results: 1) Eubanks will receive a new trial, where his blood and urine test results cannot be introduced (in his case, the Supreme Court ruled, there was enough time to obtain a warrant); and 2) continued doubts over the constitutionality of section 501.2(c)(2).

“The troubling part of the opinion is that it also held that this statute, which categorically authorizes warrantless blood draws of an accused as long as someone else has suffered great bodily harm or death, is not facially unconstitutional,” says Wheaton-based DUI attorney Don Ramsell of Ramsell and Associates. “In my opinion, Eubanks represents an expansion—and misapplication—of existing law. The general rule is that exigency is to be determined on a case-by-case basis. Further, the law states that the burden of proving exigency rests with the state.”

Ramsell says the Court inferred the meaning of “exigent circumstances” from the Fourth Amendment, which makes no mention of the concept, and that by applying narrow, fact-specific exceptions in caselaw, the Court may have facially expanded warrantless testing categories. “So, the actual purpose of the statute has been gerrymandered in order to fit a desired result—making the statute survive so that the evidence in many pending and serious DUI cases still survives.”

Is warrantless testing
in jeopardy?

Another problem, says Palatine DUI defense attorney Thomas Moran, is that Eubanks may be at odds with the U.S. Supreme Court in Missouri v. McNeely, which found that exigent circumstances for warrantless searches must exist and should be assessed on a case-by-case basis, which led the First District to declare section 5/11 501.2(c)(2) facially unconstitutional in the first place.

“McNeely prohibits a ‘bright-line rule’ for a finding of exigency, while the Illinois statute creates one,” Moran says. “It appears that the Illinois Supreme Court went to great pains to apply the law to the case at bar while still salvaging the statute to avoid compromising existing cases with similar issues. That notwithstanding, the fact remains that, absent a warrant, ‘articulable’ exigency, or consent, the blood or urine will likely be suppressed.”

The end results, according to Moran: Eubanks could tip the scales of the statute in favor of law enforcement; and, simultaneously, place the law on life support in need of an amendment.