Get Ready to Vote 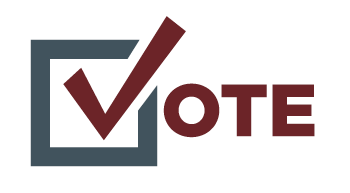 Three of your colleagues are asking you to elect them as the ISBA’s third vice-president for 2020-2021. The winner will help lead major initiatives for the ISBA and will be appointed president in 2023-2024.

The three candidates seeking the third vice-presidency are Shawn Kasserman, Ava George Stewart, and Nora Devine. You will find detailed candidate-provided biographies, and biographies of those seeking seats on the Board of Governors, on this and the next three pages. A list of candidates for the Assembly is on page 14.

This year, the ISBA is holding elections with an online voting option. Paper and email ballots will be distributed on Wednesday, March 26. Voting will close on Thursday, April 30, at 4:30 p.m. for all voting methods (e-ballot, paper, or internet). For more information, visit our election page.

Don’t stand on the sideline. Casting your vote is easy and only takes a few minutes. Be on the lookout for your ballot and do your part to shape the ISBA’s future!

THIRD VICE-PRESIDENT
(1 TO BE ELECTED) 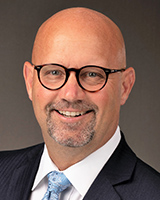 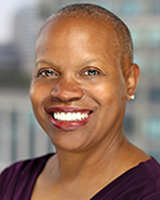 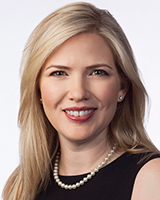 Nora Devine, Chicago. Known as a “get it done” attorney and a forward-thinking leader in her two terms on the Illinois State Bar Association’s Board of Governors, Nora represents businesses and individuals for Steven B. Pearlman & Associates in property tax appeals spanning Illinois. At the ISBA, Nora is past chair of the State and Local Taxation Section Council and led the ISBA’s fight against the unlicensed practice of law, including ISBA’s successful lawsuit against the Illinois Department of Financial and Professional Regulation for illegally regulating attorneys. Nora is the founding president of the Women’s Property Tax Association, a group organized to promote the success of women, including attorneys and appraisers, in the property tax field. She co-authors a chapter on Specific Objection Lawsuits for the Illinois Institute of Continuing Legal Education, and lectures nationally. She teaches for the Illinois Property Assessment Institute, educating assessing officials in Illinois. A native of Elgin, Nora put herself through Loyola University Chicago, earning a B.A. and J.D. Nora resides in Chicago with her husband and children, ages 2-16. ISSUE STATEMENT: As Third Vice President, I will have four priorities: (1) grow membership, particularly among mid-size and large law firms, government lawyers, and women by ensuring that the ISBA provides valuable offerings at appropriate pricing to all of its constituencies; (2) continuing the fight against the unlicensed practice of law; and (3) “one card, every courthouse” – seeking approval of a single card that can be used by attorneys to access each of the 102 county courthouses in Illinois and bypass security lines. In particular, I propose to study and enact a new ISBA dues structure that would make the ISBA more cost-effective for government lawyers while making membership even more valuable to lawyers in private practice.

BOARD OF GOVERNORS – COOK COUNTY
(2 TO BE ELECTED) 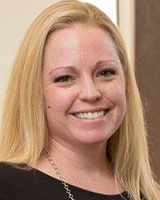 Julie Johnson, Chicago. Incumbent. Since graduating cum laude from Northern Illinois University College of Law, Julie has dedicated her 13-year practice to all aspects of matrimonial and family law, including pre-nuptial agreements, dispute resolution, litigation and appeals. Her career began in the law office of Robert K. Downs, who first introduced her to the ISBA. For over 10 years, Julie has been a member of the Family Law Group at the law firm of Aronberg Goldgehn Davis & Garmisa. As a law student, Julie was recognized for her contributions to the adoption by the Supreme Court of the pro-bono reporting requirement with an Illinois State Bar Association Presidential Commendation Award in 2005. Julie has dedicated her service to the ISBA since law school. She has been a member of the Young Lawyers Division, Family Law Section Council and Standing Committee on Women and the Law (chair 2016-17) and the Diversity Leadership Council. She was elected to the Board of Governors in 2017. Julie’s ISBA exposure has been broadened significantly through her services as board liaison for the Environmental Law, ADR, Family Law, Military Affairs and Disability Law Sections. Over the years, Julie has presented at numerous CLE programs, written articles, sponsored programs, engaged in legislative affairs and helped evolve ISBA policy. ISSUES STATEMENT: Julie looks forward to the opportunity to continue her Board work-in-progress on strategic planning and to continued engagement in all things ISBA. 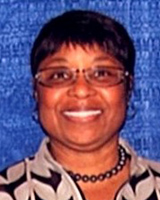 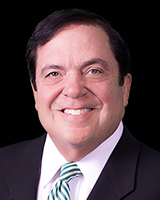 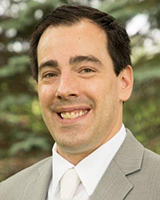 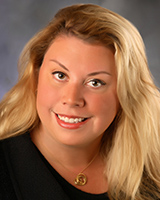 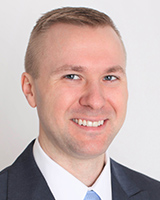 David J. Sanders, Carbondale. Law clerk to Justice Lloyd A. Karmeier of the Illinois Supreme Court and Judge Advocate (trial counsel) in the U.S. Army Illinois National Guard for the 404th Maneuver Enhancement Brigade in Normal, Illinois. Received his B.S. from the University of Illinois at Urbana-Champaign (2009) and a J.D. from the Southern Illinois University School of Law (2014). ISBA activities: Current chair of the Standing Committee on Legal Education, Admission and Competence; member of the Young Lawyers Division; member of the Civil Practice Section Council. Illinois Bar Foundation Bronze Fellow. Panelist member on ISBA’s CLE program “Interns, Externs and Clerks: Training, Supervision and Professionalism Issues” (2018). Publications: “An Expedited Rejection of Redistricting Ballot Initiatives: Hooker v. Illinois State Board of Elections, 2016 IL 121077” (2017); “Survey of Illinois Law: Criminal Law” (2016), “Shared Responsibility: Time for Illinois to Adopt the Income Shares Model of Child Support” (2014); law school casebook contributor “Firearms Law And The Second Amendment: Regulation, Rights, and Policy” (2017). Other activities: Frequent guest lecturer on Illinois Second Amendment cases; Editor-in-Chief of the Illinois Survey (2012-14); Domestic and international (Nicaragua) volunteer for Habitat for Humanity Guardian for the Veterans Honor Flight of Southern Illinois (2018). Currently resides in Carbondale with his wife Elisha (ISBA member) and their dog, Chief. ISSUE STATEMENT: Increasing and retaining young lawyer membership is imperative in keeping the ISBA strong. To do so, I will work hard to bring a new and focused perspective to ensure that the ISBA provides services that are both valuable and relevant for all members throughout Illinois.  I will also advocate for the creation of additional opportunities and events for younger attorneys and downstate members so that every member can receive a greater return on their investment in the organization. 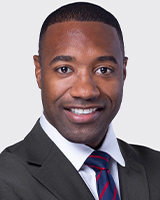 Alexandar Azar, Chicago. I am an Illinois and Chicago native, currently practicing commercial litigation and class action defense at Riley Safer Holmes & Cancila LLP. I earned my J.D. from Seattle University School of Law, my B.S. from University of Washington in Seattle, and my post-baccalaureate degree from Loyola University Chicago, and was admitted to Illinois practice in 2017. Upon graduation from law school, I had the honor of working as a law clerk for Ret. Honorable Diane J. Larsen in the Chancery Division of the Circuit Court of Cook County. I also had the honor of clerking for the late Honorable Damon J. Keith and subsequently for the Honorable Eric L. Clay, both from the U.S. Court of Appeals for the Sixth Circuit. I began my ISBA journey during law school, and currently am active in the Young Lawyer’s Division as the co-chair of the Law Student Division, working directly with the future of our Association. Within the ISBA, I also call SOGI home. I am involved and have received accolades from other bar associations, such as LAGBAC and the Cook County Bar Association. I also volunteer my time mentoring students preparing to take the bar exam. ISSUE STATEMENT: Support a pipeline of membership, development, and support of every ISBA member from entry to exit of the legal profession. If granted this high honor, I would be humbled to represent the Illinois State Bar Association’s young lawyers on its Board of Governors. 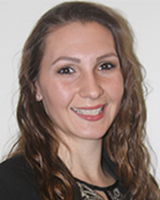 ASSEMBLY
(21 TO BE ELECTED) | Denotes incumbent*