All Things Being Equal

ISBA Assembly overwhelmingly approves resolution to address racial injustice inside and out. 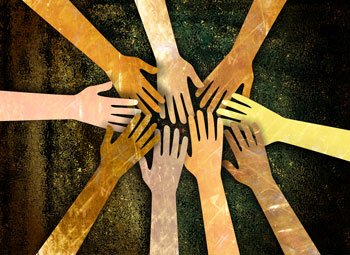 Joining with worldwide protests and calls for justice reforms following the killing of George Floyd by a Minneapolis police officer in late May, the Illinois State Bar Association will examine its own practices, identify ways to improve the justice system, and advocate for policy and legislative solutions concerning unequal treatment of persons of color.

The ISBA expressed these intentions, along with a detailed list of action steps, in a resolution passed by 93 percent of the ISBA’s Assembly members, who met virtually in June. (The vote tally was 133 to seven, with three voting “present.”) Among several proclamations, the resolution states that the “ISBA recognizes that the unequal and discriminatory treatment of persons of color fundamentally undermines the rule of law in the nation and in our communities.”

“Passing this resolution was the right thing for the ISBA to do,” says ISBA President Dennis Orsey. “Its overwhelming passage by the Assembly sends a message that the ISBA is serious about minority injustice and is eager to take meaningful steps to address it internally and in society.”

The two-page resolution (online at law.isba.org/3ixiJ3s) also spells out a series of next steps, including the formation of a steering committee, expectations for sections, the initiation of conversations with affinity bar associations, and the dedication of ISBA staff and Association resources to the resolution’s implementation.

Shortly after George Floyd’s death, two ISBA Assembly members—Mary Milano, executive director of the Illinois Guardianship and Advocacy Commission, and Kenya Jenkins-Wright, the Commission’s general counsel—were of like mind. Within days of Floyd’s death, Milano was working on a draft of the resolution while Jenkins-Wright began contacting ISBA leaders to build support for placing the document on the agenda for the Assembly’s June meeting.

“We were both very, very appalled by the murder of George Floyd, and we also were really inspired by the movement to try to achieve justice in honor of Mr. Floyd,” says Jenkins-Wright. “We knew that this was an historical moment of change in the United States. As the bar association for Illinois, we believe we have the obligation to take a leading role on moving issues forward, because it’s not just about the police. It’s also other systemic issues—financing and real estate and housing, etc.”

As she began drafting the resolution, Milano knew she wanted to write more than a principled statement. The resolution had to include substantive actions for which the ISBA is uniquely equipped to take on.

“It became a question of what’s the most effective, appropriate way to address what we are describing as a systemic problem,” Milano says. “From a drafting perspective, we wanted to not be engaged in jumping on the bandwagon or virtue signaling. We wanted to really develop a resolution that provided tools and a direction for lawyers.”

In addition to asking the ISBA to examine whether its own structures are discriminatory and advance legislation and civil and criminal justice reforms at the local and state level, the resolution asks the Association to support improvements in social services and economic empowerment.

Milano says the resolution is meant to set the foundation for years of work. The resolution also calls for sections and other ISBA bodies to provide ISBA’s leadership and assigned staff with regular updates on measurable progress being made on implementing the resolution’s proposals.

“The drafting issue was how to provide both a philosophic basis for the project, but also, how to provide the tools and the direction for a working project and a transformation of some of the ISBA’s efforts over what we consider will be the long haul,” Milano says.

“Because we have so many different substantive committees that can take a strong look at various issues—such as regulatory, banking, real estate, criminal justice, and education—we can come up with some concrete solutions that, in a year from now, provide an overall, systemic view forward,” says Jenkins-Wright.

Milano says she’d like to see the steering committee (the formation of which is in the works) focus on four short-term goals.

“We have the potential to see results in the first year. First, a legislative program that flows from our substantive councils,” Milano says. “Second, a framework for collaboration with other bars, with the ISBA using its position of centrifugal force to draw together a number of bars that can make significant contributions but don’t have the same kind of resources. Third, education, both of the bar and of the public in terms of what these issues are and how they’re not just simply policy or social-theory issues, but structural and legal issues. And fourth, to see fruits throughout the whole bar.”

The manner in which the resolution was passed has given Milano and Jenkins-Wright hope that the ISBA is ready and capable of assuming a leading change-agent role in Illinois.

“We were very pleased with the results at the June Assembly meeting—very pleased,” says Jenkins-Wright. “The overwhelming majority of the Assembly, more than 90 percent, voted in favor of the resolution. The resolution is comprehensive and actionable. It does not just declare that what happened to George Floyd was wrong. Of course, what happened to George Floyd was definitely wrong. But it also includes steps to provide substantive solutions.”

ISBA members who participate in sections will soon begin discussing how to incorporate resolution-related business in their meetings. Meanwhile, those interested in supporting the resolution, whether regarding the formation of the steering committee, through section and committee work, or in other ways, may contact Melissa Burkholder, ISBA director of section services, at mburkholder@isba.org.

Jim Covington is the ISBA director of legislative affairs.
jcovington@isba.org