Founded in 1877, the Illinois State Bar Association (ISBA) today provides professional services to 30,000 members. The ISBA also educates and provides information to the public about the judiciary and the legal profession. As a private, nonprofit corporation, ISBA and its voluntary members strive to improve the profession and expand access to justice.

On Jan. 4, 1877, 88 lawyers from 37 counties met in the Sangamon County Courthouse in Springfield and agreed to form the Illinois State Bar Association. At that time, the founders adopted as Article II of its constitution the following goals:

[T]o cultivate the science of jurisprudence, to promote reform in the law, to facilitate the administration of justice, to elevate the standard of integrity, honor and courtesy in the legal profession, to encourage a thorough and liberal education, and to cherish a spirit of brotherhood among the members thereof.

Highlights of ISBA’s history include: 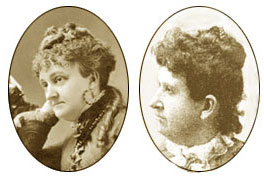 In 1879, the ISBA made Myra Bradwell and Ada Kepley honorary members, even though both had been denied licenses to practice law because they were women. It was a daring step for an infant organization.

In the late 1800s, the legal profession was not held in high esteem due largely to the low educational requirements in admission standards. In 1897, the ISBA and Chicago Bar Association responded by making proposals to the Illinois Supreme Court to create a state board of law examiners and to require a high school education for admission to the bar. These recommendations were adopted and admission to the bar became steadily more challenging.

The ISBA was influential in the consolidation of the Illinois Supreme Court’s three grand divisions into a single court in 1897, and later in locating the court in Springfield, where the current building was completed in 1908. In 1931, the ISBA became a pioneer in the fight against the unauthorized practice of law when it brought an action against People’s Stock Yards State Bank. The case established the principle that the supreme court has inherent power to punish any corporation or unauthorized person who practices law without a license.

In 1933, after 22 years of effort by the ISBA, the Illinois General Assembly adopted the Civil Practice Act of 1933, Illinois’ first modern system of civil practice and procedure. And in 1935, the ISBA worked with competing legal publishers to arrive at a state bar association edition of the Illinois statutes that could be cited as legal authority and is still in use today.

In 1962, the ISBA spearheaded the successful campaign for revision of the judicial article of the Illinois Constitution. This sweeping change led to the creation of our modern judiciary and is generally considered to be the ISBA’s most important public initiative.

The ISBA was also instrumental in the adoption of the Criminal Code (1961) and the Code of Criminal Procedure (1963). In the 1970s and 80s, the ISBA was a strong advocate for the no-fault divorce provisions of the Marriage and Dissolution of Marriage Act and for independent administration of decedents’ estates, both of which became law. In Congress, the ISBA played a significant role in drafting language governing generation-skipping tax transfers. The ISBA also was instrumental in creating the Illinois Institute for Continuing Legal Education, the Client Security Fund of the Bar of Illinois, the Lawyers’ Assistance Program, and the Lawyers Trust Fund.

Past ISBA presidents have included:

The ISBA is proud to have as Honorary Members: President Barack Obama, Michelle Obama, Hillary Clinton, and author Harper Lee, whose depiction of Atticus Finch in "To Kill A Mockingbird" stands as an unparalleled example of legal integrity. 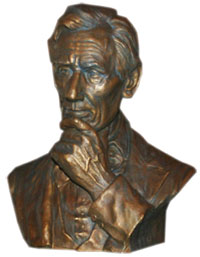 In 2009, to honor the 200th anniversary of President Abraham Lincoln’s birth, the ISBA commissioned a bust of Lincoln, which was presented to the people of Illinois. The bust, seen here, is displayed inside the Illinois Supreme Court Building in Springfield, which is located one building north of the ISBA’s headquarters.

The ISBA continues to promote ideas and proposals that strengthen the legal profession and the confidence and trust the public has in it. The association actively addresses issues such as the unauthorized practice of law, initiatives to improve Illinois courts, how to select and evaluate our judges, support for pro bono efforts and legal services for the disadvantaged, and much more.