Diversity Leadership Council—Report from the Chair 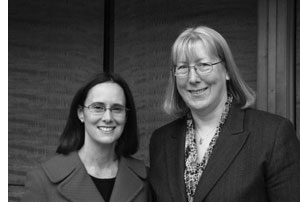 A year ago in this column, I reported that the ISBA’s Diversity Task Force was winding up a two-year study with recommendations for a plan of action that would “chart the course for ISBA’s diversity efforts into the future.” This year, I’m pleased to report that the ISBA is going full-speed ahead on that plan of action.

The Task Force’s final report was completed last August and approved by the Board of Governors in October. It appears in full on the ISBA’s Web site at <http://www.isba.org/diversity> In this column, I will briefly highlight a few of the Task Force’s recommendations and the progress made in implementing them in the last year.

Reorganization of the ISBA’s diversity-related committees

The Task Force recommended that the ISBA create a Diversity Leadership Council—consisting of the current leaders of the ISBA’s diversity-related committees and section councils—to better coordinate and implement the association’s diversity agenda.

One of the Council’s first tasks was to finish planning the “Lincoln’s Legacy: Lawyers Protecting Life, Liberty and the Pursuit of Happiness” program presented during the ISBA’s Midyear Meeting in December. I invite you to look for details of that inspiring program elsewhere in this newsletter.

The Council also put the finishing touches on a proposal for an annual award to “recognize long-standing, continuing and exceptional commitment by an individual or an organization to the critical importance of diversity within the Illinois legal community, its judiciary and within the ISBA.”

The Board of Governors approved this proposal in the fall, along with the Council’s nomination of retired U.S. District Judge George N. Leighton as the first recipient of the award. ISBA President John O’Brien presented the award to Leighton during the “Lincoln’s Legacy” program. (See story inside).

Early this year, the Council sent the Board of Governors a proposal for a fellowship program designed to increase diversity in the ISBA and its future leadership.

Under the proposal, the ISBA will select up to 10 Leadership Fellows each year and, over the course of a three-year term, have the Fellows serve on the section council/committee of their choice with an experienced committee person as a mentor. The proposal also recommends that the ISBA offer the Fellows other leadership training and activities, with the hope that Fellows will continue to serve the ISBA in leadership roles in the future.

The Board of Governors approved the proposal in March and we have received more than 30 nominations for the inaugural class of Fellows to date. President-elect Hassakis was reviewing the nominations as this newsletter went to press.

Other highlights among the Council’s activities this year include: updating the ISBA’s Diversity Web site with the assistance of Doug Knapp, the ISBA’s Director of Electronic Communications, and publishing this issue of Diversity Matters newsletter under the editorial guidance of Newsletter Editor Lynn Grayson.

And that’s just what the Council achieved collectively. I invite you to look inside for details of what each of the affiliated committees themselves have accomplished.

It has been my great pleasure to work with an incredibly talented, motivated, and creative group of leaders on the Council. I look forward to seeing many of them continue the Council’s work next year and into the future. ■

Back to the June 2010 Newsletter