Pending Illinois House and Senate bills could adversely affect condominium owners and contractors, among others.

A number of real estate bills are pending before Illinois's General Assembly, and while some are noncontroversial, others have raised concerns among ISBA section council members. Several House bills would amend the Illinois Condominium Act, and the Senate bills would alter foreclosure law and, in some cases, could affect the rights of mechanics lien claimants. 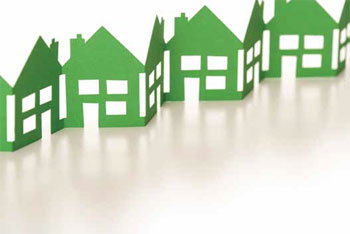 Six bills seek to amend the Illinois Condominium Property Act: HB 2640, HB 2641, and HB 2643 through 2646. HB 2640, which is sponsored by Kelly M. Cassidy (D), Martin J. Moylan (D), and Heather A. Steans (D), seeks to modernize condo board meetings by allowing individuals to participate via telephonic or other technological means. It also allows boards to provide notice of a meeting to unit owners who have agreed to be contacted by a "technological means," a term the bill does not define.

HB 2641, sponsored by Representatives Cassidy and Moylan, seeks to amend 765 ILCS 605/18, which governs the contents of a condo association's bylaws. The proposed amendment would allow condo boards to ratify emergency actions taken by members of the board. An "emergency" is defined as "an immediate danger to the structural integrity of the common elements or to the life, health, safety, or property of the unit owners." 765 ILCS 605/18(a)(8)(iv).

HB 2643 allows a condo board to approve amendments to condominium instruments to bring them into compliance with the Condominium Act or any other applicable statute.

More notably, HB 2645, sponsored by Representative Cassidy, would amend 765 ILCS 605/2(w) to change the definition of "Meeting of Board of Managers or Board of Master Association" to exclude discussions, conferences, and working sessions where no vote is taken. While this provision seems innocuous, it has raised concerns among the ISBA's Real Estate Law Section. It could allow condo boards to conduct informal meetings, make decisions without unit owner input, and then bring the final decision to a formal vote. This may have the effect of preventing unit owners from having input on issues until after they are decided at a working session.

A related bill, HB 2646, also sponsored by Representative Cassidy, allows condo boards to ratify actions taken at informal proceedings such as those defined in HB 2645.

In the Senate, Senators Lou Lang and John G. Mulroe have introduced SB 735, which passed the body on March 26. The bill, which thus far appears uncontroversial, would amend the Illinois foreclosure law by adding more situations where a court is not required to appoint a special representative for a deceased mortgagor.

Two other bills are more controversial. As introduced, HB 3672 seeks to amend the Counties Code to allow counties with property fraud alert systems to create registration forms that real estate professionals may file on behalf of property owners to register properties in the fraud alert system. The bill is sponsored by Representatives Greg Harris and Al Riley.

Additionally, the bill is silent about whether a fraud alert system would protect the interests of contractors performing work on a piece of property - if the bill becomes law, will contractors file a legitimate mechanics lien only to discover that the property owner has told the county that any such liens are fraudulent?

The other bill that generated concern is SB 1487, sponsored by Senator William Cunningham. The bill seeks to add a new section, 3-5010.7, to the Counties Code. The section would allow county recorders in counties with more than 3 million residents (read Cook County) to establish a pilot program that permits documents to be recorded against a property in foreclosure by judicial order only. The bill would allow foreclosure plaintiffs to obtain an order from the court barring nonrecord claimants from recording documents against the property without the court's approval.

Another concern raised about the bill is that it appears to make it more difficult for mechanics lien claimants to file mechanics liens against a property in foreclosure.