Comcast finally reveals the subscriber - a lawyer - whose account was used to post allegedly defamatory remarks about a Stephenson County official. The defendant vows to fight on. 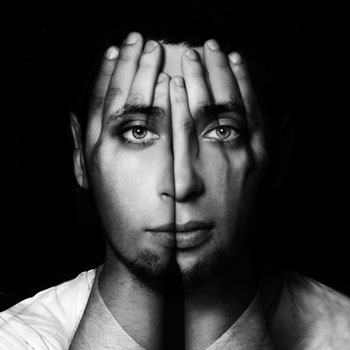 The right to speak anonymously online has been in the news lately, largely due to the Illinois Supreme Court's ruling in Hadley v. Subscriber Doe a/k/a Fuboy, 2015 IL 118000. (For more about the Illinois high court opinion, see the August 2015 LawPulse.)

Hadley sought to discover the identity of Fuboy, an anonymous online poster who, Hadley alleged, had said he was a child molester. Hadley was a candidate for the Stephenson County board at the time; he is now the chairman.

At issue was whether Hadley's complaint was sufficient to compel Comcast to divulge the identity of the subscriber whose account was used to make the comment. After the Illinois Supreme Court answered "yes" in June, the parties to the lawsuit engaged in motion practice before the Illinois and U.S. high courts.

Ultimately, Comcast disclosed the subscriber's name. Now, Hadley has filed an amended complaint that names Freeport attorney Franklin Cook as the defendant. Cook's answer is due soon after this issue goes to press.

Cook's attorney, Robert Fagan, filed a motion under Illinois Supreme Court Rule 368(c), seeking to stay the court's mandate until a petition for a writ of certiorari could be heard by the U.S. Supreme Court. The motion noted that the top courts in two other states had set a higher bar than the Illinois Supreme Court did for plaintiffs seeking to unmask people engaged in anonymous speech online. While a defamation plaintiff in Illinois need only survive a motion to dismiss, Delaware and New Hampshire's highest courts require plaintiffs to make a prima facie case for defamation before unmasking anonymous speakers.

Fagan believes that the issue will ultimately be taken up by the U.S. Supreme Court. "Anonymous commentary in a political context predates the country," he says, citing Thomas Paine's Common Sense as an example.

Hadley told the Associated Press he is "very disappointed" in Cook; he says that he has spent over $36,000 seeking the identity of "Fuboy." Fagan says that the case is not over yet. He points out that although Hadley has obtained the name of the subscriber whose IP address was used to make the online comment in question, he must still prove that Cook himself made the comments.

Fagan points to the U.S. Supreme Court's ruling in New York Times v. Sullivan, 376 U.S. 254 (1964) as an additional hurdle for Hadley. Even if Hadley can prove that Cook made the online comments himself, Fagan says, he must demonstrate that Cook made them with actual malice, which must be proven by clear and convincing evidence. "It always pays to go back to the classics," he says.

Fagan believes that the Illinois Supreme Court should have examined the specific context surrounding the comments - Hadley was a candidate for political office at the time. He finds it "regrettable" that the court set "such a low standard" for evaluating a defamation case in a Rule 224 context.

No 'hid[ing] in the shadows'

For his part, Smith says "[i]t is important to understand that this case does not change" the elements of defamation. It simply provides a bright-line rule for Illinois defamation plaintiffs who want to unmask an anonymous speaker.

Smith points out that it took Hadley three years to obtain Cook's identity. In an era where online bullying has put many teens at risk, a three-year wait to begin the process of obtaining relief from anonymous defamatory speech can feel like a lifetime to the target, he says. He says that by laying the groundwork for faster action to combat defamatory speech, Hadley assures that online posters "cannot hide in the shadows."

Fagan says he and Cook are in for the long haul. They are likely to file a motion to dismiss the amended complaint. As the parties prepare to litigate the case-in-chief, one thing is sure - this story is not yet over. An AP story about the case is on the Alton Telegraph's website at http://apne.ws/1K8Sp8W.