The supreme court recently abolished the "public duty rule," which held that fire departments and like entities owed no duty of care to provide services. 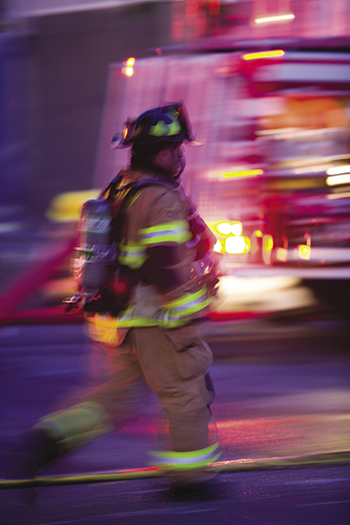 In January, a divided Illinois Supreme Court abolished the common-law "public duty rule." The rule had long provided that local governmental entities and their employees owe no duty of care to provide governmental services, such as police and fire protection, to individual members of the public. That meant they couldn't be sued for, e.g., failing to arrive within a certain time.

The divided panel in Coleman v. East Joliet Fire Protection District, 2016 IL 117952, found that the rule is no longer viable based on "the interplay between the public duty rule and governmental tort immunity." Id. ¶ 22.

In Coleman, the plaintiff had filed claims for wrongful death and survival against the fire department on behalf of the estate of Coretta Coleman, who had died of cardiac arrest while trying to obtain EMS services. After extensive motion practice, the only remaining counts were ones alleging willful and wanton conduct on behalf of the defendants. Those counts were disposed of on summary judgment under the public duty rule. The appellate court affirmed the trial court's ruling.

According to Moline attorney Bob Park, who typically represents defendants in civil cases, this is where the case should have ended; the public duty rule has been affirmed by Illinois courts, including the Illinois Supreme Court, for over 100 years. "The public duty rule was never before considered incompatible with tort immunities," he says.

Park believes that the Coleman court had no basis for abandoning the principle of stare decisis with regard to the public duty rule. He points out that the court was so divided there was no majority opinion, yet it abandoned a well-established rule with over 100 years of precedent.

No need for both tort immunity and the public duty rule?

Plaintiff's lawyer Karen McNulty Enright of the McNabola Law Group disagrees. She says that from a practical standpoint, the combination of tort immunity and the public duty rule made it too difficult for injured individuals to obtain relief.

A plaintiff's only means of prevailing in the face of statutory governmental immunity is to show that the municipal entity engaged in willful and wanton conduct - a very narrow pathway to recovery. However, the public duty rule eliminated even that path for plaintiffs, with rare exceptions. It exempted governmental entities from liability in connection with providing services even if they were found to have committed willful and wanton conduct.

Enright believes that Justice Kilbride's opinion "clearly outlines that there is confusion and inconsistency" in the law. This confusion is the basis for abandoning stare decisis in Coleman. "When that happens, something needs to change," she says.

Park disagrees, noting that lack of duty and immunity are two separate legal concepts, which is why "the public duty rule was never before considered incompatible with tort immunities." The lead opinion acknowledges Park's point, but concludes that "putting the 'immunity cart' before the 'duty horse' caused applications of these concepts to become muddled, confusing, and unduly complicated." Id. ¶ 56.

Looking to the underlying concern behind both concepts, he found that "the public duty rule has always been predicated on the very same basis as the concepts underlying local governmental immunity." Id. ¶ 70. Quite simply, they are both based on the notion that "when a municipality performs a governmental function, the service is provided to protect the general welfare of the public." Id. As a result, Justice Freeman found that the public duty rule is essentially obviated by the abolition of sovereign immunity and the passage of tort immunity legislation.

Justice Thomas's scathing dissent took both the lead and specially concurring opinions to task for abandoning stare decisis with regard to the public duty rule. His opinion discounts Justice Kilbride's argument that the application of the law was muddled. He also notes that statutory tort immunity had existed for decades prior to the Coleman ruling.

Park thinks that "the abolition of the public duty rule will open up broad opportunities for plaintiffs' counsel to sue local governmental entities for bad outcomes that could have been prevented by better law enforcement." Enright, however, does not envision an increase in litigation because proving up cases based on a willful and wanton theory of liability is extremely difficult. "Forcing plaintiffs to prove intentional or reckless conduct does not hang municipalities out to dry."

As to the future of the public duty rule, Park says that he would be "surprised if there were not a concerted effort by politicians of both parties to enact legislation" codifying the rule.

Another reason for First Responders to " arrive late and look the other way when they do": The Public Safety employees' new role as virtual deep pocket insured motorist targets is just one more reason for them to end their risk-taking willingness to be heroes and martyrs. Exploiting of their duty to "first respond" on camera in emergency and suspicious situations can provide such manipulators with million dollar settlements from nervous municipalities in addition to First Responder loss of jobs and benefits. Other losers in addition to individuals needing their help and the taxpayers are fire insurance companies no longer benefitting from First Responder risk-taking.