High court: All circuits must use statewide e-filing system beginning 2018

A recent court order requires circuits with existing e-filing programs to switch to the statewide eFileIL system by July 1, 2018. 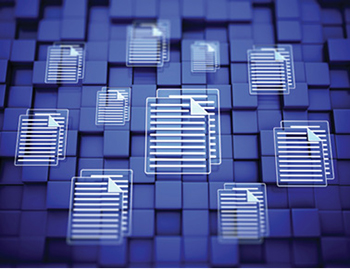 No transaction fee. One major change created by the May 30 order is that, effective July 1, 2017, e-filing vendors for the Illinois Supreme Court and Illinois Appellate Court are no longer allowed to charge a transaction or user fee to e-file. Circuit courts are expected to fall in line on July 1, 2018.

Madison County's Chief Circuit Judge David Hylla is chair of the high court's e-Business Policy Advisory Board. He says that the court has "been very clear" that anyone should be able to "file into the court system for the same cost as prior to mandatory e-filing." However, the supreme court's recently imposed $9 technology fee is here to stay for the time being. This is because it is "helping to pay for what will ultimately become a paperless court system throughout the state," Hylla explains.

That tech fee is likely necessary for counties with smaller populations and tax bases. Hylla notes that most counties are on track to implement the new system and that most are already doing some form of e-filing. He believes that the "next challenge will be for all the counties to have an e-filing system that is integrated with their case management system." The deadline to do that is January 1, 2018. Courts that can't meet that deadline can petition the supreme court for an extension of time under paragraph 10 of the original January 22, 2016 order.

The new system, called eFileIL, is being rolled out by Tyler Technologies. The vendor is currently assisting counties with the transition away from their standalone systems. While this means that lawyers, their staff, pro se litigants, and others will have to learn the new system, it also means that the state will have a uniform system.

The systems already in use are not uniform across all circuits, requiring users with geographically wide-ranging practices to learn multiple platforms. This is particularly true for attorneys who practice in Cook and its collar counties. As it stands, some counties, like Cook, allow e-filing. Others, like Lake, do not. For its part, DuPage county started its mandatory e-filing program on January 1, 2016 (see more in the January 2016 LawPulse: http://bit.ly/2sH787B).

re:SearchIL. Another major amendment is that all courts must make their case documents and information available to a new statewide remote access system known as re:SearchIL. However, this does not mean that attorneys and the public will have immediate access to the new system. The high court has stated that implementation and access will progress at a pace that it sets.

Initial access will only be provided to judges, clerks, and court officials. The May 30 order says that attorneys and the public will ultimately gain access - re:SearchIL "is designed to serve as an online remote access system similar to Pacer in the federal courts."

Before that can happen, "a remote access policy needs to be fully vetted and approved by the supreme court," Hylla says. The e-Business Policy Advisory Board is working to recommend a policy, he says. He expects that re:SearchIL will be "available to the bar and the public soon after all or nearly all courts are integrated with the central [Electronic Filing Manager.]"

There will be a predetermined document access fee (much like Pacer). The May 30 order says that the fee will be paid in full to the circuit court owning the case documents-so long as the court has migrated to eFileIL.

Criminal cases next? Another initiative that has no specific deadline is criminal e-filing. Hylla believes that since the ultimate goal is to have a paperless court system as soon as possible, the supreme court will address criminal filing once civil filing is entirely electronic.

Some courts are already authorized to use criminal e-filing systems. However, quasi-criminal cases including traffic, ordinance violation, conservation, and civil law may not be filed through eFileIL at this time. Hylla says paperless criminal and quasi-criminal filing is just a matter of time. "There is no need to keep any cases, including juvenile or other quasi-criminal cases, in the paper world."

Editor's note: the date by which circuits with existing e-filing programs are required to switch to the statewide eFileIL system is July 1, 2018, not January 1. This article was corrected to reflect that.