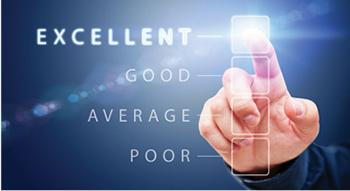 In June, three New Jersey Supreme Court committees jointly barred the state's lawyers from using Avvo's client-linking service. State regulators found that the "marketing fee" taken by Avvo from the payment consumers make to lawyers for flat-fee services via its referral system is improper fee-splitting with nonlawyers and an unethical lawyer-referral payment (Avvo argues that it does not violate ethical rules (http://bit.ly/2i2xgsK)). New Jersey regulators also found that LegalZoom and Rocket Lawyer operate legal service plans that were not registered with the State of New Jersey. (Both entities have since registered.)

A trend in the making?

What does this opinion mean for Illinois attorneys?

As a preliminary matter, not very much. New Jersey regulates its attorneys, just like Illinois regulates its own, says Tim Moran, the chair of the ISBA's Standing Committee on the Future of Legal Services and immediate past chair of the ISBA Unauthorized Practice of Law Task Force. The New Jersey rulings don't have any effect on Illinois attorneys.

However, the Illinois Rules of Professional Conduct also prohibit fee-sharing with nonlawyers. And ISBA General Counsel Charles Northrup notes that ethics opinions in South Carolina, Ohio, and Pennsylvania have also found the Avvo marketing fee to constitute improper fee-sharing and referral fees. Most recently, New York took a different approach and found the Avvo business model impermissible as payment for a recommendation.

So what about the ISBA's lawyer referral service and those of other bar associations? Northrup points out not-for-profit services may charge lawyers a percentage fee to participate under Illinois Rule of Professional Conduct 7.2(b)(2) and case law. In Richards v. SSM Health Care, Inc., 244 Ill. Dec. 87 (1st Dist. 2000), the court explained that unlike for-profit businesses, bar association referral fees have a "salutary effect on bar associations, resulting in the furtherance of the public interest."

LegalZoom and Rocket Lawyer arguably provide what are considered legal services plans, which allow consumers to prepay for legal services provided by a network of lawyers who participate in the plans. In Illinois, Supreme Court Rule 730 regulates these types of plans. It requires that each plan be registered with the ARDC. When a plan changes, the amendments must also be filed with the ARDC.

The Rule prohibits the ARDC and its administrator from approving or disapproving any plan. They also cannot render any legal opinions regarding plans.

When it comes to for-profit legal referral services like Avvo, there is not yet clear guidance in Illinois. However, Northrup says, the ethics rules are fully applicable to these new forms of lead generation. He cautions that while the pull of obtaining clients can be great, the fear of losing out on business shouldn't blind lawyers to their duty to follow ethics rules when considering participating with companies like Avvo, Legal Zoom, or others.

The ethics opinion from the New York State Bar Association, which came down last month, takes a different tack than earlier ethics opinions and the New Jersey rulings. Rather than viewing the Avvo marketing fee as improper fee sharing, the NYSBA opinion holds that a lawyer who pays Avvo a marketing fee has made an improper payment for a "recommendation" in violation of the ethics rules.

How is Avvo recommending lawyers? In part, by way of its ratings system, the NYSBA opinion says. "Through…Avvo's description of its rating system, Avvo is giving potential clients the impression that a lawyer with a rating of '10' is 'superb,' and is thus a better lawyer for the client's matter than a lawyer with a lower rating." See NYSBA Ethics Opinions 1132 at www.nysba.org/EthicsOpinion1132/. The opinion also found it significant that Avvo offers a "satisfaction guarantee" and advertises its ability to find "the right" lawyer for the client.

As Moran notes, Rule of Professional Conduct 7.2, comment 5, allows attorneys to pay fees for marketing and referral services. The comment says that lawyers may pay others for generating client leads, including those based on the internet, so long as the lead generator does not recommend the lawyer. Its communications must also be consistent with Rule 7.1:

To comply with Rule 7.1, a lawyer must not pay a lead generator that states, implies, or creates a reasonable impression that it is recommending the lawyer, is making the referral without payment from the lawyer, or has analyzed a person's legal problems when determining which lawyer should receive the referral.

Moran doesn't think Illinois can stay on the sideline as the number of legal referral services increase. When it comes to issues at the edge of what the current rules cover, Moran says that Illinois attorneys ultimately will need "a little more direction from the court."