Protecting the Public and the Profession

The organized bar has considered the unauthorized practice of law a threat to the public for years. 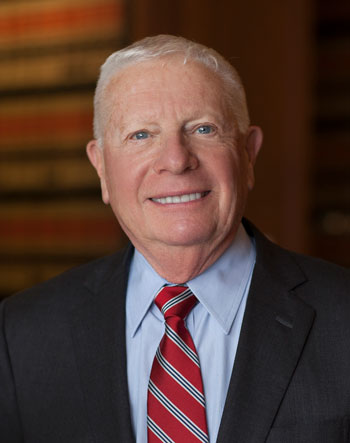 Although the ISBA has been involved in unauthorized-practice-of-law (UPL) investigations and prosecutions for many years, the focus on nonlawyers performing legal services has ramped up in the past 20 years owing to the rise of the internet and communications technology. While such technologies benefit consumers in many ways, they also have provided relatively low-cost platforms for marketing legal services by nonlawyers, fake attorneys, individuals with outright criminal intentions, and large-scale commercial enterprises. In response, the ISBA formed the Task Force on the Unauthorized Practice of Law in 2001.

Chicago lawyer John Norris currently chairs the task force, which has been led by a series of talented and dedicated chairpersons, members, and ISBA staff attorneys. Judge Julie Katz of the 20th Judicial Circuit and Tim Moran of Chicago were recent chairs, as was past president Jack Carey, whose passion for protecting the public and knowledge of the workings of the ISBA greatly benefited the task force.

In 2010, the Attorney Registration & Disciplinary Commission (ARDC) was given authority to investigate and prosecute persons and organizations who allegedly perform legal services illegally. The Illinois Supreme Court has ultimate authority to control UPL activities and protect the public. But the task force continues to meet five times a year to review between 50 and 60 allegations of UPL. While not all allegations are strictly construed as UPL, each allegation is reviewed and, if warranted, investigated.

The ISBA regularly refers matters to the ARDC. Depending on the task force’s initial determination, we may send a letter of inquiry to the target of the complaint, issue a cease and desist letter, or refer the matter directly to the ARDC. On a number of occasions, the ISBA has sued blatant abusers of the rule that only lawyers can practice law.

One very successful lawsuit initiated by the ISBA involved an organization called We the People. As a result of that prosecution, the operations of that company were terminated in Illinois upon a successful request for a court injunction. Today, an internet search of “We the People” yields articles about that introductory phrase from the U.S. Constitution with no trace of the former organization. We will continue to investigate and take appropriate, aggressive action when warranted to protect the public from similar and obvious violations of the prohibition against the unauthorized practice of law. As a safeguard to balance sometimes conflicting goals, the task force consults and obtains the approval of the Board of Governors prior to referring an offending person or organization to the ARDC. Keep in mind, the ISBA’s officers and Board of Governors authorize the expenditure of funds for this purpose rarely and hesitantly. But we will act when necessary and appropriate to protect the public and our noble profession.

With the proliferation of lead-sharing schemes by major national enterprises that are funded by Wall Street investors and hedge funds, lawyers can potentially cross “the line” and become targets of discipline as they try to find new ways to grow their practice. It is the consistent position of the ISBA that lawyers can pay reasonable marketing fees to such entities. But it also is our position that the sharing of fees on a percentage basis with for-profit, fee-sharing entities and the payment of fees by these entities clearly cross the line. While the ISBA protects lawyers, it also protects the public.

UPL cases are not always clear, even after an investigation takes place. A paralegal or notary who drafts documents, provides legal services, and collects legal fees—or a layman posing as a lawyer—are clear examples of violations of the rules. Other cases are not as clear. For example, the line is not brightly shown for organizations that supply the public with legal documents. Actions by appraisers, accountants, and similar professionals also continue to give the task force interesting questions to sort out.

As sworn members of the bar, each of us has the duty to report clear cases of improper fee-sharing by lawyers and the unauthorized practice of law by nonlawyers. Such reports should be submitted to the ISBA’s general counsel Charles Northrup at cnorthrup@isba.org or through the ISBA’s online form for requesting an investigation into an alleged unauthorized practice of law.

For more information about the ISBA’s Task Force on Unauthorized Practice of Law.