The newsletter of the ISBA’s Mental Health Law Section

The Awakenings Project is a grass-roots initiative. Its mission is to assist artists with psychiatric illnesses develop their craft and find an outlet for their creative abilities through the fine arts, music, literature and drama. The Project raises public awareness and acceptance of the creative talents of people living with psychiatric disorders. 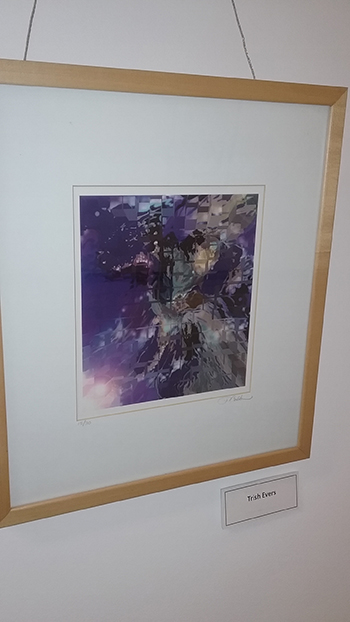 The Awakenings Art Show, later to become The Awakenings Project, was first conceived in 1996. Robert Lundin, then a member of the board of directors of the National Alliance on Mental Illness of Illinois (NAMI-IL), became involved with the planning committee for NAMI-IL’s annual convention. Intrigued and inspired by the work of Kay Redfield Jamison (Touched with Fire: Manic Depressive Illness and the Artistic Temperament, 1993), he thought an art show might give NAMI an activity by which it could serve its consumer constituency through advocacy and involvement. Lundin thought The Awakenings Art Show might uncover talented artists who were otherwise neglected by the art world. He also expected to inspire some consumers to take their rightful place in society as productive creators, helping to raise the ambitions and self-worth of consumer artists, as well as providing education to people who viewed the show. 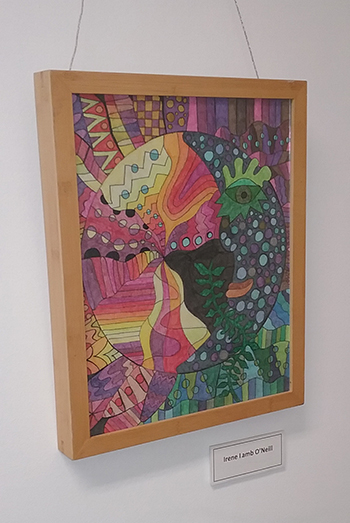 Lundin enlisted the help of NAMI-IL staff members who shared his enthusiasm about the idea. As they set about organizing the show, they contacted friends and colleagues whom they thought might have mental illnesses to bring them on board. Among the first to become involved were Trish Evers, a professional artist with a studio close to Lundin’s home, and Irene O’Neill, who co-owned an art gallery and worked at Lucent Technologies. O’Neill became the co-director, a role she still enthusiastically maintains. With skilled help from the artistic community—including Ben Beyerlein, Anton Witek, William Alexander, Chet Witek—the show went on.

The Awakenings Art Show debuted at the 1997 annual convention of NAMI-IL, attracting nearly 50 exhibitors. That number increased to 70 by the next year. Awakenings has since exhibited at seven NAMI-IL conferences and two NAMI-National conferences.

In 1998, a Chicago gallery hosting The Awakenings Art Show misprinted the art show’s name as “The Awakenings Project” in its promotional literature, and the name stuck.

Awakenings has been riding the crest of a trend in recent years. The collecting of fine art created by persons living with mental illnesses has become fairly widespread, with several associations curating and showing pieces at national venues. Other literary magazines devoted to people with mental illnesses have appeared on the landscape.

Some researchers conclude that among scores of celebrated artists, writers and musicians there exists some positive relationship between affective disorders and being endowed with creative genius. Though the Awakenings Project does not purport to be a breeding ground for artistic geniuses, there does appear to be important and widespread interest in artistic endeavors among people with psychiatric disorders. 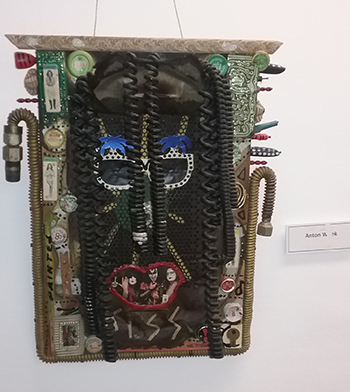 Epidemiological research suggests that as much as 10% of the population of the United States may experience a major mental illness in their lifetimes. As many as 25% of women and 12% of men experience an episode of major depression sometime during their lives. Fully 1% of the population meets the diagnostic criteria for schizophrenia, while another 1 to 2% fit into the bipolar (manic-depression) category. There have been significant advancements in the treatment of severe and persistent mental illnesses through medicine and psychotherapy, helping people to overcome disabilities related to these illnesses and to recover. Recovery and empowerment can be advanced even further by participation in self-help efforts such as The Awakenings Project.

The Healing Power of Creativity

People familiar with psychiatric illnesses understand the painful loss of purpose and self-esteem that often accompanies these disorders. The arts can heal some of these wounds, providing individuals who struggle with these disabling illnesses hope, purpose and a sense of identity. Self-expression through art—whether it be in the form of painting, writing poetry or short stories, playing a musical instrument or composing a piece of music, or writing, producing or playing a role in a dramatic production—is a purposeful and optimistic activity. The artists plan exhibits, look forward to upcoming shows, grow and develop their artistic talents. They receive positive feedback, field questions about their art, and also make sales or win commissions. Writers, on the other hand, find vindication in seeing their work published in an attractive and reputable journal, The Awakenings Review.

The Support of Community 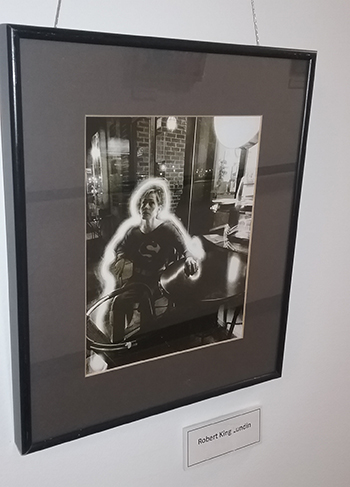 Joining together with other artists, writers, musicians and thespians in a focus on creative activity has healing power and helps individuals struggling with mental illness overcome the social isolation that their illness often imparts. The community and network of support reaches far beyond the walls of the studio, resulting in long-lasting friendships and collaborative relationships.

The Discovery of Confidence 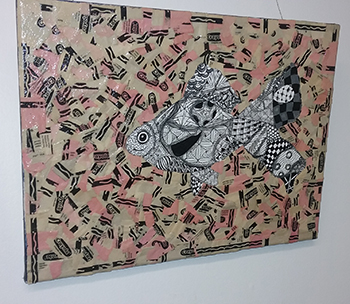 Persons with severe mental illnesses often experience stigma and discrimination by a society that views mental ill health in a different light than physical ill health. Caricature portrayals of people with mental illnesses are heavily biased toward bizarre or violent behavior (which is actually no more prevalent than in the general public). Understanding and acceptance of people with mental ill health can be advanced through projects like Awakenings. Exhibits, writings, performances, and community activities make a statement that persons with mental illness are highly capable and talented people wishing to contribute positively to society. Social researchers agree that gaining or regaining power over our lives is essential to overcoming stigma and achieving our greatest potential. Art is one mechanism to facilitate empowerment and foster recovery. The personal growth and improvement in socialization skills, confidence and self-esteem in the Awakenings participants is phenomenal.

Giving Back Through Contributing

One of the most rewarding things Awakenings artists do is to help others and give back to the community. For two years, Awakenings artists worked weekly with other artists, residents of Wheaton Care Center (WCC), to bring out their potential to create sometimes functional and always beautiful pieces of artwork. With support from a grant received in 2008 from the now defunct Hinsdale Center for the Arts, acting as a re-granting agency of the Illinois Arts Council, Awakenings was able to expand its Arts in Nursing Homes Project to include both WCC and DuPage County Convalescent Center (DPCC). The groups were project-oriented, and each member of the group created a functional and beautiful piece of artwork with a little help from Awakenings. There were fabulous, well-attended opening receptions at both WCC and DPCC.

One of the larger projects Awakenings completed was a mural on the psychiatric unit at Good Samaritan Hospital. It took over 20 artists several months to complete. On June 23, 2005, there was a celebration of Awakenings’ first mural at Good Samaritan Hospital, with an opening reception held as part of the Brighter Beginnings in Mental Health Program, sponsored by AstraZeneca Pharmaceuticals.

Good Samaritan liked the first mural so well, that in the summer of 2007 the Awakenings artists were invited back to work on murals for the geriatric psychiatry unit. These were more realistic, and meant to evoke memories in the elderly patients on the unit. There were awnings, porch swings, wildflowers, a diner sign, a tree with all seasons, and a grape arbor.

Awakenings was the winner of the “Outstanding Contribution to Recovery by a Non-Profit Organization” award from the Irwin Foundation at Celebration Recovery in 2006. Awakenings also won a “Stigma Busters” award from Ecker Center at the Elgin Country Club in 2010, and in 2015, was selected for the 2015 Best of Elgin Award for Non-Profit Organization. The Best of Elgin Award Program was created to honor and generate public recognition of the achievements and positive contributions of businesses and organizations in and around Elgin. Their mission is to raise the profile of exemplary companies and entrepreneurs among the press, the business community, and the general public. The selection process does not include nominations, voting, contests or surveys. The Award Program uses only empirical data supplied by independent third-parties as input into their award algorithm.

Visit www.awakeningsproject.org for information on the group’s events, exhibits and activities, including a CD of music and poetry by Awakenings artists and open studios. Follow The Awakenings Project Group on Facebook by looking up the group or page. 

Back to the December 2017 Newsletter