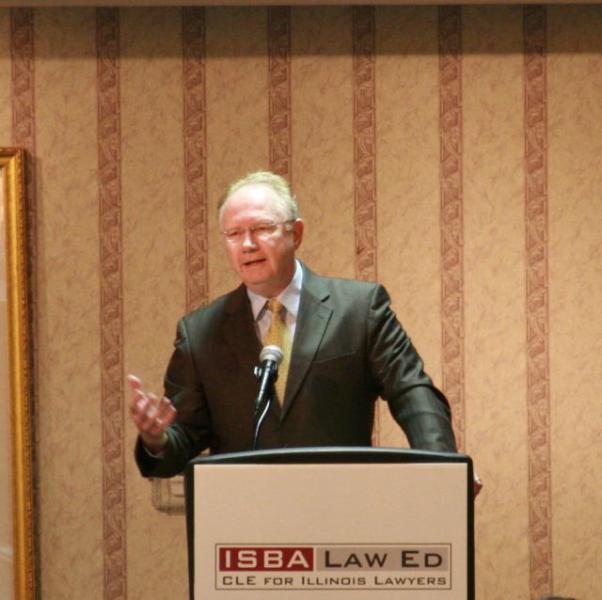 Kilbride detailed his start as a young lawyer making $14,000 a year in 1981 at the Legal Aid clinic in Rock Island. He represented workers laid off during the early 80s recession from local factories.

Kilbride left the clinic to join a small law firm in 1987. He did insurance defense work and made partner, but became unhappy with the long hours and lack of control. He left and went out on his own in 1993.

He applied for associate judge three times, losing out each time. He finally won a much larger seat in 2000, joining the Illinois Supreme Court.