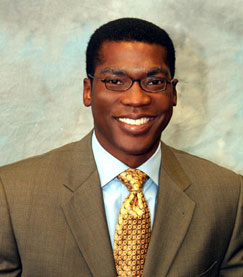 Jean A. Kenol, an attorney with the Joliet law firm of Mahoney, Silverman & Cross, LLC, has been appointed to an at-large Board of Governors seat of the Illinois State Bar Association (ISBA).  The 27-member board directs the operations and activities of the bar association.

ISBA President-elect John E. Thies nominated Kenol at the May 18 meeting of the Board of Governors. The Board approved the appointment of Kenol to a two-year term beginning at the ISBA Annual Meeting in June. The at-large board seat, subject to nomination each year by the incoming president, was established in 2011 to reflect under-represented segments of the association in its governance.

A native of Brooklyn who grew up in Joliet, Kenol practices law in the areas of corporate and business, real estate, zoning and land use, and local government law. He has represented clients in a wide range of matters from single-family residential real estate closings to multi-million-dollar commercial transactions.

In the Joliet community, Kenol is a board member of United Cerebral Palsy of Will County and the Joliet Region Chamber of Commerce & Industry. He was a commissioner on the Joliet Police and Fire Department for two years and president of the Notre Dame Club of Joliet.

Kenol attended the University of Illinois College of Law on a full tuition Lincoln scholarship and received his law degree in 2001. He received a B.A. degree in Government from the University of Notre Dame in 1998, where he participated in student government, campus ministry, several intramural sports and served as a resident assistant.

Posted on May 24, 2012 by Chris Bonjean
Filed under:
ISBA News
Chicago Area
Topic:
Board of Governors